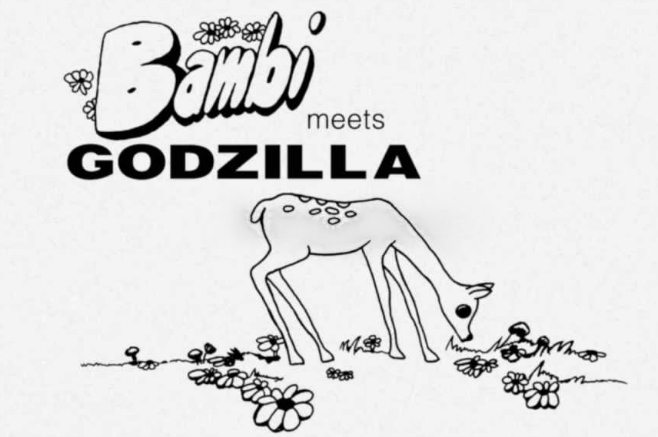 A fifty-second build-up, followed by a five-minute laugh. We’re guessing this is the kind of response this little animated gem from Marv Newland usually received when it played for crowds at midnight-movie showings in the 1970s. One of the greatest examples of simplistic animation, BAMBI MEETS GODZILLA was produced only after Newland couldn’t complete a live-action film he was working on. He actually created the short while he was renting an apartment from Adriana Caselotti, the voice of Snow White from the Disney classic. Talk about irony!
I’m guessing many of DG’s readers have seen this one, but for those who haven’t, be warned Bambi’s mother getting shot in the original BAMBI (1942) can’t match the horror of this hilariously demented masterpiece. Enjoy!
And, since we like happy endings here at DG and love Bambi’s mother, Andy Vanderbilt has gone ahead and conceived an idea as to what this film could have also been about… 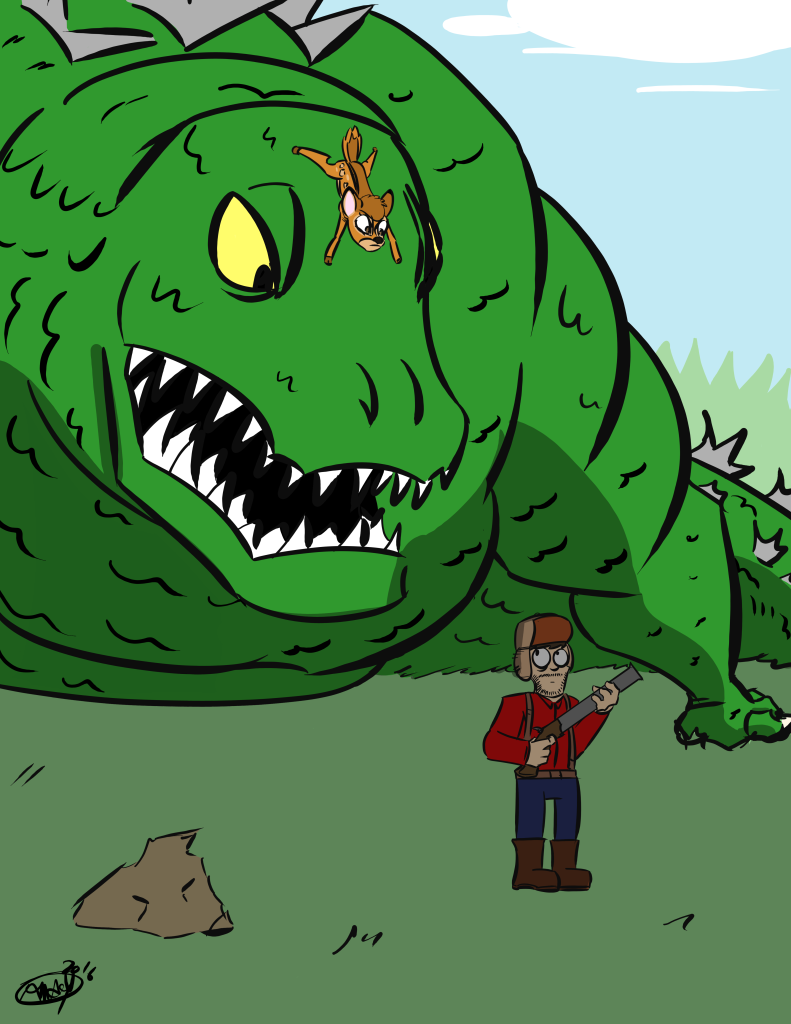