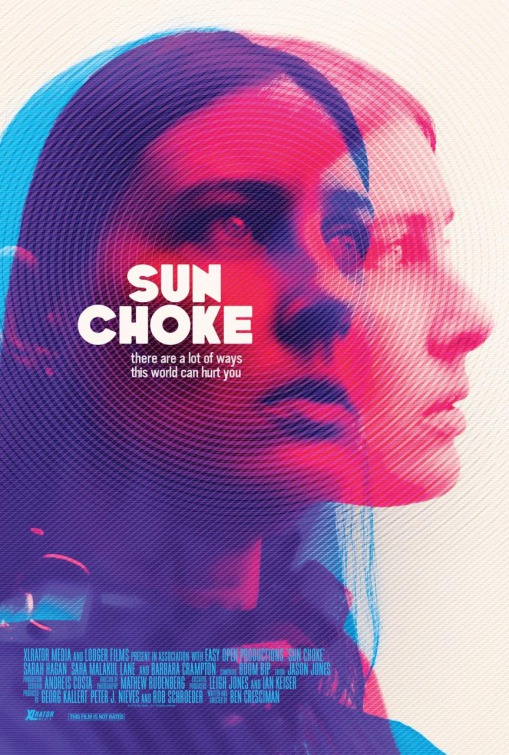 SUN CHOKE (2015) kicks off by introducing us to Janie (Sarah Hagan) and her caretaker, Irma (Barbara Crampton). The two women live in isolation in a sprawling home tucked away in the hills of Los Angeles, carrying out a daily routine that reads like an US Weekly column about a Hollywood starlet’s holistic approach to life. But when Irma gives Janie a bizarre psychological test, asking her to color a picture to meticulous specifications, we’re given a hint that not everything is what is seems here. Finally, when Irma tells Janie that she has spoken to her absent father and that they both agree she is making significant progress, we realize that Janie’s odd routines, her seclusion and her psychological analysis are the result of a mental breakdown. Janie is only trying to get better.

But all of Janie’s hard work comes to a crashing halt when she ventures out of the house for the first time. While driving through a neighborhood, she sees a woman named Savannah (Sara Malakul Lane), whom she initially mistakes for her own doppelgänger, thus kicking off a dangerous obsession. On her subsequent trips outside of the house, she begins stalking Savannah, following her down the streets of LA, watching her in coffee shops and even following her back to her apartment. Janie is disappointed to discover that Savannah has a boyfriend (Riley Litman) and she has a visceral reaction when spying on the two having sex, breaking down inside of her car and passing out after a panic attack.

Despite this, Janie doesn’t give up on her obsession with Savannah; instead, the two awkwardly become friends when Savannah finds Janie asleep in her car the following morning. Janie breaks into Savannah’s apartment more than once, even taking a shower while Savannah is out which culminates in a wonderfully tense and disturbing scene where the police search Savannah’s apartment while Janie hides. Ultimately, Janie’s destructive obsession with Savannah brings on severe consequences, as it directly counters with Irma’s attempts to keep Janie’s darkness at bay.

This clash is truly one of the most interesting aspects of SUN CHOKE, the dichotomy between Janie’s true self and the idealized versions that both she and Irma are trying to instill. Through therapy and routine, Irma is doing her best to revert Janie back to a childlike state of bliss and innocent. She repeatedly urges Janie to be a “good girl” and is increasingly distressed by Janie’s obsessive behavior and her rule breaking. Although Irma doesn’t know exactly what Janie has been doing, she knows what she is capable of. Likewise, Janie also sees an idealized version of herself but it is not Irma’s vision of a “good girl.” Despite her bizarre and ultimately destructive behavior, Janie does want to be normal and it is this desire that fuels her obsession with Savannah and, in the end, leads to her downfall. Janie cannot be a “good girl,” but she also cannot be Savannah.

SUN CHOKE is visually stunning and the disjointed narrative actually works in the film’s favor, helping the viewer understand Janie’s state of mind and experience the clash between her desires and her suppressive therapy sessions. Although the film has a dark ending, it’s one that makes perfect sense within the context of the film and isn’t simply done for shock value. And while we get a sense of Janie’s past (particularly when she recalls the death of her mother), feels her loneliness and eventually see exactly what she is capable of, there is still a looming sense of mystery about her. The mystery behind Janie is something lead actress Sarah Hagan confirmed existed even at the script level. Hagan developed Janie’s backstory on her own with some guidance from the film’s director, Ben Cresciman. According to Hagan, the two sat together for two days, breaking each scene down to fully craft Janie’s history and gave Hagan a deeper insight into the character. In addition to this, Cresciman gave Hagan a list of films and YouTube videos to further fill out her character. And Hagan’s hard work pays off, as she masterfully embodies the childlike fear and the cold detachment that Janie seamlessly slips between in the film.

SUN CHOKE is a haunting look at how the desire to be normal can be just as destructive as the suppression of the past. Watch it now on VOD, iTunes and Amazon. 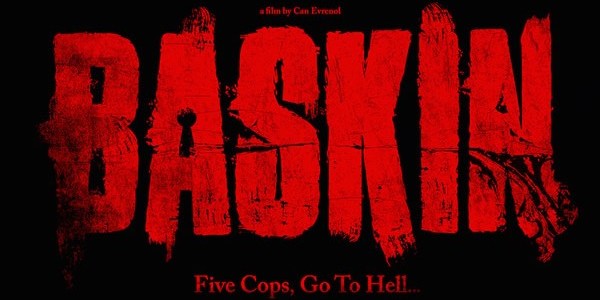 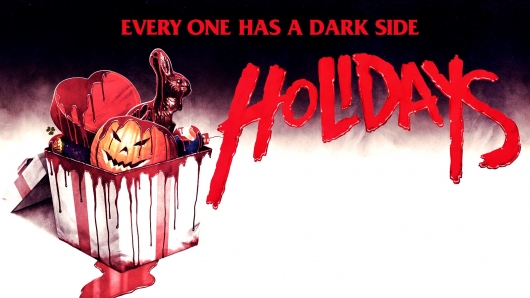 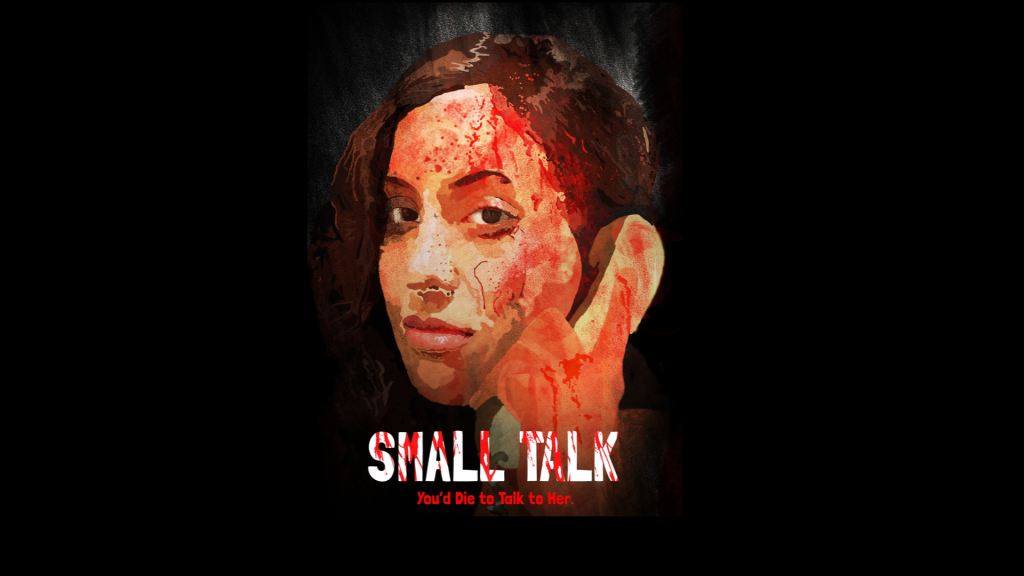 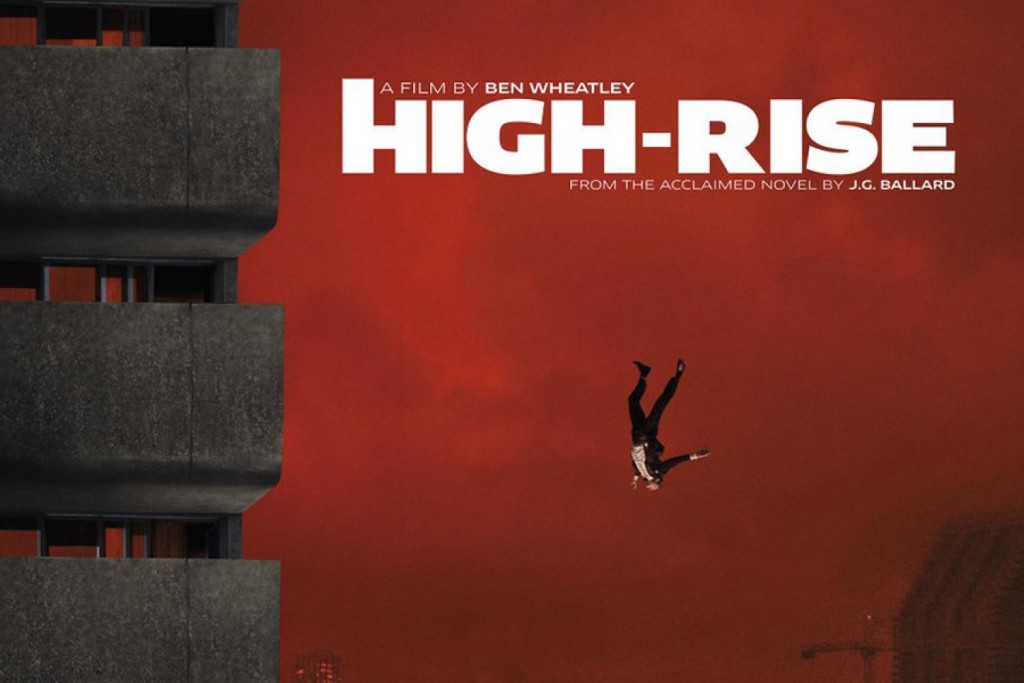