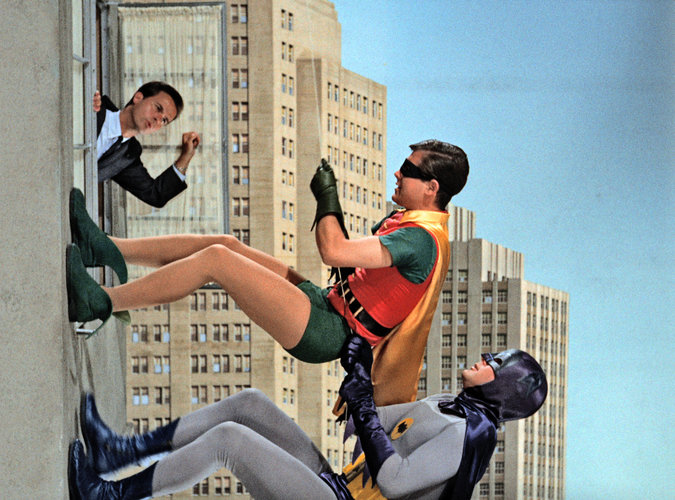 The Batman television series premiered on this date in 1966, a whopping fifty years ago. WHOP!

I loved this show as a small kid, even though I could always sort of sense it was a goof and once I discovered them, I much preferred the spookier Batman comics — I got in during the Jim Aparo/ Norm Breyfogle era, right before Tim Burton’s first movie hit. Great era for Batman and for his fans. 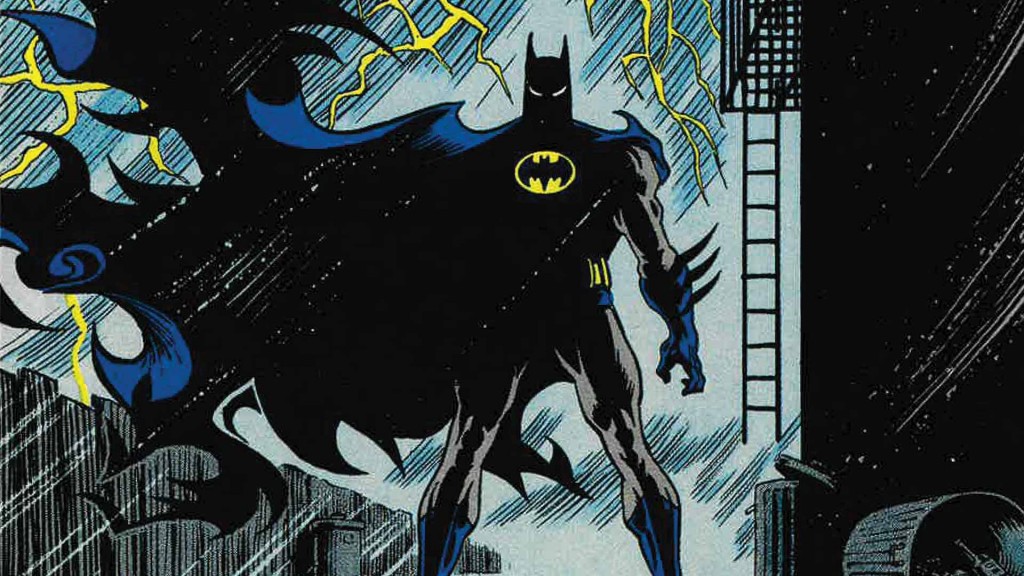 But for many, this bright, goofy version of Batman and Robin is still the defining image, sometimes for better and sometimes for worse. It pervades. Everyone excoriated Joel Schumacher for bringing the 1960s Batman into the 1990s, but in the following decade, Christopher Nolan ran so far from it that he eventually tripped and fell (see THE DARK KNIGHT RISES, or don’t).

Now you have Fox’s Gotham, a confused mess that wants to have it both ways: 1960s silliness and Nolan-esque über-grit, crowded right there together inside every episode. You kinda can’t do that. Pick one. Bat-shit or get off the bat-pot. But go too far towards either pole, superhero spoof or morose self-seriousness, and you begin to lose people. The three-season Batman TV show was proof: a terrific lark for a while, G-rated fun for a Playboy era, but it couldn’t last. (Neither can the current screen trend towards ultra-darkness, but wait and see.) 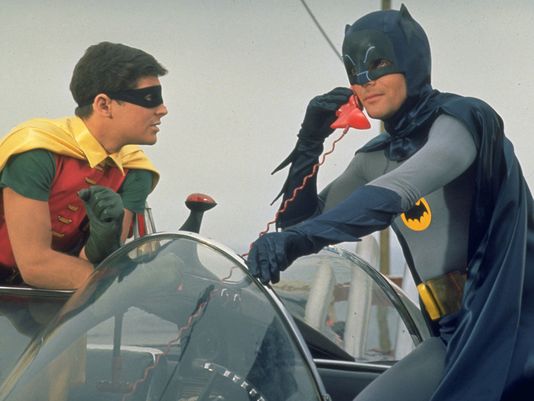 That said, there are still so many joys to be had with the 1960s series, and there even are some elements that endure — for example, the writing by Lorenzo Semple Jr. and others was sharper than you may remember, Frank Gorshin’s Riddler is still really demented and funny, and until Michelle Pfeiffer there wasn’t a slyer, sexier Catwoman than Julie Newmar or Eartha Kitt. (I could never choose!) ((No offense meant to Lee Meriwether either!)) 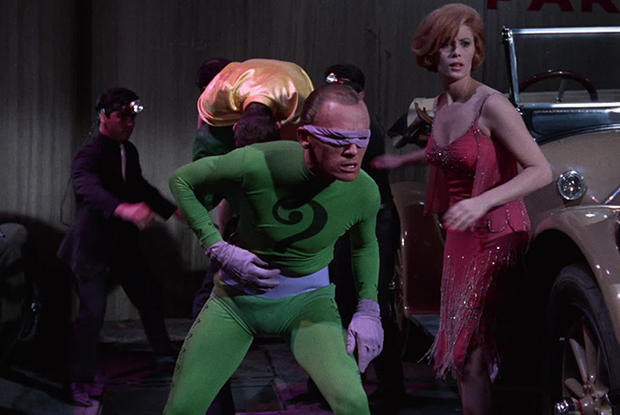 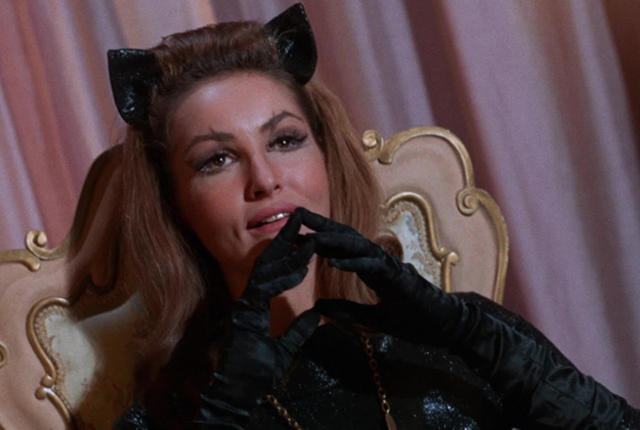 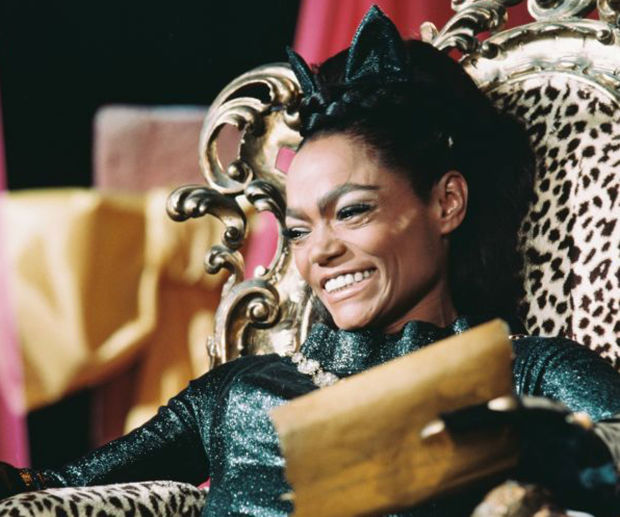 And whether or not one considers it a virtue considering the character, Adam West remains the funniest Batman. Ben Affleck may yet get there, but it won’t be on purpose. Amongst the funny Batmans — and I love Michael Keaton as much as anyone — Adam West is still the king. The show wouldn’t have worked for a minute without him. After a decade and still counting of Bat-characters scored to stormy Hans Zimmer soundtracks, there’s something refreshing to me about the idea of revisiting a lighter age. After a lengthy delay due to rights issues, the series made it to DVD and Blu-Ray last year. Fire it up!