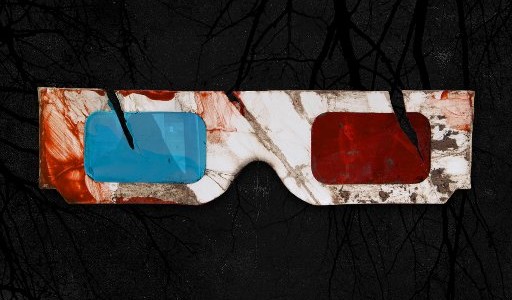 One of the highlights of the BRUCE CAMPBELL HORROR FILM FESTIVAL was the world premiere of the hotly anticipated FOUND FOOTAGE 3-D.

Four years in the making, FOUND FOOTAGE 3-D is “the world’s first 3-D found footage movie” is a rare horror comedy where the jokes and the scares both land on their feet, sitting alongside AN AMERICAN WEREWOLF IN LONDON, FRIDAY THE 13th, PART VI: JASON LIVES, and SCREAM. The meta style of humor should appeal to the nitty-gritty horror geeks as well as the casual fan who rents every shlocky, low-budget horror flick that comes to Redbox. Produced by critic turned filmmaker, Scott Weinberg, FOUND FOOTAGE 3-D features slick 3-D effects and plenty of gooey gore, nuanced performances that translate both humor and horror to the screen, and a very simple, but effective villain. The laughs in the film are the best kind, as they come from the characters and help to progress the plot, lulling the audience into a false sense of security that erupts violently in the final moments.

As it was the world premiere, most of the cast and crew—including writer/director Steven DeGennaro—participated in a celebratory Q&A after the film, which the audience certainly seemed to dig. Daily Grindhouse was on the scene.