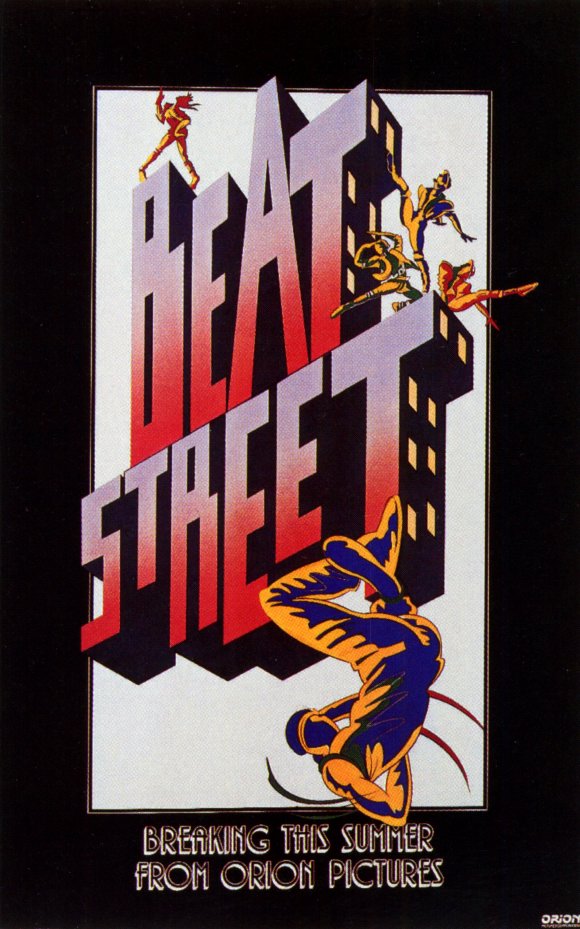 You take a gaggle of dancers and deejays, put them in the bad city, and watch as they struggle to survive/succeed. We’re not talking rocket science here. If forced to make the obvious comparison, I’d choose BREAKIN’ (and its sequel) over BEAT STREET. Probably because the former features Boogaloo Shrimp.

Fun Fact: BEAT STREET has a character called ‘Double K,’ while BREAKIN’ boasts a ‘Special K.’ I have no idea where I’m going with this.

Not-So-Fun Fact: You’ll notice *A LOT* of Puma gear throughout this flick. Though that shit was popular back in the day, it wasn’t *that* popular. Puma was one of the film’s sponsors. It would’ve been funnier, and perhaps more authentic, if the film was sponsored by Zips: