PLANET OF THE APES features one of the most famous twist endings ever, so much so that it’s reached that pantheon of movies that have likely been spoiled for any viewer at this point. But what sometimes gets lost in this is just how bleak this ending is. We learn that mankind’s preoccupation with nuclear weapons finally destroyed the planet, resulting in a warped fourth-millennium ecosystem where apes rule over mute, savage humans. Hero George Taylor (Charlton Heston) — a misanthrope so disillusioned by his own time that he blasted off into space in the hopes of returning home centuries later — is left broken, the worst fears about his own species confirmed as he wails into the void. The film abruptly ends with an eerie silence that punctuates the slow, creeping realization that PLANET OF THE APES is an allegory for its own tumultuous times, providing a wild glimpse into a possible future of man’s ruin. It emphatically insists that the ideals the Statue of Liberty represents can be reduced to metaphorical rubble if mankind doesn’t get its shit together.

What it doesn’t do is beg for a sequel. Indeed, it’s impossible to imagine anyone even wanting to follow such a bleak act. I mean, how do you even top to shocking reveal that Taylor is doomed to a world dominated by apes because of mankind’s atomic hubris? Of course, such concerns haven’t stopped Hollywood before or since from mounting ill-advised sequels, and Fox wasn’t about to leave money on the table after audiences made PLANET OF THE APES a top-five box office hit in 1968. And thank the Lawmaker for it because BENEATH THE PLANET OF THE APES is an impossibly crucial follow-up that transformed an iconic one-off story into one of the most audacious studio franchises ever made. Most franchises wait a little while before they get too wild, holding off until the blood has been so thoroughly squeezed from the stone that filmmakers are left with little recourse than to try something new. You can only watch Leatherface carve unsuspecting victims so many times until you have to introduce an extraterrestrial Illuminati plot, you know? But PLANET OF THE APES? Weird pretty much right out of the gate. 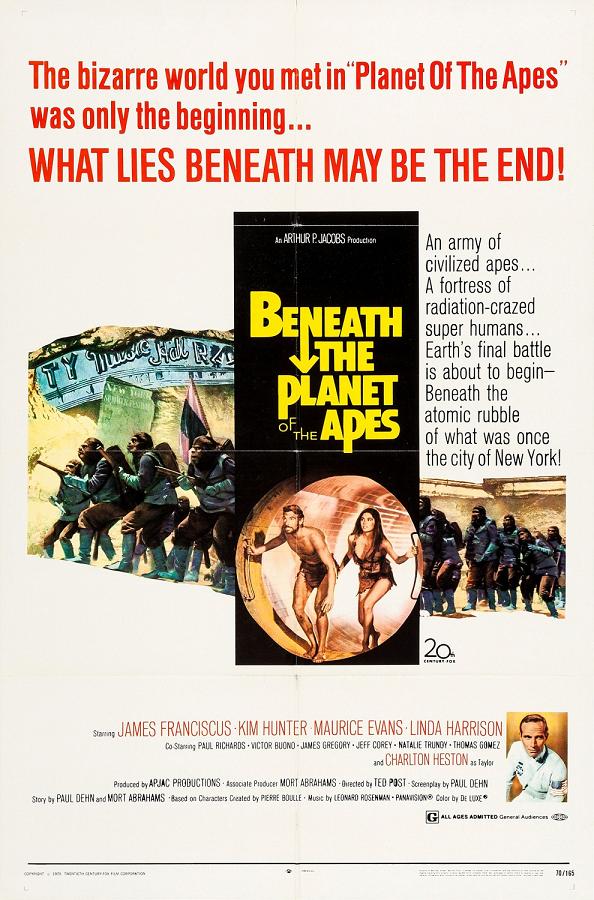 You probably wouldn’t guess as much from the first thirty minutes of BENEATH, though. In fact, you might be compelled to roll your eyes when you discover that the story hook here involves another astronaut, Brent (James Franciscus), following Taylor’s flight path and crash-landing on the same planet shortly after the events of the previous movie. Serendipitously, he happens upon Nova (Linda Harrison), now bearing Taylor’s dog tags after he went missing. Seeking answers, he arrives at Ape City, where he meets Zira (Kim Hunter) and Cornelius (David Watson, subbing for Roddy McDowall) and essentially retraces Taylor’s footsteps as he searches for his missing comrade. 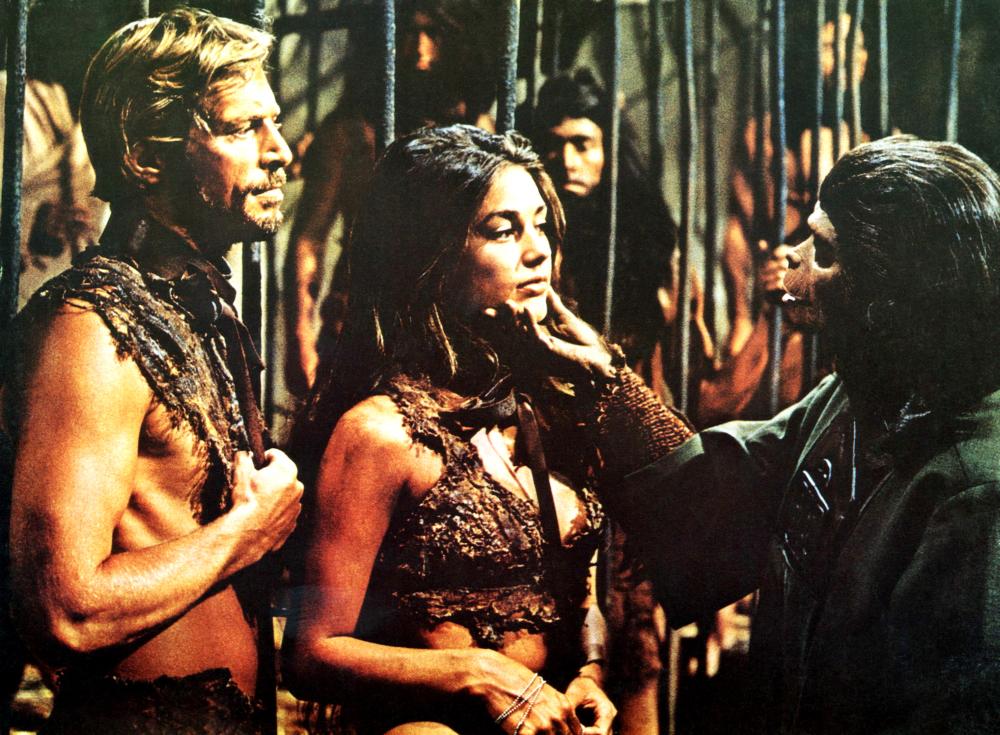 But just before the déjà vu sets in completely, Paul Dehn’s screenplay introduces some interesting wrinkles regarding the ape society, which is now under siege by external and internal strife. The threat of famine looms as the apes deal with social unrest within their hierarchical class system, the latter particularly foreshadowing the incendiary politics that would explode in later APES sequels. A scene where ape enforcers brutalize pacifist protestors conjures up visions of the very real civil unrest that defined the era of the film’s release. While it doesn’t fully commit to exploring this angle, BENEATH THE PLANET OF THE APES reveals the remarkable social conscience that would come to define this franchise. It’s one of the staunchest anti-war films ever made, as the film ultimately insists on the destructive inevitability of conflict. 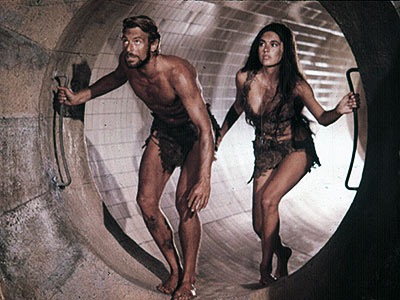 Admittedly, it’s somewhat meandering in arriving at this point, likely because the final product is a mash-up of various ideas pitched for the sequel. Heston’s reticence in returning also plays a role in the film’s jagged structure: it opens by revealing that Taylor and Nova wandered off into the Forbidden Zone, where the former disappeared by literally disappearing into a rock formation, hinting at the bizarre turn of events yet to come later in the story. As such, there’s a Taylor-sized hole in the narrative that’s filled up by the mounting unrest amongst the apes, including Dr. Zaius, who’s now confronting a crisis of faith. They, too, are now intent on exploring the Forbidden Zone but only because they want to destroy whatever they might find. One BENEATH finally settles on maneuvering all of its pieces on the board to its climactic location, it gathers tremendous momentum around its central question: Just what else lurks beyond, in the Forbidden Zone? 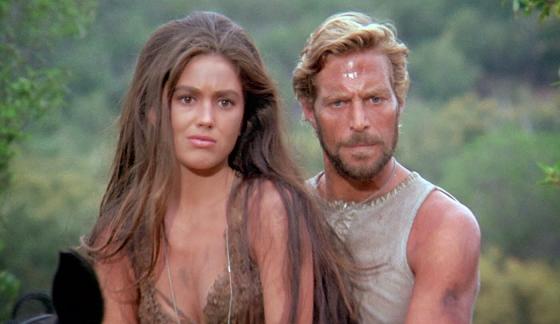 And the answer to that question is where BENEATH gets really weird.

Brent and Nova trek among the ruins of other New York City landmarks — Radio City Music Hall, the New York Public Library, St. Patrick’s Cathedral — and discover that a race of humans has survived underground. In true APES fashion, however, this isn’t good news: they’re actually a bunch of mutants with destructive telepathic abilities that literally worship at the altar of an atomic bomb. What’s more, they’ve been holding Taylor captive this entire time, effectively undercutting any notion that Heston might heroically swoop in to save the day.

Because there’s really no “saving the day” when it comes to this franchise. If that wasn’t already abundantly clear with the first film, then BENEATH bolds, underlines, and italicizes it with a daring, bold climax that features some of the most indelible sci-fi imagery ever committed to film. The underground humans peel the flesh from their own face, revealing their ghoulish features and confirming they aren’t humanity’s saviors. They sing an eerie hymn dedicated to the bomb, unaware that such weaponry unleashed this post-apocalyptic vision of the future in the first place. When the apes gather at the edge of the neutral zone, the mutants project hallucinations of fire and the blasphemous image of a bleeding Lawgiver statue to ward them off. It’s unsuccessful, of course, because violence is inevitable. (Sidebar: I dearly love what Matt Reeves did with PLANET OF THE APES, but can future iterations dare to be this weird again?) 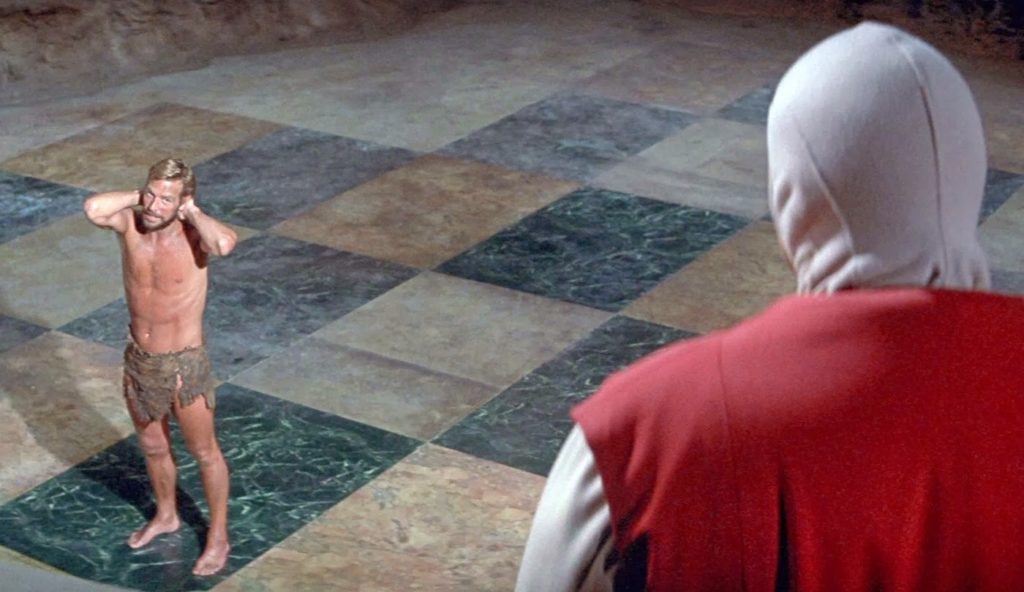 Somewhat lost in this orgiastic chaos are our main characters. Zira and Cornelius sit the climax out, and Nova perishes while Taylor and Brent hang around the margins of the fracas. Their only goal is to dismantle the bomb after the mutants arm it in an attempt to usher in something more than an apocalypse: this weapon is a doomsday bomb capable of obliterating the entire planet, a bleak end that even a PLANET OF THE APES film would want to avoid, right? Think again. Brent is mowed down by a hail of gunfire, leaving a mortally wounded Taylor with only one option: set off the bomb and nuke the entire planet. In lieu of an eerie silence, BENEATH ends with a blinding white light and a somber narration informing us “in one of the countless billions of galaxies in the universe lies a medium-sized star, and one of its satellites, a green and insignificant planet, is now dead.” It’s not just that man is doomed: all intelligent life will somehow find a way to annihilate itself — not that its existence was significant in the first place. We’re all just toiling away, spinning through the vastness of space, doomed to inevitable oblivion. 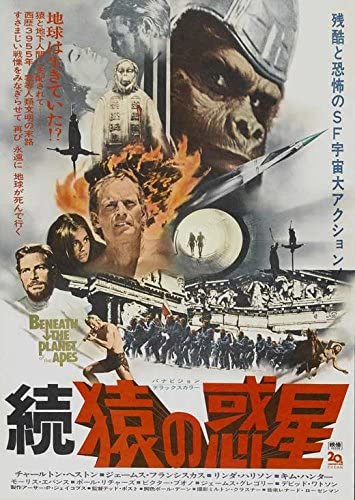 It brings BENEATH full circle: here’s a sequel that didn’t need to exist in the first place but climaxes by laying down a similar gauntlet. Follow that up, it implies as it blows away its titular planet at the suggestion of Heston himself, who didn’t want to get stuck doing this forever. Little did he know that it wouldn’t exactly work: while BENEATH ended his association with the franchise until a cameo appearance in Tim Burton’s remake thirty years later, Fox would produce three more sequels and a TV series on the back of this eminently strange entry. Its explosive finale also blew open the doors of possibility for later sequels and ensured that the grim specter of oblivion hangs over them all, thus making it the alpha and omega point of the APES franchise as we know it.