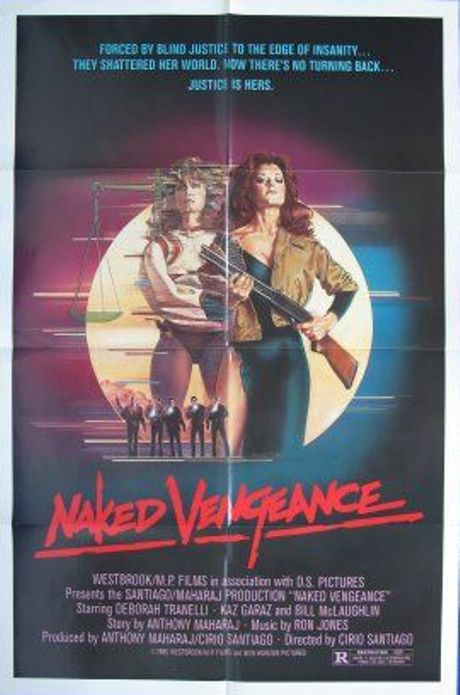 Carla Harris has the worst luck. First, her husband is shot and killed in front of her when he makes a heroic effort to stop a rape in progress on their anniversary night. Then, in an attempt to escape the trauma, she packs up and heads to the small town where her parents live, only to be harassed and ogled by the locals and ignored by authorities when she’s had enough. Finally, the offended and horned-up yokels break into her house, rape her, and kill her parents – who were unlucky enough to arrive home unexpectedly. 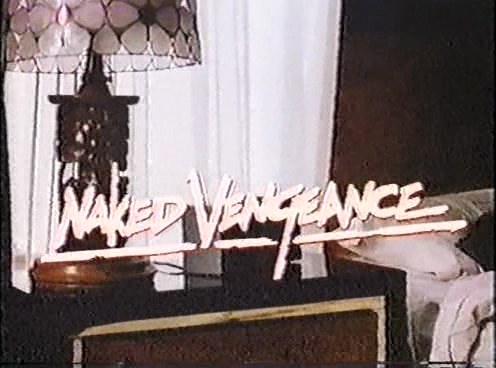 I’ve chosen to kick off my new series in which I will examine films with a revenge or vengeance element with Cirio H. Santiago’s NAKED VENGEANCE, because it does something I always appreciate in these typically formulaic rape/revenge movies: it combines elements of different films to make something a bit unique (even if by complete accident). In this case, NAKED VENGEANCE takes on a Universal Monsters vibe, having tonal similarities to FRANKENSTEIN.

After Carla (played wonderfully by Deborah Tranelli, showing way more skin than you’ll ever see on Dallas) is raped and her family killed, she slips into a coma. Awakening in the hospital and refusing to talk, she doesn’t lead on that she’s a bit more cognizant than she appears. This affords her the opportunity to slip out into the night to do as expected – take bloody revenge. While NAKED VENGEANCE isn’t very graphic, Carla’s methods of justice are extreme and painful. Her retribution is so extreme, in fact, the men see fit to seek their own. While Carla appears to everyone else as a helpless woman shocked into muteness, her attackers see past her ploy and form an angry mob. 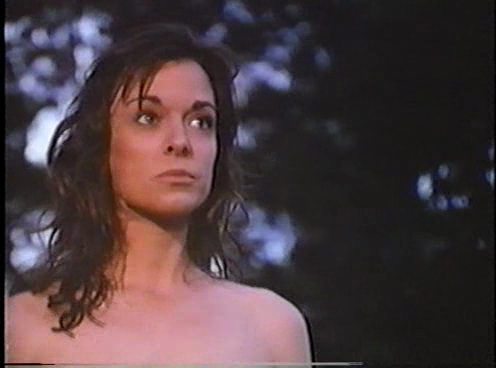 While it’s a stretch, for sure, finding parallels between Carla and other misunderstood monsters is part of what makes NAKED VENGEANCE a step above other films of its ilk, even while maintaining its wonderful trashiness. The men created a monstrous force in Carla, and their guilt drives them to immediately realize what’s thinning their testosterone-filled herd. That they band together and demand their own justice is less ridiculous than it sounds; they are frightened, demeaned, and, ultimately, angry at Carla’s choice to go all vigilante on their asses. Nevermind their propensity to engage in sexual activity by force, and lack of compassion when killing an elderly couple in front of their daughter, they are going to protect themselves – even against doom of their own making. This depth gives the film its legs. 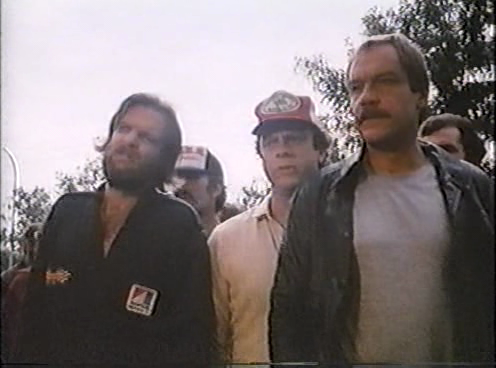 NAKED VENGEANCE is exploitation through and through- Santiago delivered the film to audiences in the latter half of the Grindhouse heyday, but his intentions were certainly no more noble than to make his own rape/revenge saga. Much like the way we look back with nostalgia and accept these sorts of films for what they are, no matter how vile they may be, because we understand that in order to capitalize on the demands of the audiences, the filmmakers must remain morally agnostic or, at worst, completely ignorant of the filth they were making. I can only imagine Carla Harris is a wonderful mistake. The question of whether her revenge fits the crime is a whole different discussion (and one we’ll get into later in this series but, spoiler, I’d argue it does not), what matters is that NAKED VENGEANCE masks it with a clever layer of scale-seesawing vaguely reminiscent of some of the Universal monster classics. The ends aren’t justified by the means, necessarily, but at least the journey isn’t entirely black and white. It makes for compelling exploitation cinema.

Bonus: Check out this, the theme song for NAKED VENGEANCE. Performed by Tranelli herself! Naked Vengeance – End Credits (Still Rather Love – Full) 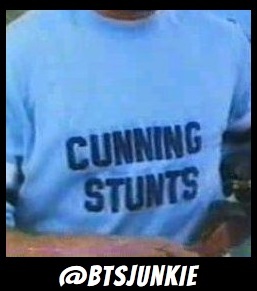