Home  ⁄  The Wire  ⁄  THE DUDE ABIDES: HOW SUPPORTING CHARACTERS DEFINE THE LEAD CHARACTER IN ‘THE BIG LEBOWSKI’ 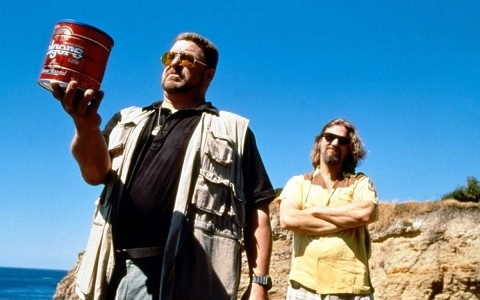 I love this movie. Really — Love. It’s the happy place I go to when my life gets complicated. I can relate to The Dude’s desire to live a simple life, and while I wouldn’t necessarily list bowling, White Russians, and “the occasional acid flashback” as my interests, I do love the fact that he knows what makes him happy in his life and doesn’t try to live someone else’s dream.

As a writer, what I love most about the script are Joel and Ethan Coen’s treatment of the characters — both the main and secondary characters. From the moment we meet The Dude in the aisles of Ralph’s we understand who this man is. I can see him now, strolling casually through the grocery store, stopping to look over his shoulder before taking a sip of half-n-half, then checking-out with a .69¢ check. I sense that The Dude meanders through his entire life in just this same way… doing only enough to get by and cutting corners where he can.

From then on, as we meet his friends, foes, acquaintances, and The Stranger, his character is fleshed out through his interactions with the other oddball characters that orbit around The Dude throughout the film. This is how I see that happening: 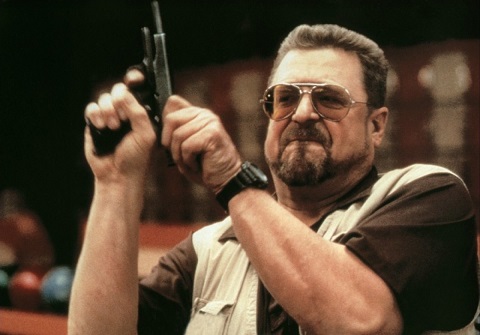 A Vietnam vet stuck in the same 1960s world inhabited by The Dude, only on the other side of the fence. In between his romanticized memories of Vietnam, Walter expresses himself mostly by reciting the high-minded ideals that influenced the ‘Era of Protest’. His emotional outbursts and rash actions frighten the peace-loving hippie in The Dude and up the ante in the plot when he goes rogue with the ‘ringer’ at the drop site.

The ultra-conservative, countermeasure to The Dude’s counter-culture political views. Deminished physically from a Korean War wound, Mr. Lebowski has made it his mission in life to be ‘somebody’ and the collection of awards on his Wall of Achievement is the facade this ordinary man has erected in order to project himself above the lowly masses, as represented by The Dude. The scene in which these two characters first meet explains their relationship perfectly for the rest of the film.

Maude. The freakishly odd, avant-garde artist is the female version of The Dude. Hear me out…  Like The Dude, she lives her life according to her own rules. She is frankly honest in her assessments of the other characters and their actions and, like The Dude, she goes after what she wants in the most efficient way possible, as evidenced by the medical examination provided to The Dude to ensure his health prior to bedding in an attempt to get pregnant.

On the surface, a viewer might see The Stranger as one of those random, entertaining characters the Coen brothers like to add to their script. I see much more in the film’s narrator. Both he and The Dude have the same philosophy about life; “Live and let live.” There’s an understanding and respect between the two characters despite (or maybe because of) their differences in background and personal styles, and it’s only natural that their ‘meeting of the minds’ would happen on two bar stools. The Dude’s relationships with each of these supporting characters are all on an individual basis, with none of them crossing paths with any of the others (until the very end when Walter accompanies The Dude to the ‘Big’ Lebowski’s mansion). This is the perfect treatment for each of them to highlight different aspects of The Dude’s character by exposing themselves to him in all their unique, glorified weirdness. We, the audience, then get to witness The Dude’s candid reactions to their eccentricities, exposing him right along with them.
You might say they “really tied the room together, man.” 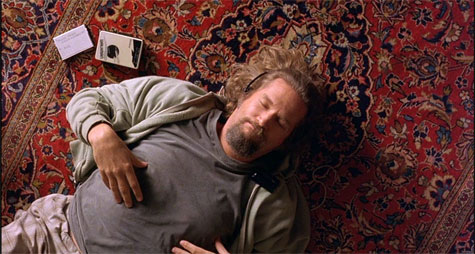 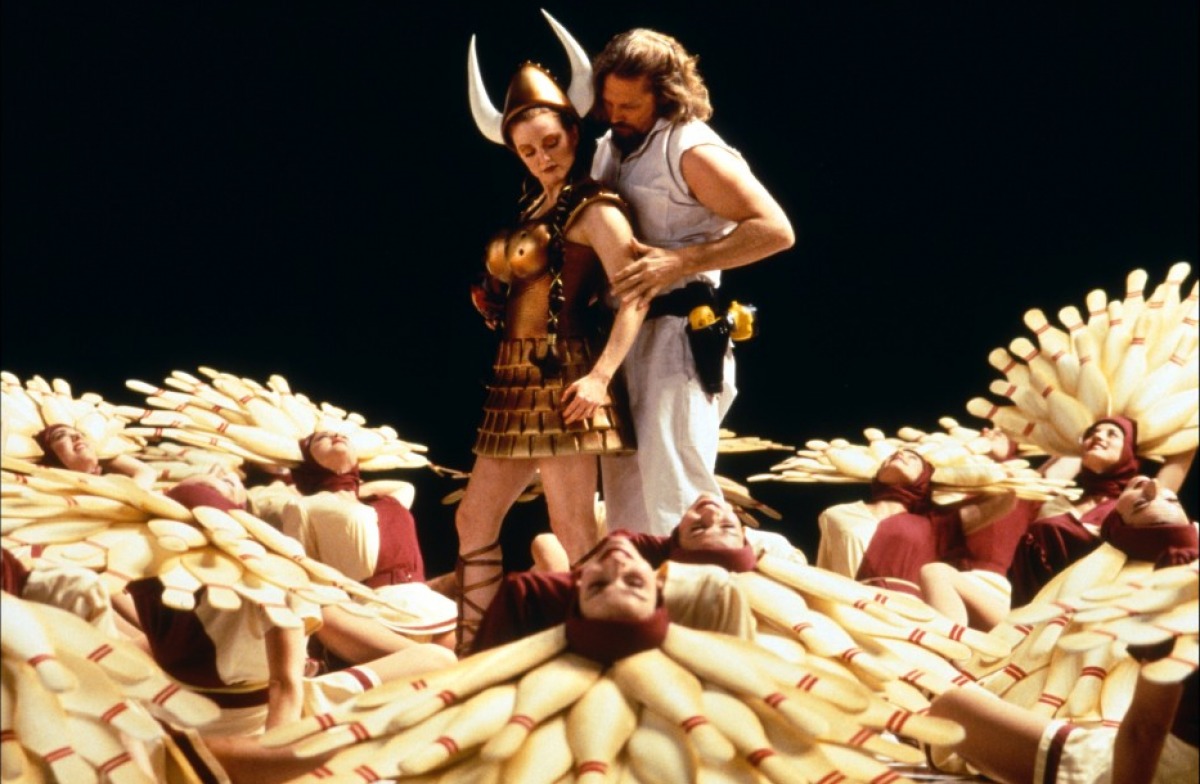 For an alternate take on the same movie, click on this sentence!