Home  ⁄  The Wire  ⁄  [THE BIG QUESTION] DO YOU HAVE RECURRING DREAMS? OR NIGHTMARES?

WHAT KIND OF RECURRING DREAMS OR NIGHTMARES DO YOU HAVE? 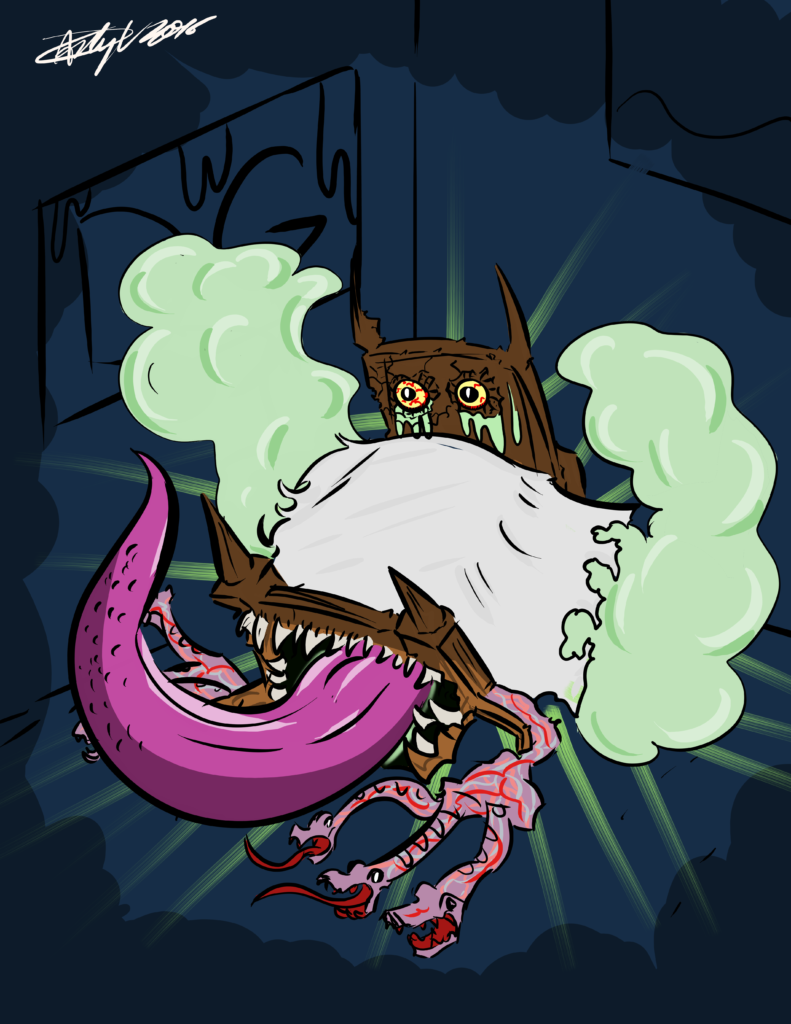 Much has been said this week about PHANTASM, in particular the dream logic of the films. Events occur without rhyme or reason — sometimes it’s scary, sometimes it’s silly, and in the case of the Lady In Lavander, sometimes it’s sexy –not unlike our own dreams and nightmares. How much of this was intended by filmmaker Don Coscarelli, particularly in regards to the original film, and how much of this ethereal movement of plot came from cutting down a three-hour film to a trim ninety minutes is arguable, but without a doubt, a dream-like sensibility permeates the PHANTASM series. For this week’s big question, the DAILY GRINDHOUSE team delved into their psyches and opened up about what recurring dreams and nightmares haunt them.

JON ZILLA: Mine are sharks. But really that’s about politics I think.

To clarify: I have a lot of dreams about great white sharks. About them trying to eat me, or people I care about. It’s not fair, because in real life they’re breathtakingly fascinating creatures who deserve our respect and protection. But in the popular culture — and yes this started well before JAWS — great white sharks are automatic symbols of mindless carnivory. They’re like zombies, but far less fragile. Less human. If you’re in the water with a great white shark, man, that’s their territory. They’re engineered by science to have the edge. They’re way stronger and way faster, and it’s a good thing sharks don’t really want to eat people because if they did, there’d be no changing those minds.

It’s interesting to me that I often have these dreams, where great white sharks are after me or my loved ones, during nights after which I’ve watched John Carpenter’s HALLOWEEN. The voiceless, expressionless, silent monster/killer quickly became a cliche in horror movies, but that movie gets as close to that sort of primal fear as possible. The determination of the killer. The inevitability of the knife. Back to the shark: Once that mouth opens wide and those rows of teeth come out, it’s over. Remember the detail of the eyes rolling back. There’s no connection possible, and at the most violent moment. You can’t see Michael Myers’ eyes either. If the eyes are the window to the soul, that guy doesn’t have one.

Deep down that’s probably my own deepest fear, that idea of not being able to reach a person I’m in conflict with, to have that failure of reason with a person. Without going too deep into it because this isn’t the space for it, there’s a whole lot of that sort of thing going on in our country right now. There are a scary amount of people who can’t be reasoned with, who are unmoved by facts or by empathy. That profoundly freaks me out. I sort of pride myself on my efforts at empathy; despite scores of missteps I always attempt to see an argument from another person’s point of view. Some folks just plain ain’t interested in trying that. That notion never even approached the edges of their minds, let alone crossed them. That’s frightening. When somebody’s that steadily convinced they’re right, that unable to see things from the reverse angle, that’s always when the worst stuff happens.

KATIE RIFE:  I had a recurring dream for years that I’m back at my old elementary school, and it’s night, and I’m wandering through the hallways looking into different classrooms where different freaky things are happening. It started before I had ever seen NIGHTMARE ON ELM STREET, but after I had seen THE SHINING.
Now mostly I just have panic dreams about being late for flights, but that’s not nearly as cool.

ANDY VANDERBILT:  I have no recurring nightmares, it’s always something new and ridiculously obscure that freaks me out.

MAC BELL:  Mine too are about sharks, but real ones. Giant, great white sharks. For years they swam through my dreams (gad, that was cheesy). As a Megalodon sized fan of JAWS (so was that), I’m guessing it’s easy to see why. Scariest dream had to be the one where a giant shark crashed some kind of party by the ocean I was attending and grabbed a poor guy by the collar and dragged him back into the sea. The dreams have slowed down, but my love of JAWS and great white sharks continues to this day.

MATT WEDGE:  I’m an insomniac, so I have to take my sleep when I can get it. This means I usually fall asleep sometime around four or five in the morning and get up around eight or nine. This, it goes without saying, is not exactly an optimal amount of time to rest. But the major problem with this schedule is that for whatever reason, when I sleep at that time of the early morning, I have nightmares where I am constantly engaged in some kind of violent battle. I’ve never been to war, so it’s not a memory. It’s simply combat where I am constantly besieged by enemies and have to keep fighting. It doesn’t make me feel fear or horror, but it does exhaust me, so I wake with the feeling of that I didn’t ever actually sleep. I’ve been through plenty of therapy to try and work this out, but I’ll leave it open to however anyone wants to interpret this. I have some ideas, but I have already revealed a bit more about myself than I’m usually comfortable sharing.

NATHAN SMITH:   Because I watched Hitchcock at a young age, I think some of his stuff has seeped into my subconscious. I’m often “the wrong man,” in many of my dreams. Guilty of a crime I didn’t commit. Admittedly, that’s a lot to unpack. Secondly, I have a lot of anxiety. So I’m always stressing about contests, things I’m writing, deadlines and worry if my kids are going to do alright in this increasingly horrific world.

Third, and lastly — there’s this guy in a dirty red and free sweater and hat who’s always stalking me…

PATRICK SMITH:  The only real recurring nightmare I’ve had is where someone just walks right up to me and stabs me in the chest, and then I fall through the earth, stars, and the pitch black cosmos, only to land into my body and jolt myself awake. The person tends to change, and in the past it’s been friends, family members, girlfriends, crushes, or just people I’ve met on the street.

And before you say anything I am WELL aware this is my subconscious working through my many many issues when it comes to letting people get close to me. I’ve gotten pretty good at getting over this and not have it affect my relationships, but I’d be lying if I said that there haven’t been a few times I’ve woken up just to see the girl who was just killing me in my dream lying right next to me, and then proceeded to fuck everything up.

Shoulda just went with that pie-eating contest I had, the one against Teddy Roosevelt where Abe Lincoln was refereeing.

MIKE VANDERBILT:  For years, I would have recurring dreams about car crashes and tall expressways, generally about my trying to get home and facing these obstacles. The car crash would never end the dream, instead just starting over like a video game. The concept of an alternate timeline, one where when my grandparents passed away when I was 19 andI moved into their house on my own, comes up constantly, as do standard-issue stress dreams. My stress dream comes in three variations on the same plot: I’m tending bar and I can’t keep up with the ticket times, I’m about to play hockey and I just can’t get my equipment on fast enough, and my band is about to take the stage and I’m out of tune and out of luck.

However, the one constant, borderline nightmare I have is a fairly common one. I’m 36 years old, and back in grade school or high school. I’m back there because in order to finish my college course, I needed to complete one credit from my past, and big surprise, I haven’t been there all semester. It’s embarrassing enough being 36 years old and back in 8th grade, but then I couldn’t even show up on time to do a simple task. I’m always quite aware of the consequences in my dream psyche, but can never take control. In some dreams, I’ve figured out that it is all a dream, and I was able to take charge, even teaching myself to fly once. (I’m also convinced that if I were to actually start writing in my dream journal instead of hitting the snooze button, I could draw map and navigate my dreamland. I’m convinced it all takes place in the same world.)

JEREMY LOWE:  When I was very young — pre-horror nerd, so we’re talking 5 or 6 years old –I had a recurring nightmare that lasted for weeks. I didn’t want to go to bed, it scared me so much. Every time I dosed off, I would see myself in a white room filled with a bright light. Then, out of nowhere, comes a thin man in a black suit, but the room is so bright, I can’t see his face. He chases me through a black door. Once through the black door, I’m in a black room, and the glowing white man with a black suit is now a pitch black man in a white suit. This keeps repeating. I run through doors, and through black and white rooms, chased by a man who is white and black. I’m terrified until I wake up.

JAMIE RIGHETTI:  I have a suffocating fear of rats that always translates into some terrifying recurring nightmares where I’m surrounded and cannot scream. And this fear also bleeds into film. Despite my love of horror, I’ve never worked up the courage to watch WILLARD (1971). I’d never be as brave as Lucy (Isabelle Adjani) in Werner Herzog’s NOSFERATU THE VAMPYRE (1979). In a city swarming with rats and canals, I’d pick the canals. Although that only calls to mind the rats swimming all over the flooded catacombs in INDIANA JONES AND THE LAST CRUSADE (1989). Nope nope nope. Here’s to tonight’s new nightmares.