“This is not the comic book story you want it to be” Sam Elliott’s Calvin Barr exclaims during THE MAN WHO KILLED HITLER AND THEN BIGFOOT. That kind of sums up the film, a surprisingly quiet movie despite the gleefully obnoxious title. It’s not a film promising to make good on the promise of so many VHS boxes that crowded the shelves of video stores. Instead, BIGFOOT is a low-key character study–albeit one punctuated with bursts of gangbusters action–as well as a rumination on loss and finding purpose in life. 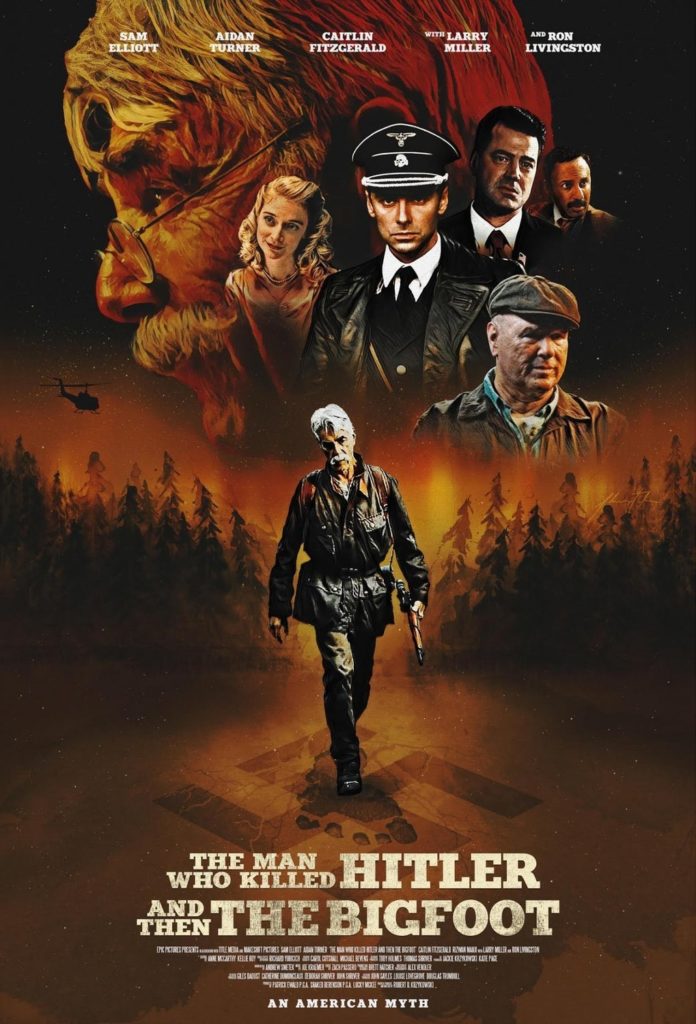 The film opens with Elliott’s Barr enjoying a quiet drink at a local tavern. Billy Squier’s “The Stroke” spins on the jukebox setting the film sometime in the early to mid-80s. Barr is accosted by a gang of young toughs demanding his car and wallet. Barr violently disposes of them one by one; this no average doddering old man in his twilight years.

BIGFOOT reveals Barr’s backstory—with Aidan Turner portraying the youthful Elliott—through flashback: meeting the love of his life, Maxine (Caitlin Fitzgerald), his relationship with his younger brother Ed (Larry Miller), and his mission to kill Adolf Hitler. It is that mission that leads a U.S. government agent to Barr’s door (always a pleasure to see Ron Livingston turn up) to recruit him to hunt and kill a Sasquatch that is wreaking havoc in the Canadian wilderness. 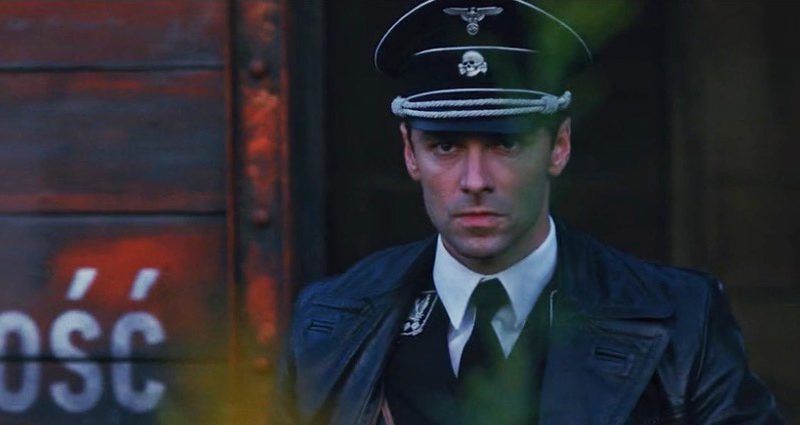 Sam Elliott—with his world weary walk and unassuming swagger—falls easily into the role of Calvin Barr. The frequent cowboy carries a weight with him as a man who is not proud of his violent past, even if the man he killed ultimately deserved it (and who deserved it more than Hitler?) At times, BIGFOOT is reminiscent of GRAN TORINO in the way it explores coming to terms with your past and realizing your purpose in this world.

John Sayles is listed as executive producer which leads me to wonder if he had considerable input on this project or if he just saw so much of himself in it. It expertly straddles the line between the wild exploitation of films like ALLIGATOR, the weirdness of BROTHER FROM ANOTHER PLANET, and that quiet introspection of Sayles’ more personal films.

When the film is at its most exploitive, it’s gangbusters, from an assassination mission on the leader of the third Reich to a hunt for Bigfoot, the action is tense, fast, and furious. The Bigfoot design by Douglass Trumbull—still a master at his craft—is wonderful gnarly, recalling his work on 2001: A SPACE ODYSSEY. Elliott versus the Bigfoot doesn’t get much screen time, but it doesn’t need it; it’s a cog in a much larger, and honestly much more interesting story.

Writer/Director Robert D. Krzykowski really came up with something wonderfully weird, surprisingly sweet, and rather special with this one. THE MAN WHO KILLED HITLER AND THEN BIGFOOT is not the movie you expect, and that’s what makes it a truly pleasant surprise.