At this point in cinema’s history, the Score (as opposed to the Soundtrack) is more or less taken for granted. The average moviegoer doesn’t necessarily notice a movie’s score, but if that score were to be removed, they’d realize right away something was amiss. Thanks to the last few decades of film score preservation and presentation, however, the score has begun to receive its due as a piece of work both part of the larger film it was written for as well as one all by itself. Below are some of the scores that not only accompanied some great films of 2019, but managed to transcend them as well. 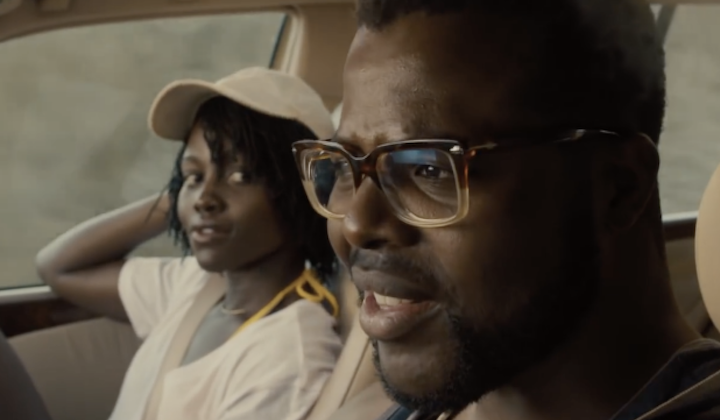 Finding an appropriate tone for a movie that’s both a drama about two kids growing up in Nazi Germany as well as a satire about how hate and prejudice are inherently buffoonish is no easy task. Fortunately, writer-director Taika Waititi enlisted the help of maestro Giacchino, who has traversed numerous genres in his work, as well as shown a knack for finding a film’s emotional center. As such, Giacchino creates a score that is a little jaunty, a little playful (complete with a patriotic march with German lyrics), and a lot heartfelt. His theme for Jojo himself is, like the film, remarkably empathetic.

Alexandre Desplat has composed music for a wide range of films, from major blockbusters to small indies to Oscar winners. Through it all, his gift for supporting an ensemble of characters has shone through, due in part to his ability to track the emotional arcs of a collection of individuals one by one. That gift serves him especially well in supporting Greta Gerwig’s LITTLE WOMEN, as he presents a score that combines a 19th century flavor with a modern-day rhythmic drive, his strings as lush and complex as the March women themselves. The finale of Gerwig’s film is a rollercoaster of nuanced emotions, and Desplat tracks each one in his closing suite entitled “The Book”:

Adam Robitel’s January release was an exercise in pure genre tension, and Carey & Tyler’s score fits that ethos like a missing puzzle piece. Propulsive and grungy, the ESCAPE ROOM score not only supports the film but doubles as a great workout companion, too, given its roots in electronica. There’s always a driving rhythm in the score, and one cue where this is best heard is “Compression,” which utilizes the sound of a tumbling lock falling into place like a ticking clock, building and building to a cacophonous crescendo:

Jordan Peele’s sophomore horror feature is, amongst other things, a study in duality, and Michael Abels’ score takes that notion and runs with it. He weaves a sickly, deranged string section underneath many of his cues, representing the “Tethered” people who eventually rise up from their underground lair to menace their above-ground counterparts. Famously, Abels twists and contorts the Luniz track “I Got 5 On It,” making it a Tethered version of itself, but the score’s centerpiece is also the film’s, in which Lupita Nyong’o’s protagonist does a “Pas De Deux” with her Tethered self, highlighting just how connected the good and evil sides of these characters really are.

Ari Aster’s MIDSOMMAR, unlike most horror films, is visually bright and sunny, set in a pastoral Swedish countryside. That being said, it’s unmistakably a horror film, and Bobby Krlic’s score never lets the audience forget that. Screeching strings, odd custom made instrumentation, chanting, and more are all a part of the Cult Horror stew that Krlic concocts, building a bed of unsettling tension for the movie to lie in. Yet he never forgets the emotional arc of Aster’s film, following Florence Pugh’s Dani through her arduous breakup, and as her story comes to a climax with the end of the Hårga’s ritual in the “Fire Temple,” the payoff is fairly astounding:

The FIRST CLASS-saga of X-Men films came to a close with a whimper in DARK PHOENIX. However, if you were to listen to Hans Zimmer’s bombastic score in isolation, you may not be able to guess that. Supposedly Zimmer’s final superhero/comic book film score (we’ll see), the prolific composer goes all out, creating an aural soundscape that emulates the tortured mind of mutant Jean Grey (Sophie Turner) as her new cosmic powers cause her telepathy to go into overdrive. A chorus of overdubbed voices turn into percussive backbeats as Zimmer’s orchestral ensemble goes mad, providing the film with the apocalyptic tone it otherwise struggled to convey. Pick up a copy of Chris Claremont & John Byrne’s “The Dark Phoenix Saga” and throw on “Gap,” and see how perfectly he captured the mood of the classic X-tale even when the film faltered:

Bear McCreary is one of the hardest working composers in Hollywood today, and with good reason—the guy writes great score after great score, his gift for melody and intricate arrangements allowing him to put out work that’s on the level of a Williams or Goldsmith. In 2019 alone, he wrote scores for CHILD’S PLAY and HAPPY DEATH DAY 2U that almost made this list. But the victor, unsurprisingly, is Godzilla, as McCreary’s score for KING OF THE MOSNTERS is as rich, huge, bombastic and enjoyable as the big dude himself. McCreary is an unapologetic geek, a quality that complements director Michael Dougherty’s unapologetic geekiness nicely, as the composer highlights the appearances of Gojira, Mothra, Rodan and other kaiju with musical references to their classic themes. He even arranges highlights like a rousing version of Akira Ifukube’s 1954 theme for the album, as well as an orchestra-backed cover of Blue Oyster Cult’s “Godzilla.” Yet his score proper is also a highlight, bringing mythological and emotional weight to a giant monster movie in cues like “Goodbye Old Friend”:

Taking the classic teen comedy and completely updating it with a new perspective, Olivia Wilde’s BOOKSMART is one of the hippest movies of 2019, so its score could be no exception. Fortunately, she hired prolific record producer/artist Dan the Automator. Having done projects like Gorillaz, Deltron 3030, and Handsome Boy Modeling School, it’s no surprise that Automator brings some great breakbeats and mixes to the score. What may be surprising is how he’s able to key into the film’s bittersweet subtext, as best friends Amy (Kaitlyn Dever) and Molly (Beanie Feldstein) slowly face the reality that their lives are about to change. Automator best showcases this tender quality in his cue “Amy Devastated”:

Max Richter has a career all his own in the world of contemporary classical music, so his appearances as a composer for film and television is a no-brainer. Richter’s ambient minimalism is especially well suited for science-fiction, being music that’s both cerebral and eminently human, and those two qualities are especially seen in James Gray’s AD ASTRA. Richter provides a series of soundscapes for the vastness of outer space while maintaining a gentle, contemplative, almost whisper-quiet theme for Brad Pitt’s Roy McBride, traversing the stars looking to reconnect (literally and figuratively) with his father. All these aspects—a warbling electronica, a gentle string section—can be heard in the cue “A Trip to the Moon”:

As I touched upon at the beginning of this article, there’s a lot of debate about what a score can and should be. During the studio system days of Old Hollywood, there was a guideline that scores should support the film but be imperceptible otherwise. In the heyday of John Williams, scores became catchy, hummable music that could be enjoyed separately but always evoke memories of the movie it was from. Daniel Lopatin (neé Oneohtrix Point Never) created a signature score for the Safdie Brothers before in 2017’s GOOD TIME, but his score for their 2019 gambling opus UNCUT GEMS is a new watershed moment for film music. Lopatin’s score isn’t an invisible support system for the movie it’s written for, nor is it a totally separate work that can easily be divorced from the exploits of Adam Sandler’s Howard Ratner. 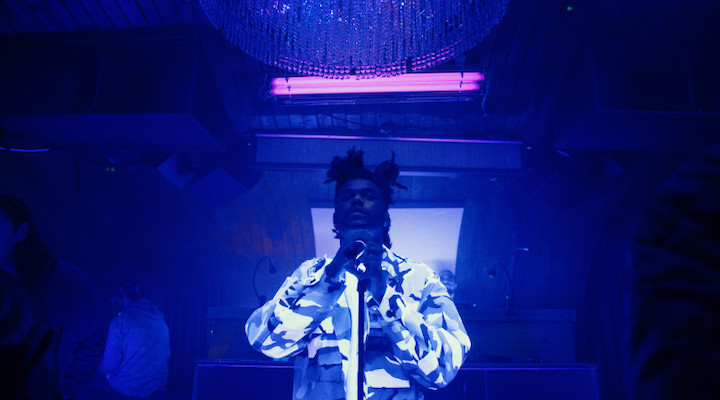 Instead, it’s some unholy hybrid of the two, a score that sounds almost entirely alien in its constantly changing rhythms and tonalities, one which doesn’t seem to conform to what’s happening on screen and yet feels completely perfect for it. The Safdies tell Ratner’s story with a combination of elements (Sandler! Immersing himself in a character!) and tones (laugh lines followed directly by unsettling moments delivered by non-actors) that Lopatin’s music completely supports by doing its own thing, going off into another dimension just as the characters’ seem to do once under the influence of the priceless gems they covet. The cue “The Ballad of Howie Bling” is as good an introduction to the score as any, and acts as a sort of mission statement. Perhaps it’s one not just for UNCUT GEMS, but for film scoring in general: it could go anywhere from here.