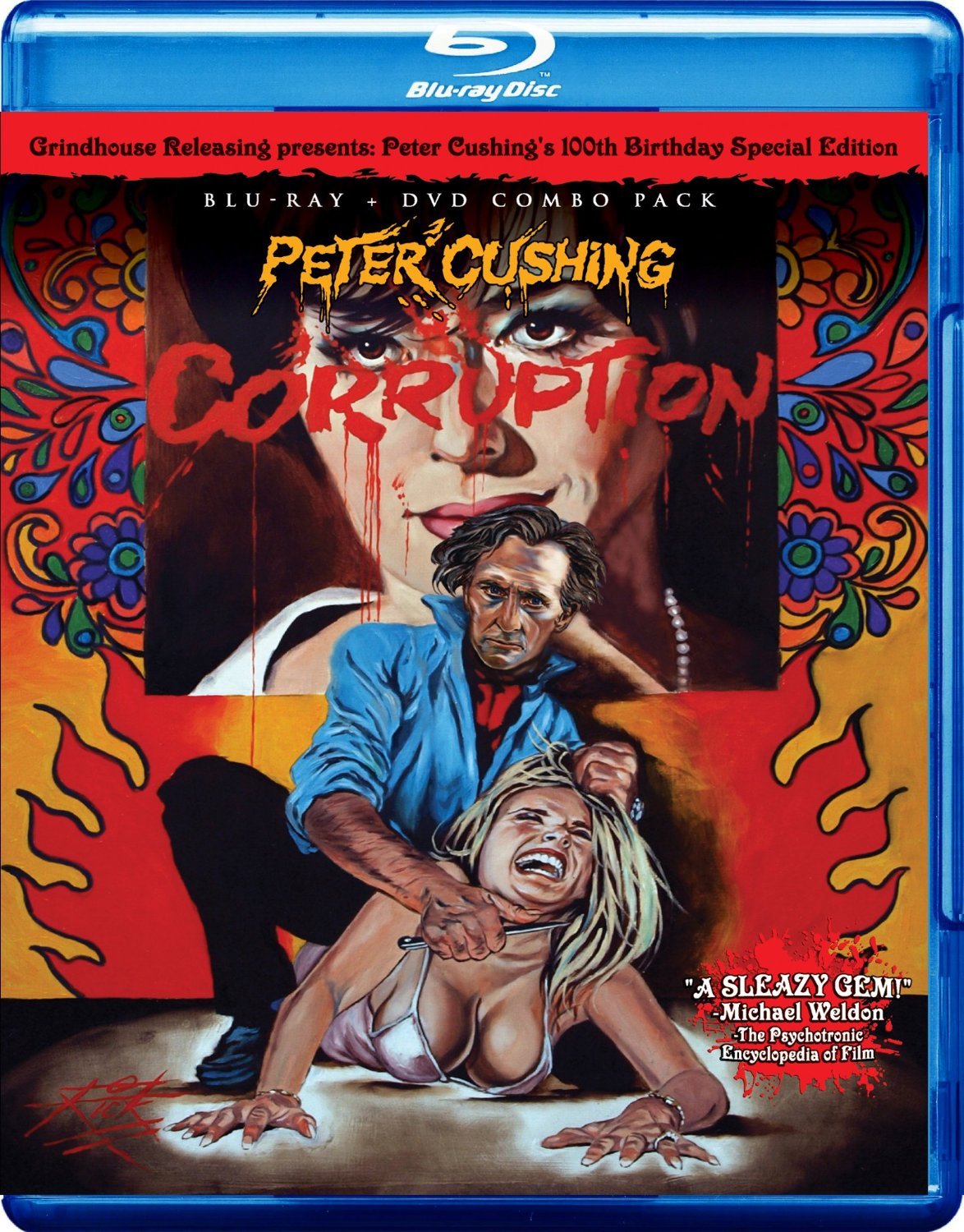 So let’s get this out of the way. Without hint or preview, let’s make one thing clear before we jump into the bloody badass that is CORRUPTION. This is, to date, the best thing Grindhouse Releasing has dropped into the crowded marketplace of exploitation cinema for home video. Actually, I’ll go one step further: this may be one of the most important home video releases of the year for a number of reasons.

For the first time, CORRUPTION is coming to Blu-ray and DVD in a remarkable transfer in two versions: the US/UK version and the unedited International version. This is reason enough for my boasting, but more importantly, this release shows a dedication to quality and value that we rarely see in the exploitation market. There is a Criterion level commitment to every piece of this release; in fact I think it may be better. There are a few companies that consistently do great work with their titles and catalogs, but this is one of the best releases I’ve seen for an exploitation title (or any other title for that matter). With this release, I think Grindhosue Releasing is on their way to becoming the Criterion of exploitation cinema. Hopefully they can sustain this momentum. Let’s break down this bad boy, the sooner we wrap this up the quicker you can order this good shit which is limited to 2,000 copies so we have to get to gettin’.

Peter Cushing stars as Dr. John Rowan an older surgeon dating Lynn (Sue Lloyd), a much younger model with a “look how beautiful I am” complex that runs a mile wide. While at a party in swinging London (complete with a tripped out scene and body paints), Lynn convinces a slimy photographer to take pictures of her that grow increasingly sleazy. When Dr. Rowan steps in to end the parade a hot lamp is knocked over in a drunken scuffle and lands on the lovely face of Lynn, causing her to be severely burned. Dr. Rowan soon discovers a new procedure which can restore her skin, it just inconveniently requires fresh flesh from bouncing young beauties and it is here the carnage begins. 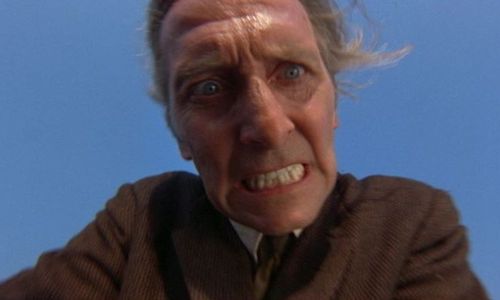 CORRUPTION is essentially a riff on EYES WITHOUT A FACE, though done through a psychotronic lens. It lacks the atmosphere of that film and the creeping subtlety, but it more than makes up for its shortcomings by featuring one of the best performances of Cushing’s career. Though he called the film “gratuitously violent, fearfully sick,”Cushing recognized the strength of the script and the potential to play with the duality in the role of Dr. Rowan. Cushing has been in better films, but the nervous descent into a hesitant murderer is incredibly compelling to witness. 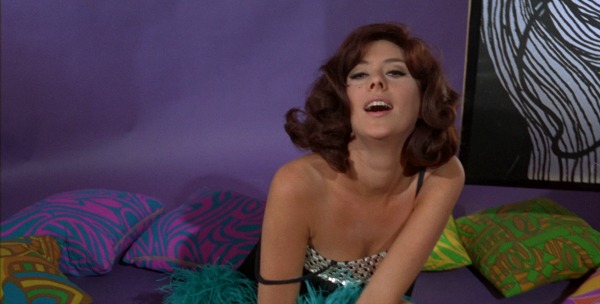 Sue Lloyd is more than passable as the encouraging girlfriend, pushing Cushing’s Dr. Rowan to the edge and beyond, but the rest of the cast seem to be playing tug-of-war between hammy and bored. Though Kate O’Mara (who would later appear with Cushing again in THE VAMPIRE LOVERS) is passable as a wandering hippy that runs into the wrong way of a sharp blade, the other hippies who come searching for her are miscast and nearly as distracting as the bad jazz that undercuts some of the gruesome moments. Had this film trimmed some of the superfluous characters and axed the STRAW DOGS style third act, we could be discussing a classic film instead of an unnecessarily hidden gem. 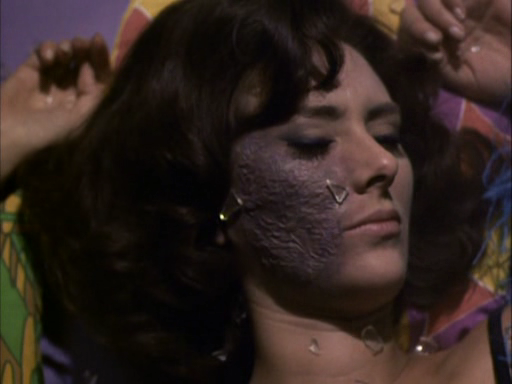 Directed by Robert Hartford-Davis, a journeyman director specializing in the sleaze and tease of seedy cinema, CORRUPTION feels very much like a swinging version of a Herschell Gordon Lewis production. Gone are the lush sets, brisk plots, and limited bloodshed of the Hammer or Amicus films Cushing was familiar with. In its place is copious, brutal bloodshed. You could get away with minimal gore in a Dracula film, but as the audience demanded more, the onscreen deaths became more violent and CORRUPTION epitomizes that. Note to Gordon Lewis fans: there is not any frying of heads here. Freezing yes, frying no.

CORRUPTION clearly leans on Cushing to deliver the quality we expect, but it’s the horror and occasional pitch black humor that will remain its legacy. In the world of exploitation cinema, the film rarely lives up to the trailer, the poster has nothing to do with the movie, etc. In the case of CORRUPTION, it not only exceeded my expectations, it stabbed them right in their critical arteries for one of the best home viewing experiences I’ve had this year.

• Two Versions of the Film: The original version of Corruption that played in the US and UK, and and an international version. The US/UK version is a bit dialogue heavy in the scene with the prostitute and while the reveal of Cushing’s knife is terrific, the murder is boring. In the international cut you get 100% more nudity, buckets of blood, and a really gruesome murder which I am sure gave Cushing the vapors, or whatever British people get.

• Interviews (HD): New inerviews with Billy Murray, Jan Waters, and Wendy Varnals along with an audio-only interview with Peter Cushing from 1974. The Cushing interview doesn’t anything to do with the film but does provide some context with his opinion of the state of horror films.

• Audio Commentary: Jonathan Rigby, author of ENGLISH GOTHIC: A CENTURY OF HORROR CINEMA, and Cushing biographer David Miller walk us through the film. Some great insights into the background of the cast and crew.

Any self-respecting fan of horror or exploitation cinema should have pre-ordered this by now. Absolutely, 100% essential.