EVILSPEAK is a funny thing.  Originally released in 1981, Eric Weston’s film was mostly thought of as a middle-of-the-road time passer with some entertaining moments (John Stanley referred to it as “adequate,” though Michael Weldon called it “energetic and promising”) but spent most of the next two decades in relative obscurity, confined to screenings on late-night basic cable.  Those screenings, however, probably contributed heavily to the film’s eventual cult reputation, one that’s resulted in the film playing repertory screenings and being given its third digital incarnation in the form of a Blu-ray courtesy Scream Factory and Code Red, the latter of whom was previously responsible for the film’s second (solid) DVD release.  It was a hard-fought, long-earned cult reputation, one very distinct from the would-be “cult” film SHARKNADOs of today.

But EVILSPEAK shares similarities with another 1981 film that hasn’t been so lucky with regards to growing an appreciative audience, and the differences between those two films show the difference between a movie that can eventually find its place in the world and one that never quite breaks out.  EVILSPEAK, for those unacquainted with the film, concerns Stanley Coopersmith (Clint Howard), a young orphan at a military academy who is constantly being bullied by virtually all of his fellow classmates.  His fate changes, however, when he finds a book of Satanic ritual which he utilizes in order to summon the long-dead Father Esteban (Richard Moll), and he soon places his bullies on the sharp end of vengeance’s sword. 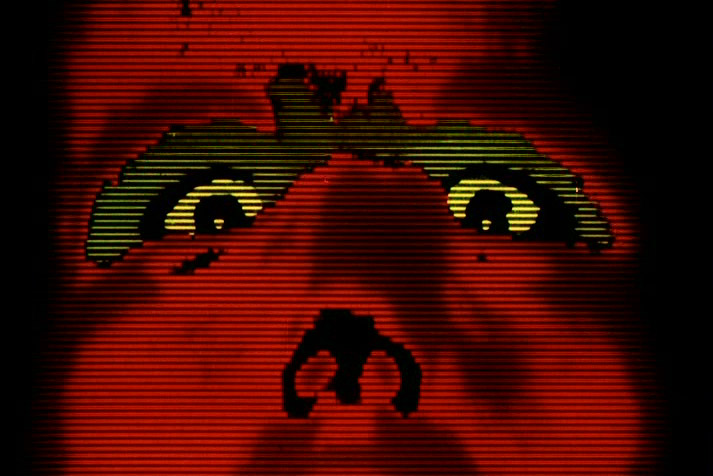 It’s a similar plot and explores many of the same themes as the same year’s FEAR NO EVIL, Frank LaLoggia’s tale of a bullied teenager who enacts his revenge on those around him by means of Satanic measures.  Sure, there are differences – in FEAR NO EVIL, the kid is actually the devil, so he doesn’t quite garner the sympathy that a picked-on orphan that looks like Clint Howard would – but they’re very similar, and both feature some fine moments of shock and have a nice sense of tone even when they don’t make a whole lot of sense.

(Also of note is that EVILSPEAK, FEAR NO EVIL and their spiritual predecessor CARRIE all feature some serious bullying in the locker room showers, a tradition I wish today’s cinematic bullies would be kind enough to continue.  It’s always nice to provide a little nudity with your torment, even if said nudity is coming from Howard.  Who, honestly, has a perfectly fine backside.  Not to promote Clint Howard as a sexually attractive being, but hell, put a bag over his head and turn him around, and you–)

Where was I?  Right, EVILSPEAK. 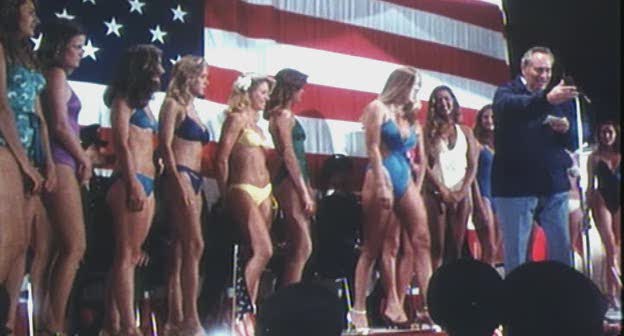 You could certainly say that EVILSPEAK is the better of the two films, and it’s a fairly easy case to argue, as despite not making a whole lot of sense, it’s well-crafted, well shot and Coopersmith is probably a more sympathetic character to root for than, well, the antichrist.  EVILSPEAK also has a great supporting cast of character vets like Claude Earl Jones, Charles Tyner and R.G. Armstrong along, so you don’t even mind that you can barely tell apart the supporting bullies.  (There’s Don Stark as the leader, and the fat one, and the other one, and the other other one!)  But it’s more than EVILSPEAK being a better-made film that has given it more of a reputation that FEAR NO EVIL.  It’s also that it is, in its own way, a much goofier one, and that goofiness, which the advancing of time can only magnify, is a hefty chunk of EVILSPEAK’s appeal.

EVILSPEAK gets a big part of its goofism from the computer used in the plot – an Apple II that Coopersmith utilizes to summon evil and that flashes its demands on screen ominously.  Entertainingly, it’s not even specific about these demands, flashing “BLOOD” on the screen until some of Coopersmith’s tormentors decide to sacrifice his puppy, at which time it specifies “HUMAN BLOOD” in a moment where you can almost imagine the monochrome machine rolling its eyes as to say, “Jeez, you guys, it’s a Satanic sacrifice!  Of course it’s got to be human!  Duh-doyyyy!” 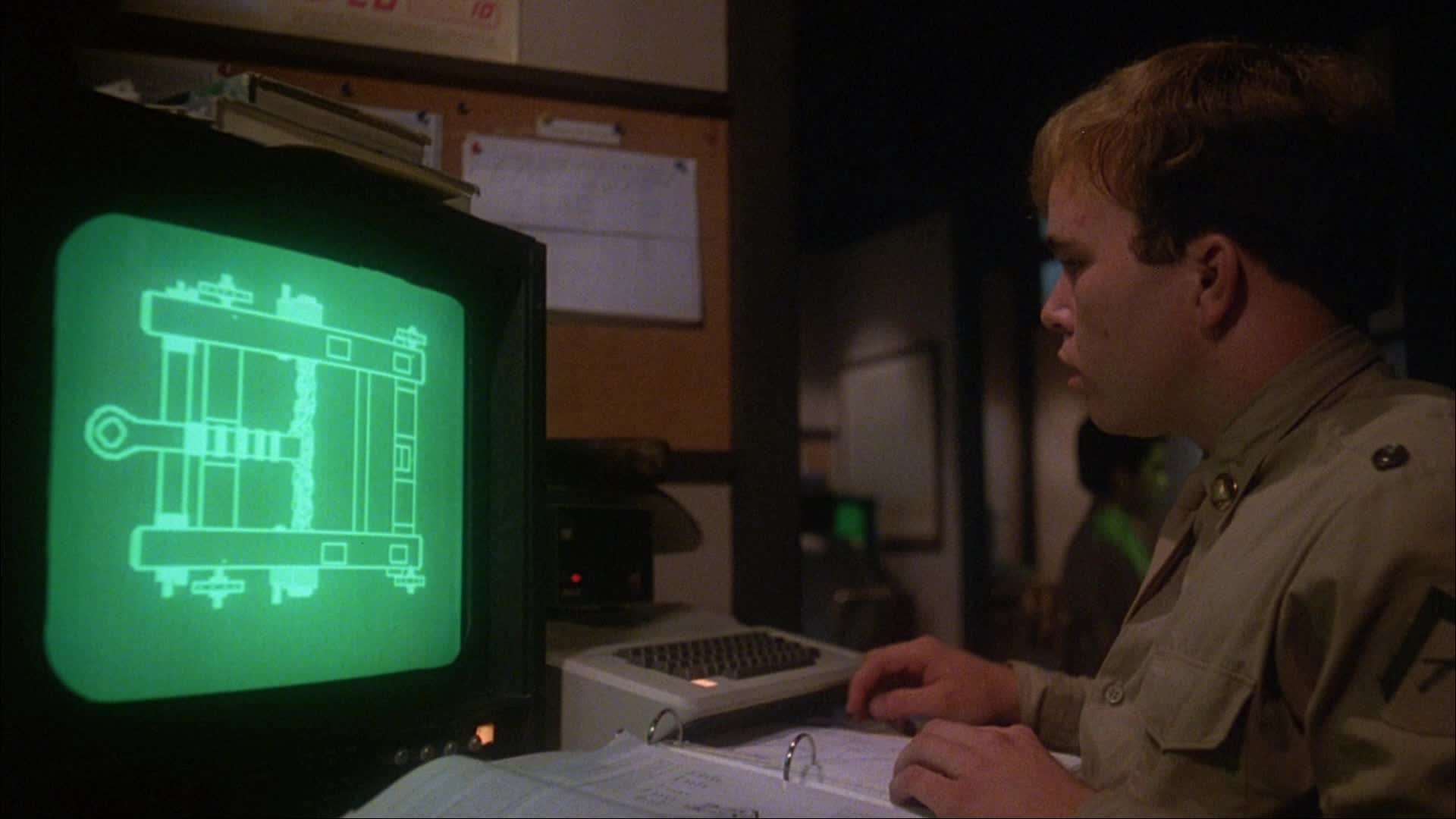 But the pièce de résistance of EVILSPEAK, and the primary reason that it’s built up a cult following throughout the years, is its leading actor, Clint Howard. Howard’s unique appearance and incredibly awkward performance as Coopersmith creates a character that’s simultaneously repellant and weird yet completely well-formed, making him human and relatable. He’s simultaneously a hideous mess of a person that you want to poke fun at and a well-meaning individual just trying to do his best. As a result, the climactic moment in which Howard’s face is prominently featured as a spectacle of horror, comes off as both hilariously silly and strangely ominous.
And that Clint Howard Paradox is EVILSPEAK in a nutshell. It’s well-crafted enough to actually be worth seeing as a film, yet so weirdly dated and conceptually strange that it’s practically cinematic outsider art. It’s not “so bad it’s good,” like flicks such as TROLL 2 or THE ROOM which almost seem to take place in another universe, and it’s too rooted in its own oddities to be referred to as “good” despite fine performances and eerie moments. EVILSPEAK sits comfortably in that unlikely world where there’s plenty working for it and plenty working against it, but even that which works against it works in such an incidentally entertaining way. 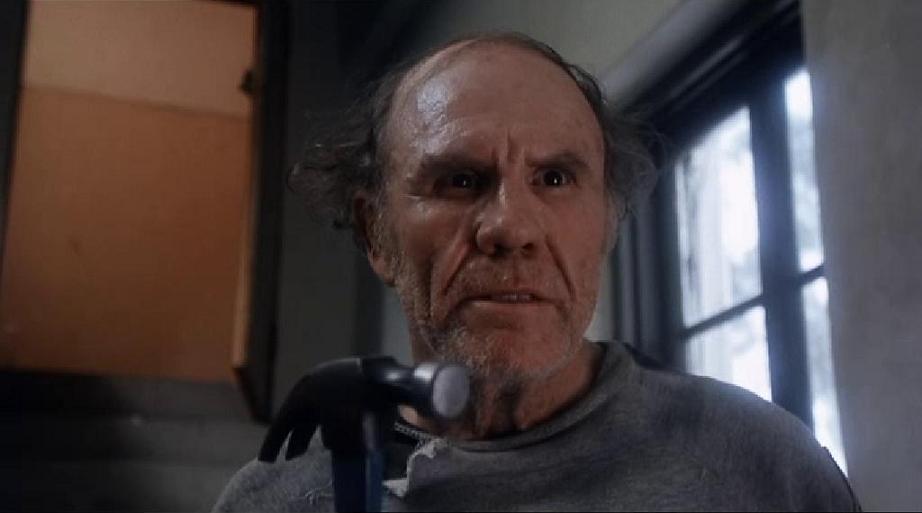 Howard is among those featured in interviews ported from the Code Red release, which also includes conversations with Don Stark and actor Joe Cortese. The new Scream Factory disc also includes a mini-feature on the film, featuring new interviews with actors Heywood Nelson (who isn’t really given much to do in the film as Coopersmith’s token friend), Loren Lester, Richard Moll (who is hilarious), Claude Earl Jones and Lynn Hancock, who gets a memorable death sequence. (It may have been nice to have included the original interviews with the featurette, but I’m guessing that wasn’t done due to contractual reasons.) A commentary with Weston moderated by Code Red’s William Olsen is also carried over from the Code Red release, in which they discuss the similarities to FEAR NO EVIL, and how much had to be edited out of the film for the R rating, and Olsen acts as a fine moderator, keeping Weston talking about the film throughout its running time. The original trailer is also included.

EVILSPEAK is certainly an oddball mixture of a horror film, but it’s not too surprising that the cult of appreciation for it has grown over the years. It’s the sort of well-made weirdness that finds entertainment gold even when it stumbles, and is entertaining in spite of itself just as often as it is because Weston has crafted a genuinely creepy set-up, and Scream Factory’s new Blu-ray would certainly at home on the shelf of any cult cinephile, at least for the Clint Howardness of it all.