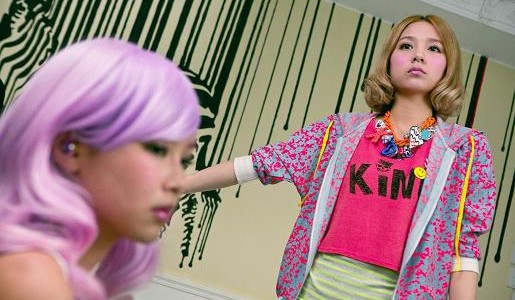 No time for love, Dr. Jones! (In a big rush at the moment, apologies.) Scroll down to see today’s great-looking movies. 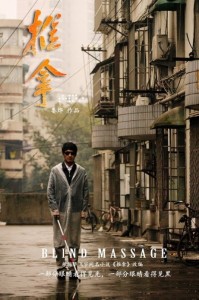 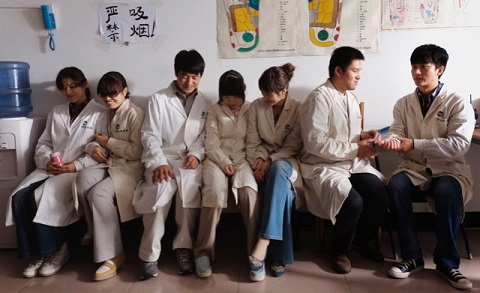 Easily the most powerful and innovative Asian film of this year, BLIND MASSAGE  consolidates the rebirth of Mainland director Lou Ye (NYAFF 2013 selection MYSTERY) as a world-class talent. Lou creates a true ensemble movie: the blind and partially sighted masseurs and masseuses of Sha Zonqi Massage Centre, in Nanjing, central China, a distinctly unglamorous, bottom-line undertaking run by the light-hearted Sha Fuming (Eric Qin Hao) and the more serious Zhang Zongqi (Wang Zhihua). It’s a powerful ride through a parallel world of metaphysical cinema that Lou first flirted with in SUZHOU RIVER (1999) and the big-budget PURPLE BUTTERFLY (2003), but this time he also shows us a world of faces without eyes, full fathom five into the fundamentals of cinema and the very fabric of perception, a world where light and darkness lose their usual meaning but basic human emotions (love, jealousy, friendship) remain the same. Alongside its scenes of beauty felt or briefly glimpsed, BLIND MASSAGEcontains moments of humor, joy, and pure horror, and Jóhann Jóhannsson’s music is always there to add color to Lou’s magnificent poetic canvas. 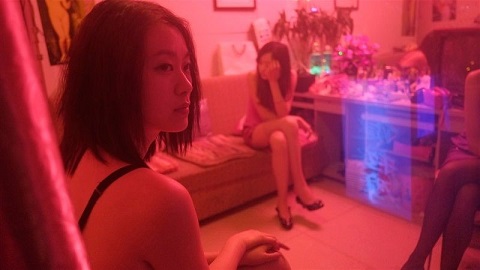 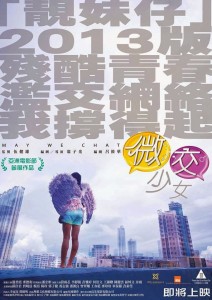 Nothing sounds worse than a movie about three teenagers drifting aimlessly through Hong Kong, their stories linked only by their reliance on the über-popular Chinese messaging app, WeChat. But it only takes about 10 minutes and the promise of bareback sex for money to alert audiences to the fact that MAY WE CHAT is playing for higher stakes than mere run-of-the-mill teen drama. The film is anchored and elevated by three electric performances from three first-time actresses: there’s Rainky Wai as deaf-mute Chiu (who earns cash with “compensated dating”), Kabby Hui as shallow rich girl Li (who likes rough boys from the wrong part of town), and Heidi Lee as Wai-wai (who’s dealing with a junkie mom). Moving as quickly as a kid scrolling through an iPad, their characters are barely established before Li goes missing and Wai-wai and Chiu set out to find her. At first they think it’ll be easy because, after all, they’ve got iPhones, but soon the long night turns pitch-black and they realize that the real world is way too real for their taste and they’re in over their heads. A teen slice-of-life drama that suddenly transforms into a gangland noir, it’s a modern-day version of the kind of hard-hitting juvenile delinquent drama that Hong Kong used to be the master of, only updated to the 2.0 version. 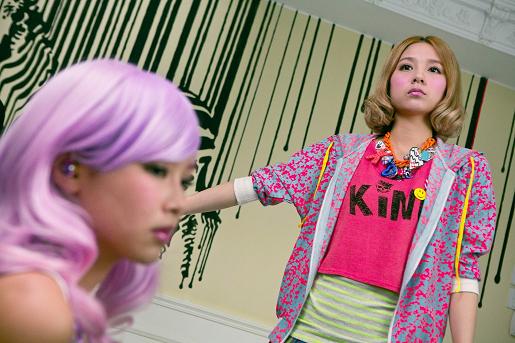 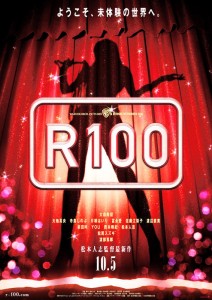 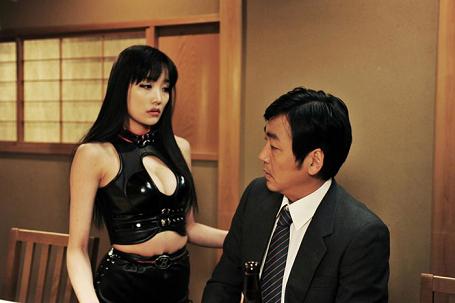 Hitoshi Matsumoto is Japan’s most famous comedian, but even if you’ve seen his absurdist movies like BIG MAN JAPAN and SYMBOL you’ll barely be prepared for the S&M antics of this straight-faced send-up of every single genre in Japanese cinema.  R100 starts as one of those humdrum, realistic, slice-of-life Japanese dramas about a lonely, single father. But this boring furniture salesman hires an exclusive gentleman’s bondage club to torment him. They dispatch dangerous dominatrixes at random to torture him as he goes about his everyday routine, and he soon realizes that life doesn’t come with a safeword. Dominatrixes are beating the tar out of him at work, at home, on the street, and in his dying wife’s hospital room. He tries to stop the contract, but is informed that the more he begs for mercy, the more they can tell he’s actually turned on. And that’s when the movie’s genre gets tortured out of shape, and by the time the end credits roll it’s become a deadpan parody of square Japanese action movies of the 1960s. You’ll have no clue as to how it got from point A to point B, but the journey is so insane that you won’t mind. This is one of the funniest movies of the year, with something profound to say about the pursuit of pleasure, girl gangs, dominatrix armies, and total bondage warfare. 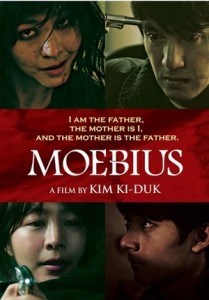 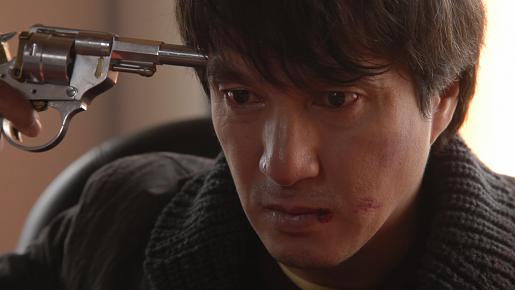 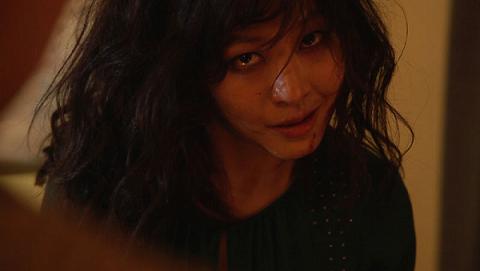 A playfully twisted black comedy with no dialogue, MOEBIUS is an everyday tale of penectomy, rape, sadomasochistic sex, and incestuous love. It continues maverick writer-director Kim Ki-duk’s journey into the madness of the Korean soul—though in a much more in-your-face way than last year’s PIETÀ. Marbled with references to earlier films like THE ISLE (genital mutilation), BAD GUY (tough, twisted love), and PIETÀ (“mother” love), plus numerous other titles, MOEBIUS is a quintessentially Kim Ki-duk movie in its risk-taking and outsider feel, and could have been made by no other filmmaker currently working in the country. Words have never formed a major component of Kim’s films, which reveal themselves more through physical action than dialogue. But the absence here of any words (along with any names for the characters) brings an even more allegorical, universal aspect to the movie’s themes while still leaving it feeling absolutely South Korean in its emotional intensity. MOEBIUS’s sheer cheek and bravado is more than welcome at a time when South Korea’s film industry has become more and more conventional, predictable, and risk-averse.

Actress Lee Eun-woo will attend the screening. Presented with the support of The Korea Society.