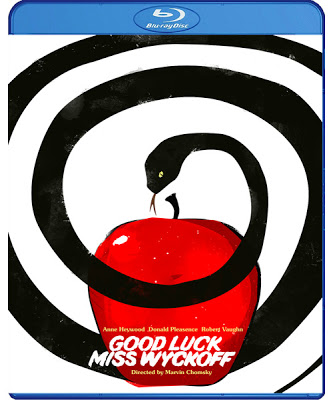 The idea that a film is as “shocking” today as it was when first released is one you see fairly commonly in write-ups of vintage exploitation films.  While years of lemon parties and “Two Girls, One Cup” have worn down the meaning of “shocking” in the context of graphic gore and disgusting imagery, more often than not, films that are referred to as being still shocking years after their release are due to some thematic angle or sudden departure from standard plotting.  In which case it’s not the least bit surprising that the movies are still “shocking” – films today are just as entrenched with simple-minded storytelling and the avoidance of certain social taboos today as they’ve ever been.

It’s then not surprising that Marvin Chomsky’s GOOD LUCK, MISS WYCKOFF, the latest film recently unearthed by the maestros at Vinegar Syndrome, maintains is shock value nearly 35 years after its first release.  It deals with racism, rape, slut shaming, and even homophobia and anti-semitism, all concepts that haven’t lost a smidgen of volatility.  That MISS WYCKOFF deals with these concepts in such a unique, often confrontational way makes it a film that’s “shocking” mostly because it’s not afraid to get its hands dirty in a way few films dare. 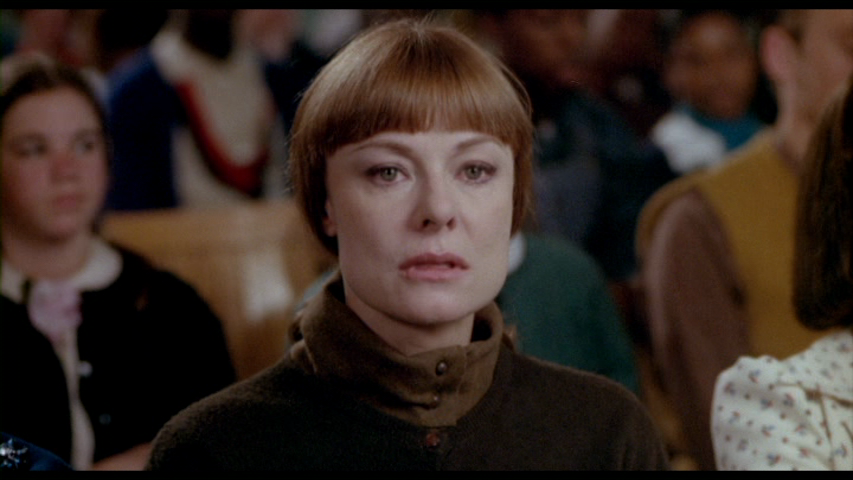 Set in the mid-‘50s in the small, curiously-named Freedom, Kansas, MISS WYCKOFF stars Anne Heywood as the titular Latin teacher at a private high school who seems to be close to having a nervous breakdown.  After a visit to her doctor (Robert Vaughn), it’s discovered she’s going through early menopause and she’s given an appointment to see a psychiatrist (Donald Pleasance) in Topeka.  We soon discover that Miss Wyckoff is actually a virgin, and her restrained libido may be causing her psychological trauma.

After a miscalculated attempt at romance with a married bus driver (Earl Holliman) that goes nowhere, Wyckoff feels strangely refreshed.  Things take a sudden turn, however, during a violent encounter with Rafe (John Lafayette), a black student there on a sports scholarship.  This, in turn, leads to a sadistic relationship that lasts until the inevitable discovery by school staff.  It then becomes a question of which cultural judgment will take more precedence – the racism or the slut-shaming? 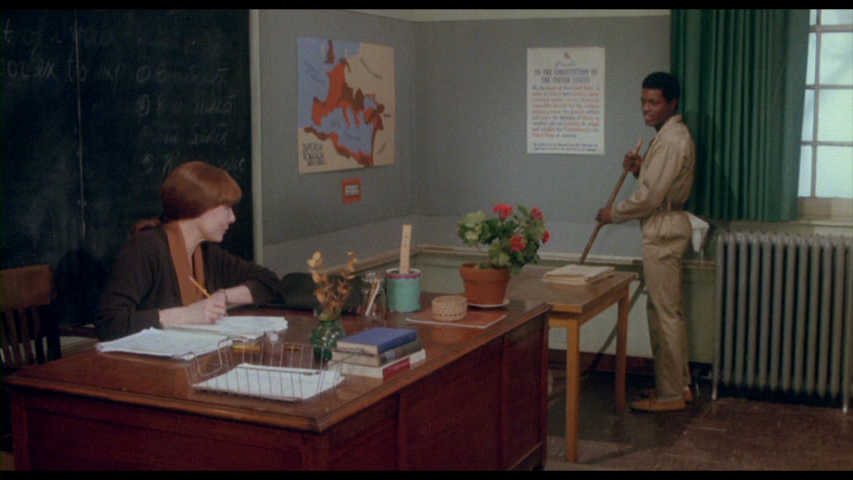 Based on a novel by William Inge, the playwright behind “Splendor in the Grass” and “Picnic,” the first half of MISS WYCKOFF (after a brief opening scene that sets the rest of the film in flashback) feels so much like a soapy ‘60s social issue melodrama that I had to double-check the 1978 copyright date in order to verify that it wasn’t.  This certainly isn’t a bad thing by any means, as Heywood’s performance as the virginal teacher manages to be captivating even if the then-46-year-old actress is too old for the part.  (The character is supposed to be 35, though it doesn’t make much sense to give her this age, as not mentioning the age at all would make both the casting and the character’s menopause more believable.)

Much of the early part of the film is spent with Wyckoff amidst her fellow teachers at and around school, leading to some telling exchanges about racism and politics.  Among the ladies are Carolyn Jones, Doris Roberts, Ronee Blakely and Dorothy Malone, and the discussions between them come across as both believable and engaging. 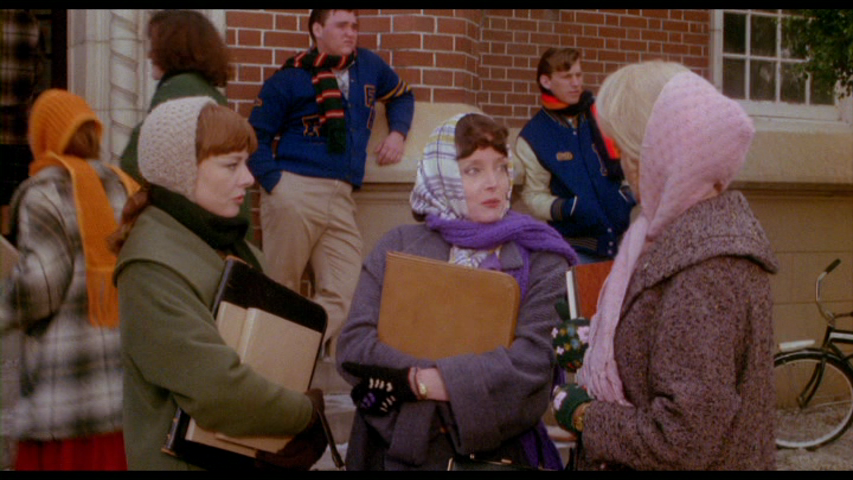 There are a couple of clever winks as well, such as an early scene in which the teachers discuss seeing A STREETCAR NAMED DESIRE much to the chagrin of their landlord (R.G. Armstrong), who complains that it’s all going to be about sex.  (It’s actually a double wink, as the landlord’s wife is played by Marlon Brando’s sister Jocelyn.)

One subplot finds a possibly homosexual teacher (future Bill S. Preston dad J. Patrick McNamara) on the hard end of a witch hunt after he’s been noted as teaching Marxist literature in the guise of giving students a better understanding of political philosophy, and Wyckoff’s coming to his defense at a PTA meeting sets up her sense of morality nicely.   It’s this sense of personal morality, one which, admirably, the film does not resort to destroying, that makes Wyckoff such a compelling character and MISS WYCKOFF such a compelling film.  Throughout all of the hurdles the film takes her through, both emotionally and physically, Heywood gives the character a dignity that rises beyond some of the moments that could be seen as simple “exploitation trappings.” 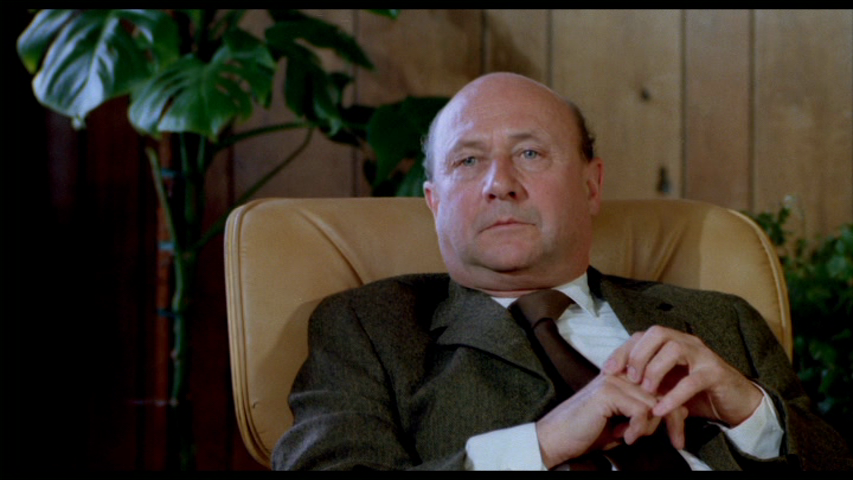 Be warned, GOOD LUCK, MISS WYCKOFF may have the shell of a ‘60s melodrama, but it packs a visceral and intense punch that puts it well past the Jacqueline Susan potboilers of that era and at times almost feels like an inverse POOR PRETTY EDDIE, with that film’s setting and interracial relationship turned on its head and given a sheen of small town quiet judgment in place instead of raucous redneck mayhem.

No surprise, Vinegar Syndrome has done another fine job with their transfer of the film.  Never before released uncut in any form, the film has occasional grain but otherwise looks outstanding in its original 1.85:1 aspect ratio.  The set includes three discs, one for the Blu-Ray version, one for the DVD version and featuring the bonus features, and the final disc with Ernest Gold’s score for the film on CD. 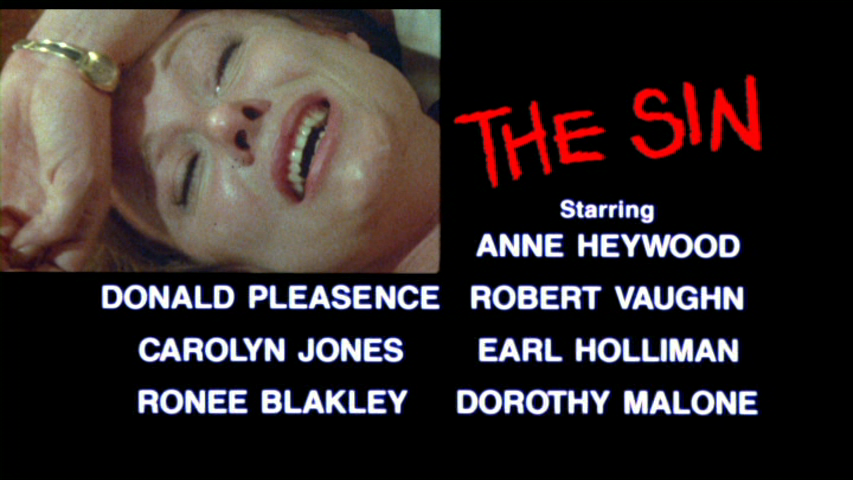 While none of the surviving cast were willing to contribute to the film, the DVD disc does feature an alternate version of the film under the title THE SIN, with which it was released to theaters and on VHS (as THE SHAMING) in the early ‘80s.  THE SIN edit is awful, excising over twenty minutes from the film and gutting it of both the explicit content that makes MISS WYCKOFF so powerful and the character development that makes it so compelling.  The main reason to watch THE SIN is to get an idea as to why the film is so obscure – if this was the only version available for so long, it’s no wonder nobody cared about it!

A few trailers, TV spots and a still gallery round out the bonus features, along with a short interview with Shirley Knight about playwright William Inge.  It’s introduced by producer Robert Weinbach (THE MUTATIONS), though Weinbach himself doesn’t offer any insight into the film, and Knight wasn’t personally involved with it.  It’s still an interesting addition, as Knight certainly is an entertaining storyteller. 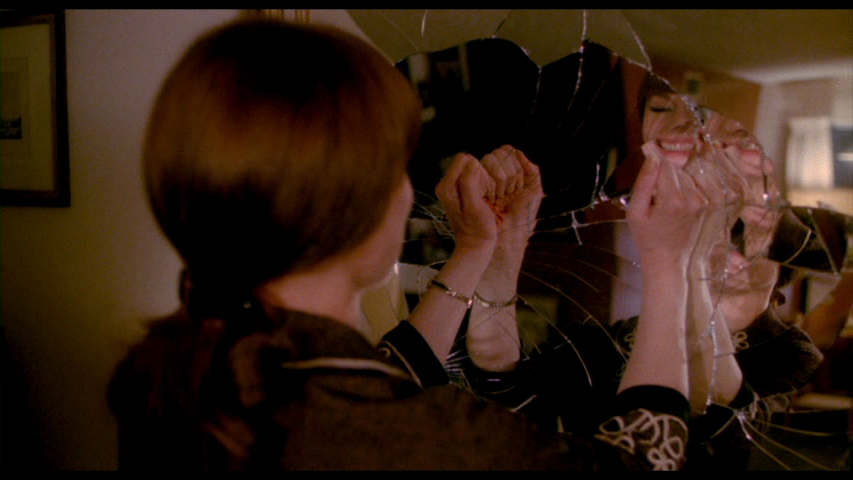 Those who consider Vinegar Syndrome as an exclusively “exploitation” distributor may have wondered why they chose GOOD LUCK, MISS WYCKOFF for a release, but after viewing the film, it’s a more than welcome addition.  Vinegar has shown themselves to be champions of the underseen and underappreciated films, no matter what genre they happen to fall in, as long as the films have an impact.  GOOD LUCK, MISS WYCKOFF, certainly fits the bill, and is another very welcome addition to their ever-growing library of unearthed discoveries.