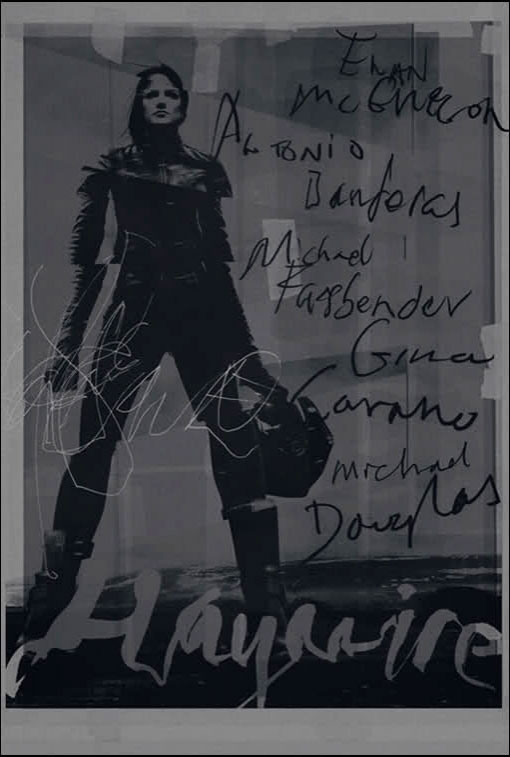 12 wins. 1 loss. That was Gina Carano’s record as a Kickboxer before she retired. Through a combination of Boxing and Muay Thai, she destroyed her opponents with incredible speed and force. Steven Soderbergh saw something he could use; a photogenic ass-kicker who is more blunt instrument than actress. For a film that is simple enough for a single sentence description on IMDB, (a black ops super soldier seeks payback after she is betrayed and set up during a mission) a blunt instrument is really all you need. For a film that is more of a showcase for the next action star (and she will be) than a tightly wound plot, the choice is flawless. 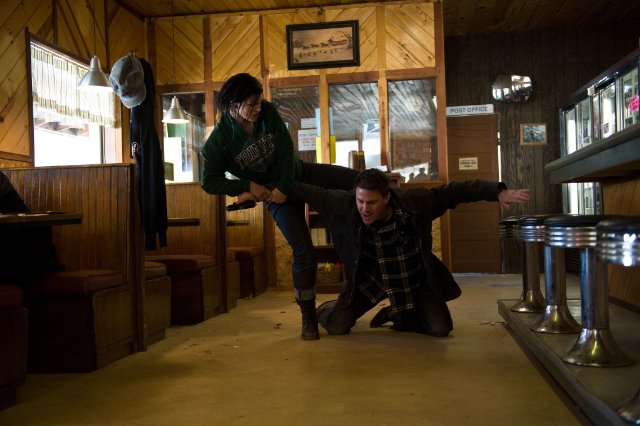 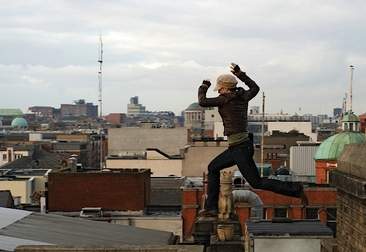 This is the third time Soderbergh has worked with HAYWIRE scribe Lem Dobbs. The two previously collaborated on KAFKA and THE LIMEY (arguably Soderbergh’s best film). The union on the latter was a bit bumpy which may explain why HAYWIRE feels more than a little safe. Although the plot is set up to go big, the film never really explores the environments it creates, but what it does do is deliver BIG on the action. HAYWIRE has some of the best action set pieces I have seen in a long time. From a close quarters FROM RUSSIA WITH LOVE style fight scene, to a stunning and dialogue-free 10 minute foot chase (Carano didn’t use wires on the roof tops), this film uses every moment of its 93 minutes to deliver as much action as possible. 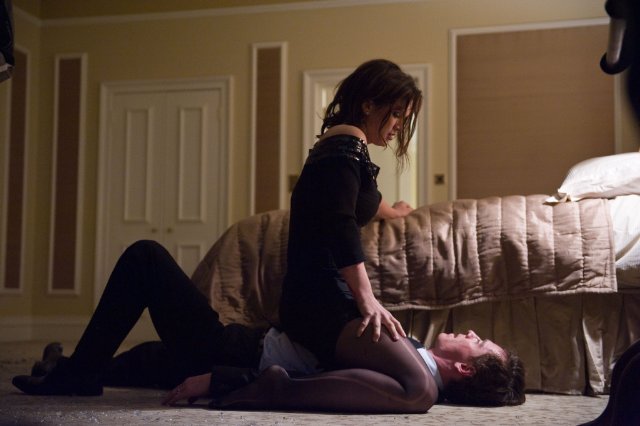 I could go into the details of the plot but it’s easier to refer you to the beginning of this review – that’s really all you need to know. I would note that Michael Fassbender is just as good in this as he was in INGLORIOUS BASTERDS, Bill Paxton is underused, Michael Douglas phones it in, Ewan McGregor can’t hide his accent well, and Antonio Banderas is well bearded. Gina Carano has a ways to go as an actress, but here she is right at home and delivers the goods. HAYWIRE is tough as nails. This is the stuff you hit to work out your aggression, put the brain on autopilot and watch some bad guys get what’s coming to them. While far Steven Soderbergh’s best film it still has a lot of the Soderbergh traits, the most important being that it’s fun as hell.

As for the disc itself, Soderbergh used all natural lighting for this film which is clearly evident during the intro of movie and during an incredible well shot car chase through a forest. The extras are more than a little light as you’ll see below, but all in all, this looks and sounds great.

The Men of Haywire