Last year, Daily Grindhouse named INTRUDER from Synapse the best release of the year. A film that had been poorly edited and distributed by Empire Pictures was given a second life on Blu-ray thanks to Synapse. I remember I talked to director Scott Spiegel about how happy he was with the work Synapse President Don May, Jr. and the rest of team put into the release. Here’s the thing, we are in a market where titles are rushed out without any regard for quality or the filmmaker. So it’s nice to see that Synapse act as a steward of the title, just as concerned with the filmmaker as they are with the film, which brings us to THOU SHALT NOT KILL… EXCEPT (TSNKE).

The original release date for TSNKE was 3/13/12. After poor VHS copies and bad DVD releases, fans of the film have long wanted to see this get the release it deserved and as usual Synapse stepped up and did those fans a solid; A new Blu-ray transfer complete with the original short film, two commentaries, deleted scenes and more. However, all did not go smooth with the transfer which prompted an online post from May, Jr. about the project. “I know a lot of you out there are looking forward to our release of THOU SHALT NOT KILL…EXCEPT, which was originally scheduled for March 13, 2012. Well, I’m here to tell you it may be slightly delayed (maybe by 2-3 weeks) because of circumstances beyond our control” wrote May, Jr. The issue was that the picture quality was, according to May, Jr. “horrendous”. So, a new restoration house had to be located and now 4 weeks after the target release date we have the Blu-ray and it looks fucking amazing for a film shot three decades ago on 16mm.

So why the giant Synapse blowjob before I get to the meat of this review? They deserve it. They could have easily settled for Digital Noise Reduction, decided that a softer picture equaled a perfect picture, but they didn’t. They respected both your wallet and your eyeballs. As I mentioned at the top, this is a rare thing these days. I could probably name only two or three distributors that would have delayed the release like Synapse did, far too few would pause and consider what is best for the film and the filmmaker’s vision. Cheers to Synapse, a digital fist-bump to Don May, Jr. and his crew for giving fans of this movie and genre aficionados a Blu-ray worth the scratch.

Now, let’s talk THOU SHALL NOT KILL… EXCEPT. 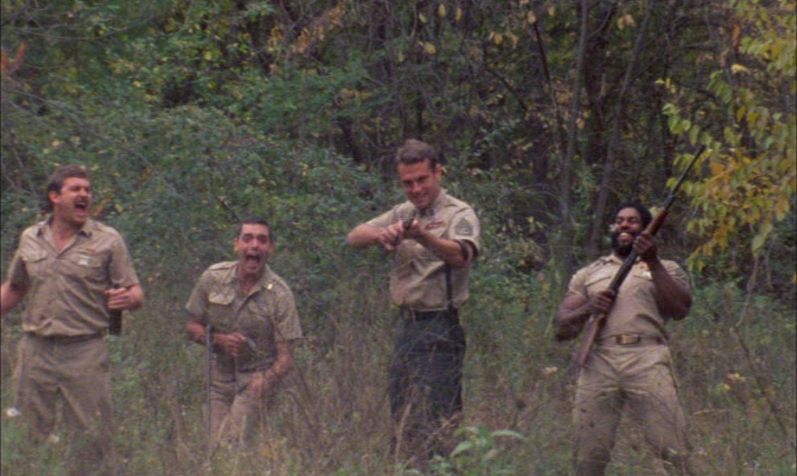 I don’t know what’s in the water in Royal Oak, Michigan but I want to fill up a few tankers, truck that good shit back to Oregon and drink it until a cult film takes root in my brain and I put the pen to paper. Sam Raimi, Bruce Campbell, Scott Spiegel, all got their start together making short films. Not far away sat Josh Becker, another filmmaker pounding out Super-8 shorts. At some point this band of misfits got together and started making short films together, cut to four years and one certifiable cult film later (EVIL DEAD) and you have a feature length version of a Super-8 short STRYKER’S WAR called THOU SHALL NOT KILL… EXCEPT, directed by Becker, scripted by Becker and Spiegel, and co-starring Sam Raimi. Not bad for a bunch of kids from Michigan, not bad at all. 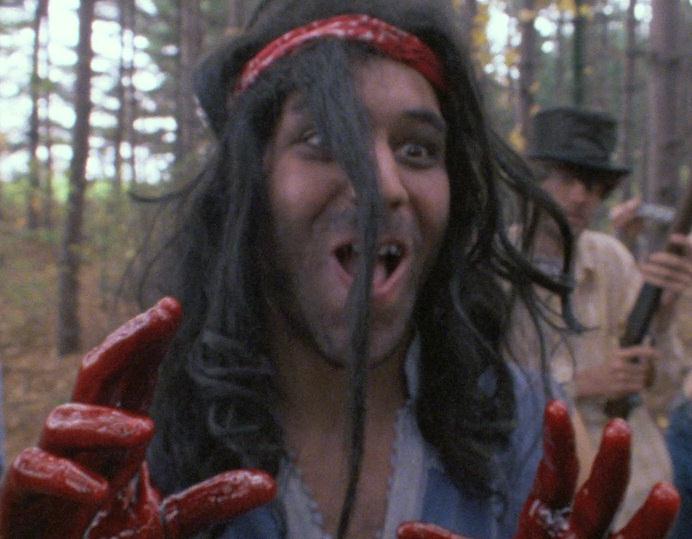 TSNKE starts out in the Vietnam bush in 1969. After Sgt. Stryker (Brian Shulz) takes two bullets to the knees he’s sent home and soon learns that his ex-girlfriend has been kidnapped by a Charles Manson-esque cult leader (Raimi in a performance that will make you wish he would make a return to acting). A timely visit from some platoon buddies leads to a spectacularly violent 30 minutes of bloodshed and revenge. If you ever wanted to know what would happen if Rambo went back to the woods in the good ol’ US of A and ran into Charles Manson on a vision quest… it would probably look something like this. 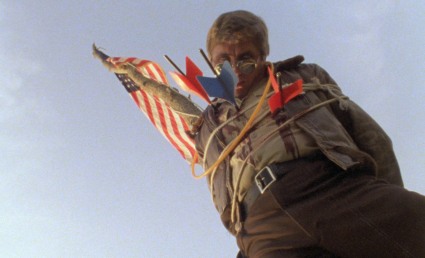 This flick is fun as hell, it isn’t perfect (it has far too many moments when you’re looking at the clock wondering when the male bonding scenes will end) but it milks every bit of its $250,000 budget to provide barroom brawls, bullets, and impalements. Though this is Becker’s first film, he shows skill with the fight scenes especially towards the end of the picture; they are fast, frantic, and hold little back. The short film STRYKER’S WAR (which is included on this release and has my vote for Special Feature of the Year so far), is 45 minutes long. It may not have the depth of TSNKE but I think it’s a better film overall, TSNKE has just a little too much filler, extra meat when you already have two bullet riddled patties. I like to pad my reviews with carnivore metaphors. This is another great release from Synapse.

• Made in Michigan: The Making of THOU SHALT NOT KILL… EXCEPT – Featurette