Actor and teacher Lee Strasberg is known as the father of method acting, but outside of theater circles, he’s largely unknown. While his legacy lives on through the vast amount of famed performers that he taught and influenced (Paul Newman, Ellen Burstyn, Al Pacino and Marlon Brando among them), his name in the public eye is limited because he appeared in only a handful of films, preferring to lend his talents to the stage and classroom. His memorable role as Hyman Roth in THE GODFATHER, PART II netted him an Oscar nomination, but other a few other scattered roles in the ‘70s (a joint lead role in the comic heist film GOING IN STYLE and supporting roles in AND JUSTICE FOR ALL and THE CASSANDRA CROSSING), Strasberg was never much for being in front of the camera, and like fellow performance teachers Uta Hagen and Del Close, his reputation is unfortunately mostly confined to cult circles.

Stephen Verona’s BOARDWALK is one of Strasberg’s few starring roles in a film, and it wouldn’t work nearly as well if it weren’t for his low-key, realistic presence, a presence complimented beautifully by his co-star, Ruth Gordon. While the film has languished in obscurity for years, MVD has recently re-issued the film on DVD, allowing filmgoers to finally catch up with a compelling tale of cultural change in New York City circa 1979. 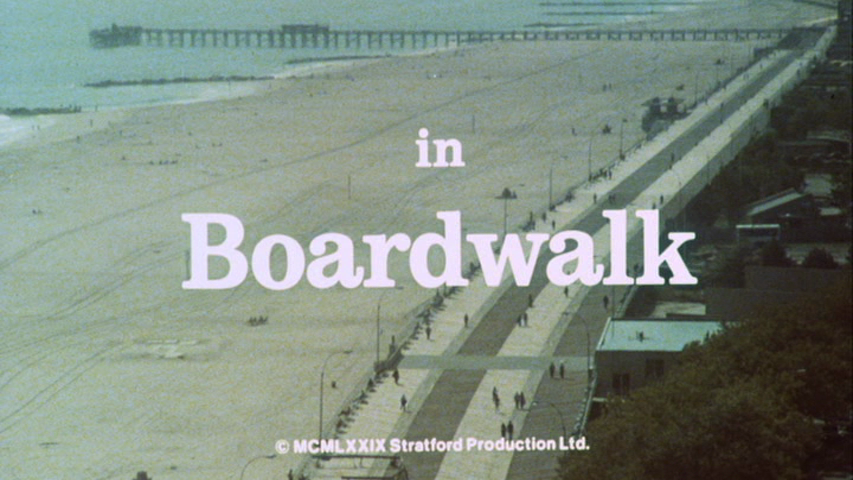 Strasberg and Gordon play David and Becky Rosen, an elderly Jewish couple in the Coney Island area, where they have lived for most of their 49 years of married life. While Becky teaches piano to local kids, David runs a cafeteria with his three kids, Florence (Janet Leigh), Leo (Joe Silver) and Eli (Eddie Barth). Their grandson via Florence, Peter (Michael Ayr) wants to be a musician, much to the chagrin of his mother.

However, as anyone who’s seen the same year’s THE WARRIORS knows, Coney Island was, at the time, going through some large cultural changes. The gang that roams the piers in BOARDWALK is a sharp contrast to the relatively benevolent title gang from the Walter Hill film, threatening David as he strolls, and then later sending one of their members to steal food from the cafeteria. The conflict soon begins to escalate, and the normally quiet Rosens realize they may have to take action. 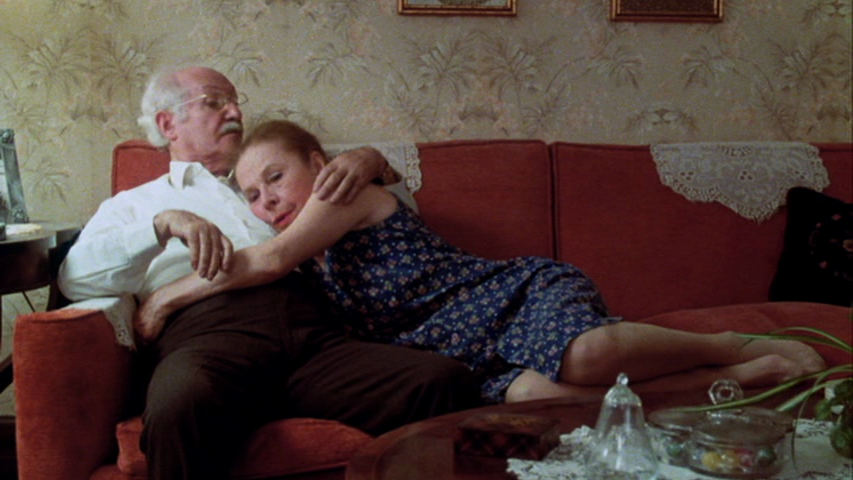 This sounds a bit like a DEATH WISH-style set up, but BOARDWALK is far from an exploitation film. The gang, fronted by character vet Kim Delgado, is more of an archetype that represents an increase in crime in a neighborhood that’s going financially downhill than an actual group of defined characters, and while much of the gang is black, the film makes it clear that their race is neither a reason nor an excuse for any of their behavior. (When an African-American couple played by THE CRAZIES’ Lloyd Hollar and KINGDOM OF THE SPIDERS’ Altovise Davis moves in, it triggers some impulsively racist comments from some of the Rosens’ friends and family, which David quickly dismisses.) Shot with odd framing and never established beyond being openly hostile, the gang isn’t an actual group so much as a force of poverty-influenced chaos viewed through the filter of the elderly residents who have stayed in the neighborhood for decades.

The more parabolic nature of the gang is sharply contrasted with the Rosens themselves, about as pleasant and real a loving elderly couple you could imagine. Becky argues with Florence about the proper way to set a table. David willfully accepts a ride on Peter’s motorcycle. Becky and David cuddle in bed, reading Playboy together and talking about their sex life. The pair worry about how the area has changed, but decide they shouldn’t leave because, as Becky puts it, “You should be more afraid of men in suits than boys in leather jackets.” When Becky’s students dry up, she spends her time “collecting clothes for Israel.” They’re a fully-formed, believable couple that feels as though they’ve been together for half a century, and the performances by Strasberg and Gordon are fantastic, bringing these characters to life with a subtle grace seen far too rarely. 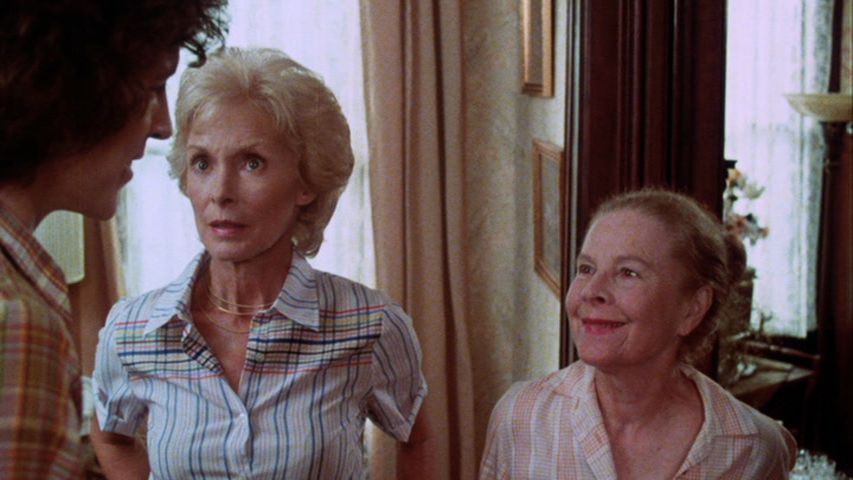 It’s because of this that BOARDWALK is, inevitably, a heartbreaking film – the lead characters are so sympathetic that you hate to see anything bad happen to them. (It does, of course, though it’s only partially due to the gang.) The supporting cast is fine, though far too much time is spent with Peter’s generic relationship issues and equally generic music career. You just want to spend all the time you can with the pleasant couple who’d just like to live out the remaining time they have together in peace, but find their surroundings increasingly hostile to doing so.

BOARDWALK is occasionally an odd mixture of understated drama and allegory for urban decay, but it’s never less than compelling thanks to the performances of the two stars. Venora’s direction captures the pair at their best, delivering subtle moments with dignity that capture both the love that a long-term couple has and the frustration they feel that life hasn’t turned out the way it should. Ignore the New Yorker-style poster art that seems to sell this as a comedy – it’s probably part of the reason the film ended up doomed to obscurity – and consider it a fitting double-bill to Larry Yust’s underrated HOMEBODIES.

MVD’s transfer of the film comes from a slightly battered print, but it’s still miles better than anything you’d find elsewhere, and it’s great to see an underseen film like BOARDWALK back in availability. The sole extra is a trailer that sells its more exploitative aspects, but rightfully highlights the performances.