In 1994, independent comic book creator Mike Diana became the first person in the United States convicted of obscenity, forbidden to even practice drawing in his own home. While his case was followed and heavily noted by both comic book fans and first amendment advocates at the time, the story isn’t one that’s necessarily been passed down to newer generations of fandom, save for occasional retrospectives and entries into graphic literature history courses. It’s a shame, as it’s a genuinely frightening case, one whose themes of a hyper-religious community and a court of questionable repute are easy to identify with today.

Psychotronic auteur and archivist Frank Henenlotter (if I really need to rattle off Henenlotter’s filmography here, you’re on the wrong website) aims to teach today’s fandom the valuable lessons in BOILED ANGELS: THE TRIAL OF MIKE DIANA, a new documentary that made its international premiere at the Fantasia Festival today. Narrated (sparsely) by Jello Biafra, the film provides a complete context for the situations that created both Diana’s work and the world that condemned it, following the trial with a detail in the chosen interviews that would make any crime documentary buff proud. 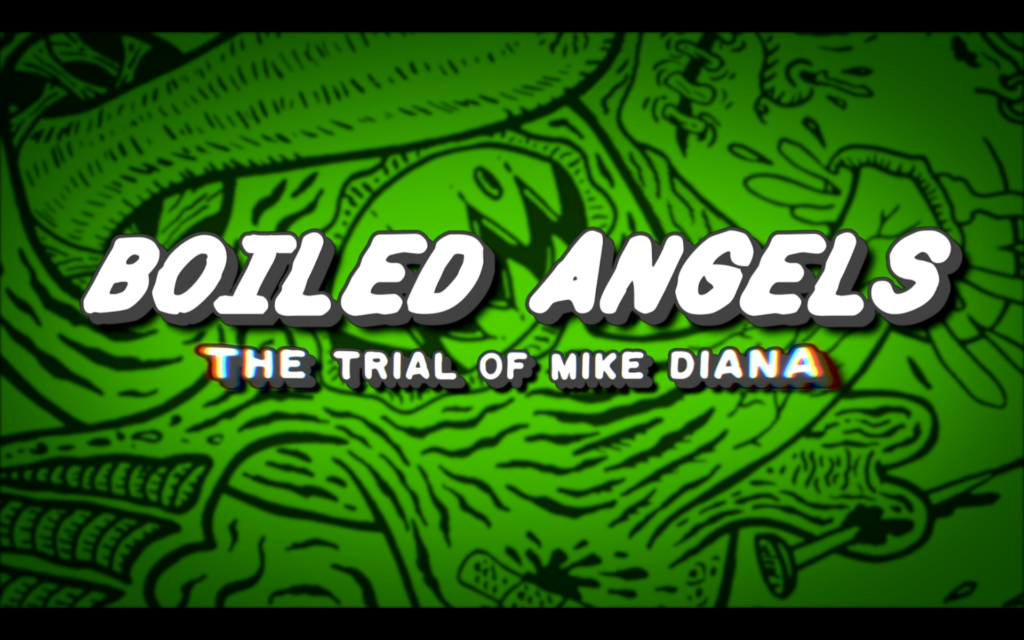 The book that got Diana in trouble is Boiled Angel, a self-published zine that Diana printed himself to the tune of a run of a few hundred copies advertised through the likes of zine catalog Factsheet Five. Boiled Angel itself can be a bit tough to defend as quality material–Diana’s artwork isn’t the type that appeals to all tastes, featuring cartoonish grotesques of cannibalism, rape, sadomasochism and sacrilegious behavior that exist in the realm of shock as entertainment. As potentially disturbing as the contents of the comics are, however, they’re obviously meant for comic intent, and in the end, they’re still only pictures on paper, sent to a willing audience looking to find something to be offended by for the sake of their own enjoyment. The comic isn’t hateful or directed at any specific group of people (save for hypocrites), and it’s difficult to view it in 2018 as anything more than intentionally disturbing youthful satirical art.

So how did Diana end up going to jail for putting pen to paper? 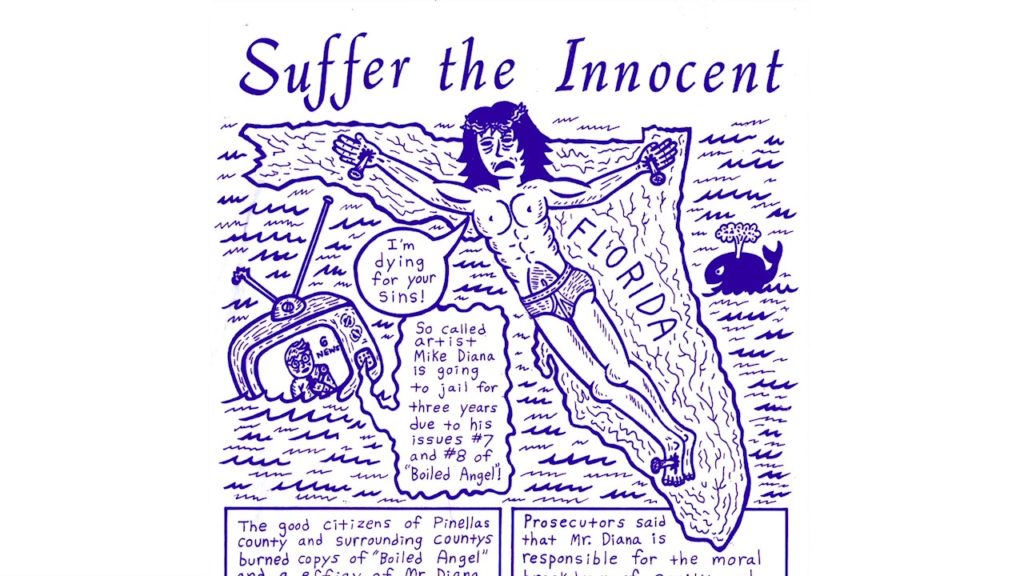 BOILED ANGELS does an excellent job in setting up the context for how it happened, providing us with a brief history of comic book censorship (specifically Fredric Wertham’s “Seduction of the Innocent”) and the underground comic book industry that skirted it. In addition, we’re given backstory on Diana himself, a young man whose parents moved from New York to a smaller Florida community in his youth. The soft-spoken man who grew up with a great fondness for horror films to the point where he made ultra-gory films of his own on VHS in his youth before realizing he could have more control over comics is easy to identify with for anyone whose fandom is looked at as “weird” by the more closed-minded members of society.

Diana’s troubles with the law originally stem from a mistaken connection with a Florida serial killer, in which one of his comic panels matches slightly with a crime scene. It’s an insanely dubious connection, but one that ended up changing the course of his life, as it caused him to be considered a suspect in this case and provided some reason for police to continue to follow his minimal-impact comics until they found something worthy of prosecution. 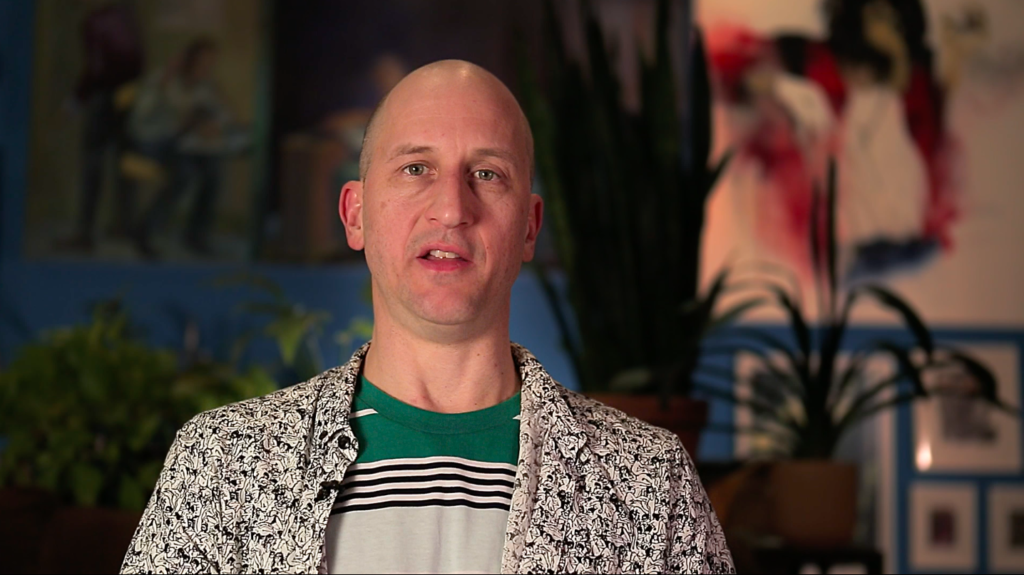 Henenlotter’s film is remarkably even-handed in terms of interviews, providing screen time to not only Diana, his parents, defense attorney Luke Lariot, and several comic and horror genre icons like Neil Gaiman, George Romero, Peter Bagge, Jay Lynch, Stephen Bissette, and Peter Kuber, who served as a defense witness, as well as a nifty archival interview from Al Goldstein’s Midnight Blue, but also to several of those responsible for his conviction and reputation. We hear odd justifications from prosecutor Stuart Baggish, assistant prosecutor Christopher Marone, and Heather Redden of the anti-freedom advocacy group Concerned Women for America (who accuses him of being sexually abused) along with news clips and protestor footage from the era that, while failing to prevent any logical reasons behind his conviction, paint a picture of the type of kangaroo court of public opinion that had resulted in it. (One notable absence is the trial’s judge Walter Fullerton, but the amount of coverage given to other members of the prosecution more than makes up for this.)

If their point was to keep Diana’s work out of the hands of people, their efforts were an utter failure. Not only did their overzealous actions send a young man to jail for making some drawings, but they also caused Diana’s work to become celebrated by a considerably larger audience than the scant 300-copy print run to which Boiled Angel issues were originally printed. It’s an effect that at least one prosecuting attorney acknowledges, even if “regret” isn’t really on the self-awareness table. 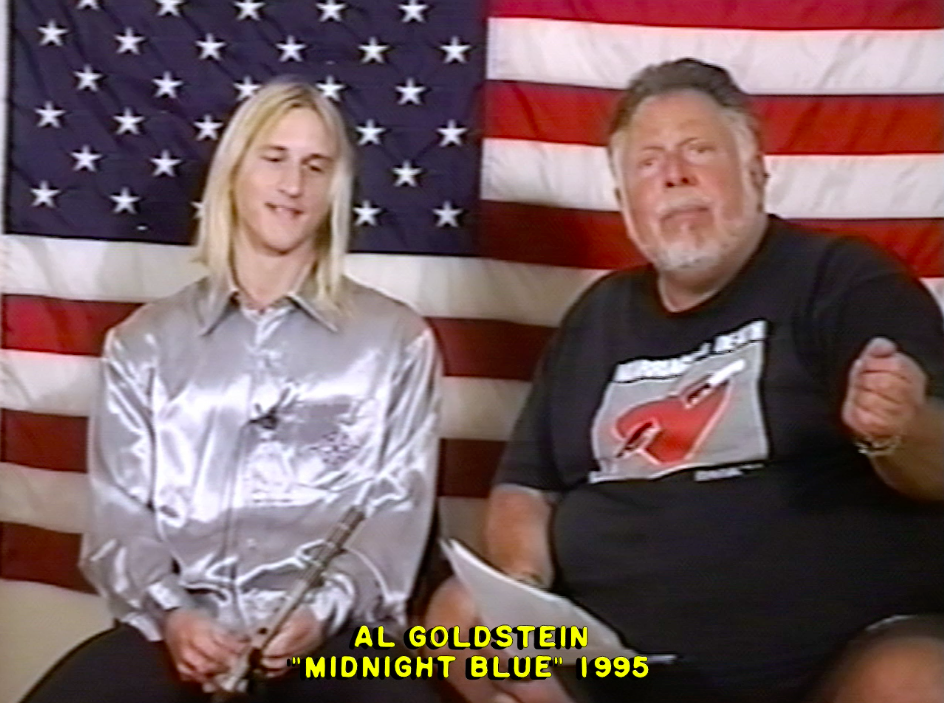 BOILED ANGELS intersperses the interviews and archival footage with occasional narrated examples of Diana’s work, which just serves as a reminder that, as vulgar as his comics were, their humorous or satirical intentions were pretty clear. The use of well-researched news and home movie footage is done with exactly the flair that you’d expect from the director of THAT’S SEXPLOITATION–Henenlotter even gets a chance to throw in a clip from COLOR ME BLOOD RED!

At 105 minutes, some may feel BOILED ANGELS is a bit overlong, but I honestly could have watched the story unfold in more detail for another hour.  (I’d love to see the complete Midnight Blue interview or Diana’s childhood horror movies as special features on the Blu-ray.)  It’s one of the best cultural documentaries I’ve seen this year, one that deftly meshes both the pop culture nature of the subject at trial with the “crime”-based aspects of the trial itself to become a must-see for fans of comics, free speech or documentaries such as Making a Murderer or THE THIN BLUE LINE.  Mike Diana’s comics themselves may not be for everyone, but his story certainly should be.