“You are what you love, not what loves you. That’s what I decided a long time ago.” – ADAPTATION

Few quotes have resonated as this truism about how one defines oneself amidst a world of colliding labels. But the simple fact is that wherever one’s passion lies — be it music, movies, video games, sports, religion, all of these things or something else entirely — is how to best understand that person. In BRIGSBY BEAR, a man who has every right to retreat from the world and view it through clasped fingers of fear and anger instead finds a way to explore his new surroundings and express himself in ways that others could never imagine. By giving himself over to the one thing that he truly loves, even if it’s born from a weird place, he’s able to connect to others and speak from his heart that simply conforming to expectations would never allow. The fact that this simple, yet powerful, message is delivered with as much humor, heart, and creativity as it is in BRIGSBY BEAR is a bonus that makes the film an engaging and fun escape into the possibilities of art.

While it is best to go into this film as “cold” as possible, letting the inspired madness unfold in its own way, here is a plot synopsis for those who are interested: James (Kyle Mooney) grew up in an underground bunker, watched over by his parents Ted (Mark Hamill) and April (Jane Adams). His life is solitary and fairly regimented, with his sole joy coming from watching new episodes of the television show “Brigsby Bear” every day on VHS and diving into its world of space adventures, complicated mythology, and life lessons. Things change and James finds himself in new surroundings, with new people all around him with whom he finds it difficult to connect. He flounders in this new environment until he decides to embark on a great project—to make a movie that wraps up the adventures of Brigsby Bear.

Directed by Dave McCary, from a script by Kevin Costello and Mooney, BRIGSBY BEAR is an infectiously fun movie that uses Mooney’s awkward charms to steer the ship into unexpected waters. Mooney is utterly fantastic and completely believable as the spastic twenty-something who was plucked from an odd world and is stuck trying to navigate his new one. There’s sadness to his outsider persona, but there’s also genuine glee when he’s working on his film or when he starts talking about the insane lore of the “Brigsby Bear” show. Much like other movies about dreamers who commit to realizing their vision — ED WOOD, THE DISASTER ARTIST, AMERICAN MOVIE — this story is dependent on James being someone the audience cares about and roots for, despite the blinders he wears or how oblivious he can be to reality. Luckily, Mooney is perfect in the role and completely sells it.

The script is pitch perfect and gives a lot for the stellar cast to work with in great scenes and hilarious conversations. Matt Walsh and Michaela Watkins shine as the new parental figures in James’ life, struggling with trying to accept this weird person for whom they had no part in shaping his outlook or personality. Aubrey Pope, Alexa Demie, and Jorge Lendeborg, Jr. , are also great as James’ cohorts in making the film and spreading the gospel of Brigsby Bear far and wide and, in doing so, connect deeper with this awkward man amongst them. 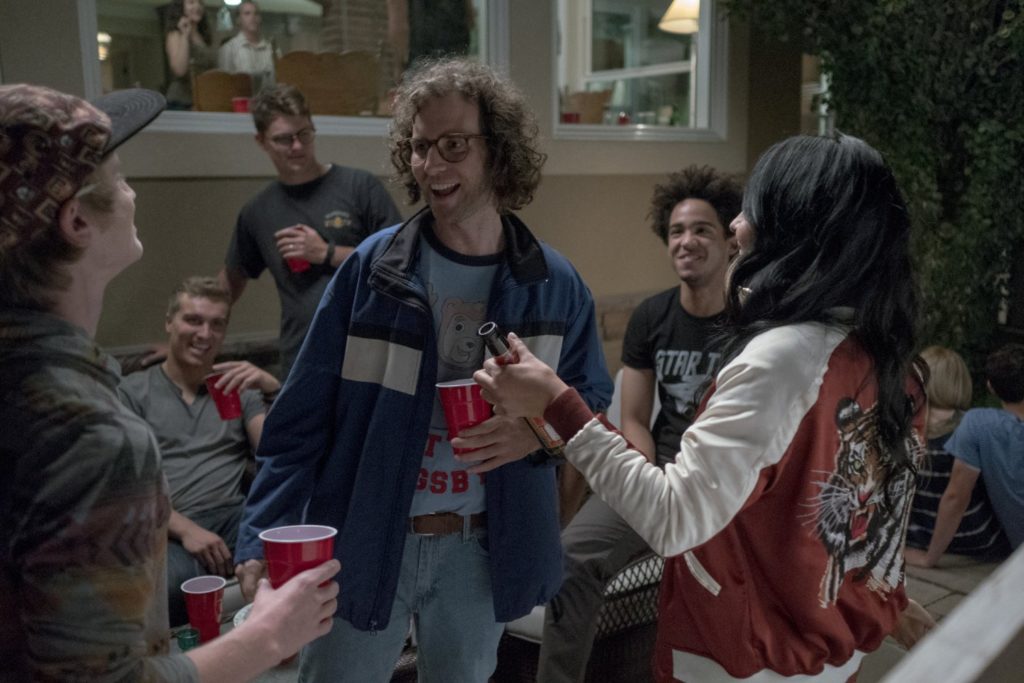 The intentionally lo-fi effects and great retro keyboard music all evoke a nostalgia for a time that never was, a television series that only exists within the frames of this movie, but does it with such conviction and without winking that its genuine appeal to imagination and wonder feels earned. There are a few moments that feel a bit too much like an indie cliché, and there is one distracting minor cameo, but otherwise the film works because it seems earnest in its belief that passion can lead to freedom.

People like what they like for a whole host of reasons. Maybe the smell of comic books reminds them of when they were a kid. Maybe they love playing the drums crazy fast so they seek out speed metal. Maybe they finally saw themselves represented on screen with Uhura, or Buffy, or a host of other characters. Sometimes for reasons that even they can’t articulate, these things people love get their hooks into them and become important. They become ingrained in the personality, informing an outlook or a philosophy without the person even realizing it. We are what we love, because that which fuels us — that which we spend hours arguing about into the early dawn, or endlessly reading about online, or sink whatever money we can into supporting—gives us meaning and insight into the world unlike anything else can. BRIGSBY BEAR understands this fact and is an excellent film that shows the rewards that come from following one’s passion, from exploring one’s boundaries, and from daring to realize one’s own dreams. 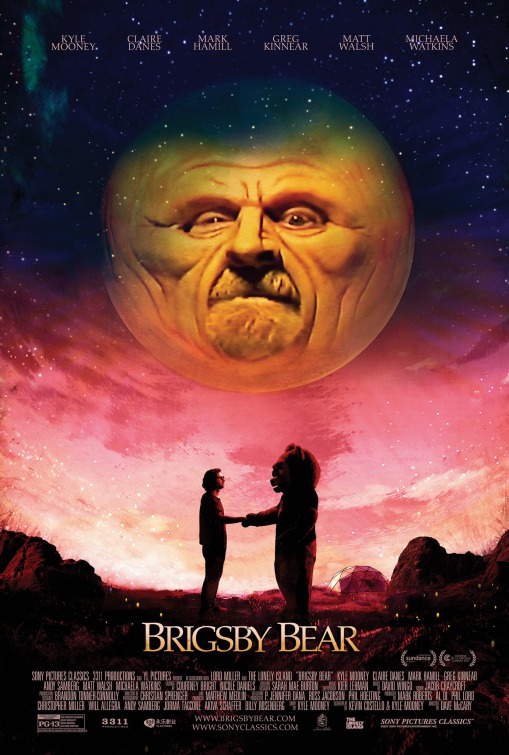