Knife to the neck

Knife to the back

Guillotine to the neck 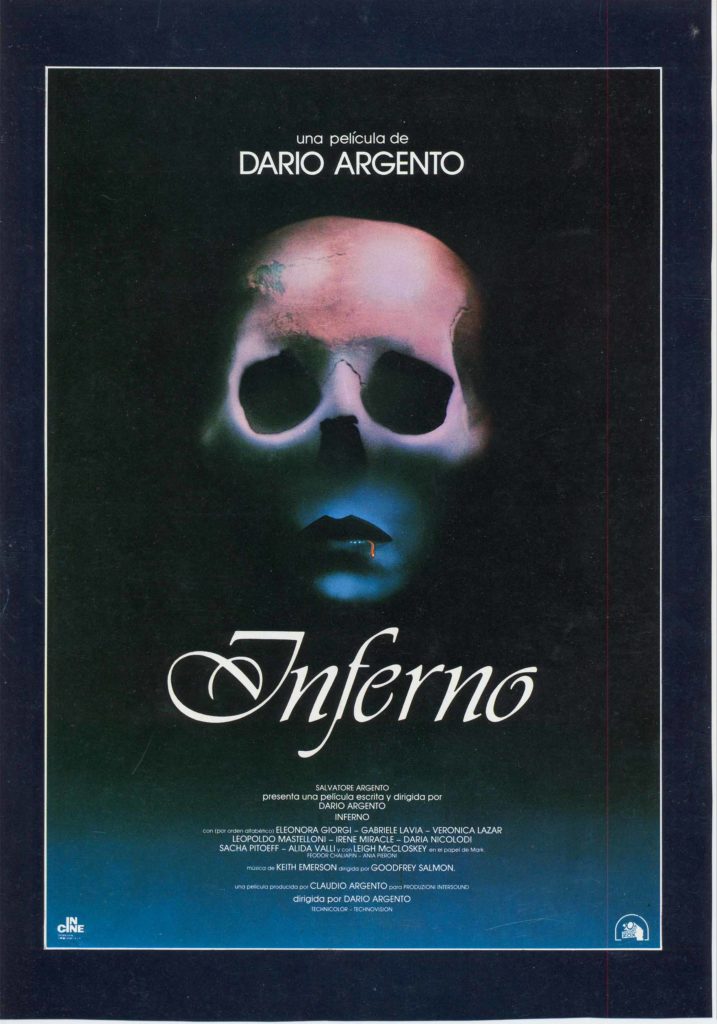 “The Three Mothers: I do not know what price I shall have to pay for breaking what we alchemists call Silentium. The life experience of our colleague should teach us not to upset laymen by imposing our knowledge upon them. I, Varelli, an architect living in London, met the Three Mothers and designed and built for them three dwelling places. …I failed to discover until too late that from these three locations the Three Mothers rule the world with sorrow, tears, and darkness… And I built their horrible houses, the repositories of all their filthy secrets…

The land upon which the three houses have been constructed will eventually become deathly and plague-ridden, so much so that the area all around will reek horribly. And that is the first key to the mothers’ secret, truly the primary key. The second key to the poisonous secret of the three sisters is hidden in the cellar under their houses. There you can find both the picture and the name of the sister living in that house. This is the location of the second key. The third key can be found under the soles of your shoes; there is the third key.”

The above passage is what draws young Rose Elliot (Irene Miracle) into an ancient book titled The Three Mothers. The book tells of three evil sisters who rule the world with sorrow, tears, and darkness, and dwell inside separate homes. Mater Suspiriorum (the Mother of Sorrows) lives in Freiburg, Mater Lachymarum (the Mother of Tears) lives in Rome, and Mater Tenebrarum )the Mother of Darkness) lives in New York. Rose suspects that her New York apartment houses an ancient supernatural force and once Rose goes missing, her brother begins to investigate. 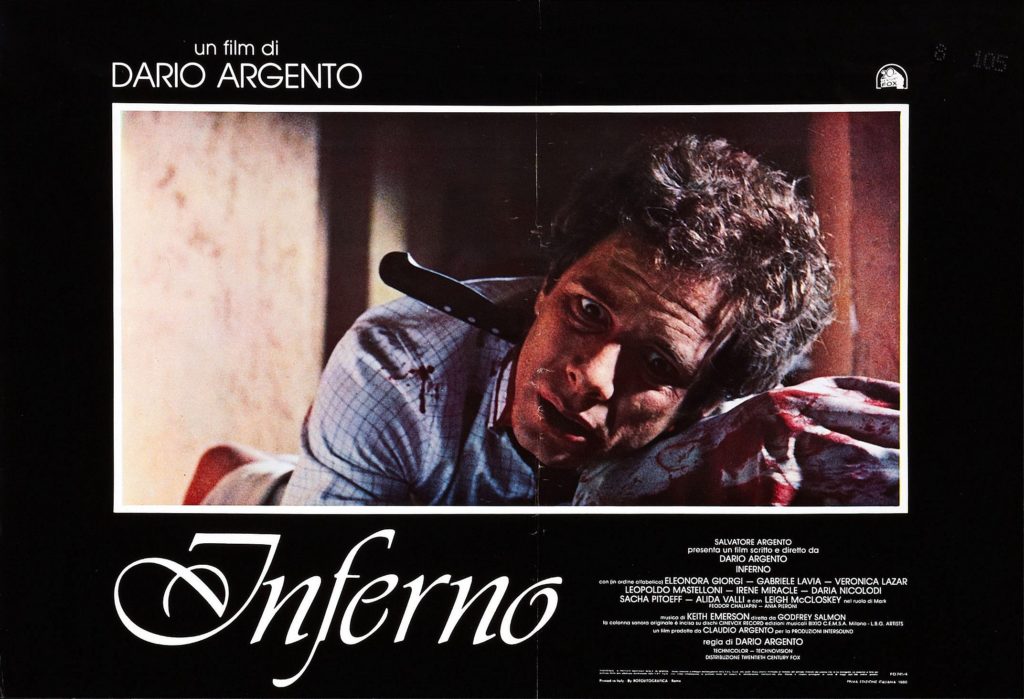 INFERNO is the second entry in Dario Argento’s ‘Three Mothers’ trilogy, conceptually derived from Thomas de Quincey’s “Our Ladies of Sorrow” in his 1845 book Suspiria de Profundis. “Our Ladies of Sorrow” is itself an opium-induced fairytale that lay the groundwork for both INFERNO and its predecessor, SUSPIRIA (1977). INFERNO fills the requisite Argento motifs: vivid primary hues illuminate every other scene, and a woman victim’s lolled-back head is displayed, this time in a guillotine (a motif that has also been seen in SUSPIRIA and TENEBRAE). Argento’s script (embroidered with Daria Nicolodi’s story) is a means to an end, prancing from event to event with little attention paid to tangible characters. The actors make due with what they’re given but it’s rare to see a compelling performance, in any Argento fare. However, Keith Emerson’s dazzling musical themes intersect with selections from Verdi’s 1842 opera Nabucco to shape a phantasmic mood that permeates every scene. One composition in particular that stands out is that of the “Main Titles”, a dizzying swirl of piano that takes the listener onto the ferry to Argento’s underworld. The result is a surreal giallo-opera that allows its viewer to, as the tagline puts it, “Come face-to-face with Hell.”

Far be it from me to compare INFERNO to the likes of PICKPOCKET (1959), but French filmmaker Robert Bresson’s sensory outlook upon storytelling applies here, and to most films of Argento in general: “I’d rather people feel a film, before understanding it.” While Argento parts creative ways with Bresson at the junction of violence depiction (Bresson preferred to hint at his films’ most senastionalistic elements while Argento zoomed right in on them), they share a common filmmaking sensibility, one that emphasizes response over structure. The feeling is a descent into a nightmare, punctuated by Rose’s literal descent into a cellar in search of a key. The subsequent underwater ballroom scene is a surreal head trip that still effectively repulses and mesmerizes. In a way, it makes sense that an ethereal film based upon feeling, like INFERNO, is connected by moments and moods, as a poem (rather than a straightforward story) would. 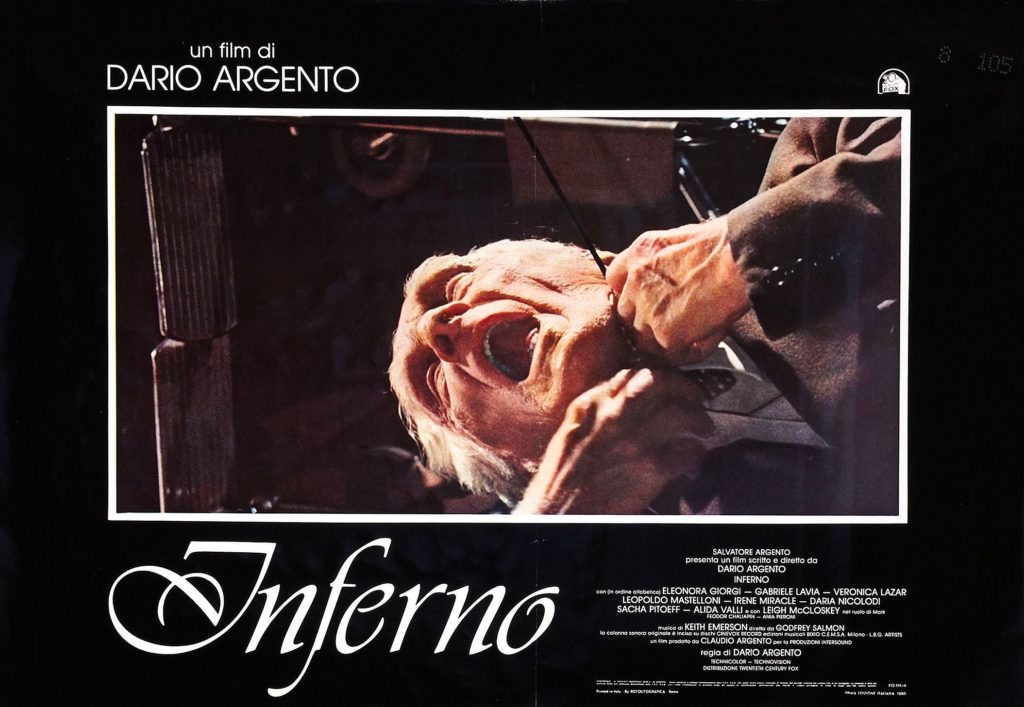 While not as shockingly violent as TENEBRAE (no gushing arm amputation here), INFERNO offers a hefty amount of memorable death scenes. Most notable among the carnage is Carlo’s death, accompanied by the swell of operatic music as he emerges from a darkened room with a knife sunk to the hilt into his neck. A guillotine kill is craftily edited to avoid seeing impact, but does submit a good amount of splatter to make up for a lack of viscera. The wildest death (involving rats and a bystander) isn’t all that wild when it comes to the method itself; what shocks is how out-of-left-field the actual moment of demise is. With that said, the film presents a fair amount of butchery. It’s just not as much as horror fans have come to expect from Argento. This isn’t to deter readers from watching INFERNO; the film is a textbook example of Argento’s keen eye for picturesque visuals. Romano Albani works with Argento to frame his cinematography as the beating heart of the film, showcasing sharp color-contrast and bizarre imagery that juxtaposes industrial elements (like pipes) with classic Gothic architecture and labyrinthine hallways. Also notable is Mario Bava (A BAY OF BLOOD, BLACK SUNDAY)’s uncredited visual effects work, his final collaboration with Argento. 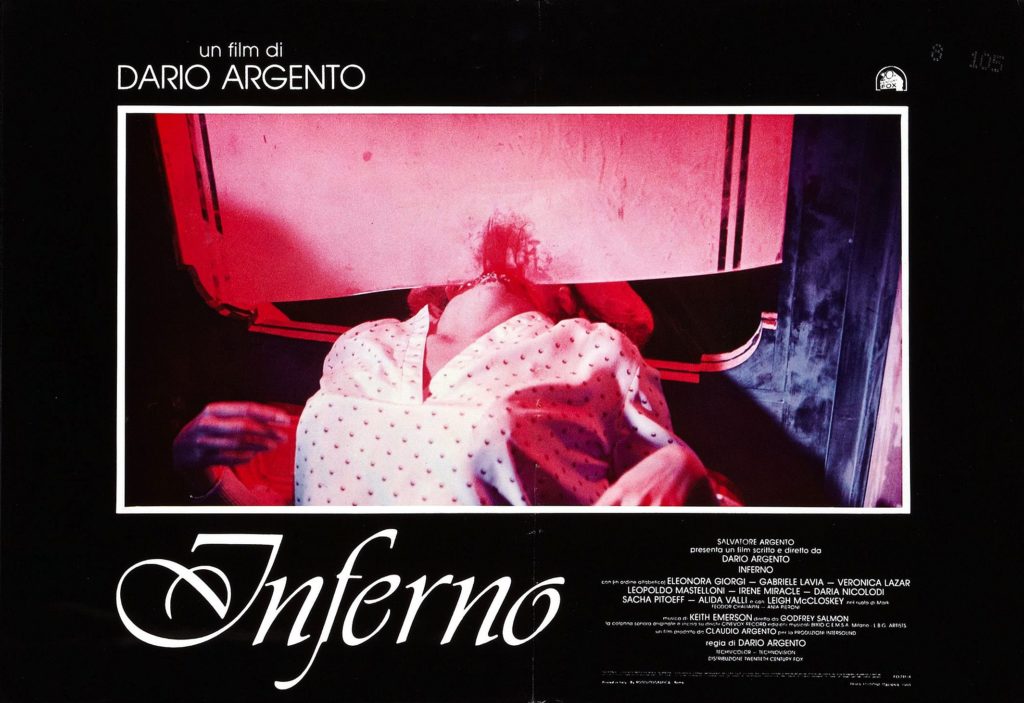 INFERNO had a limited release and didn’t quite catch up to SUSPIRIA in terms of box office success. Originally passed with cuts for the theatrical release, the film was later banned under Section 2 of the Obscene Publications Act, as a non-prosecuted film, for scenes of strong, bloody violence. In 1993 the film was released with less than a minute of cuts, but it wasn’t until 2010 when Arrow Film stepped up to the plate that INFERNO got a full, uncut re-release. There wasn’t much public controversy surrounding the film, but its title (and possibly the final scene) was invoked in the Miami news, as a comparison to a monstrous 1980 blaze that engulfed over 200 buildings during riots. 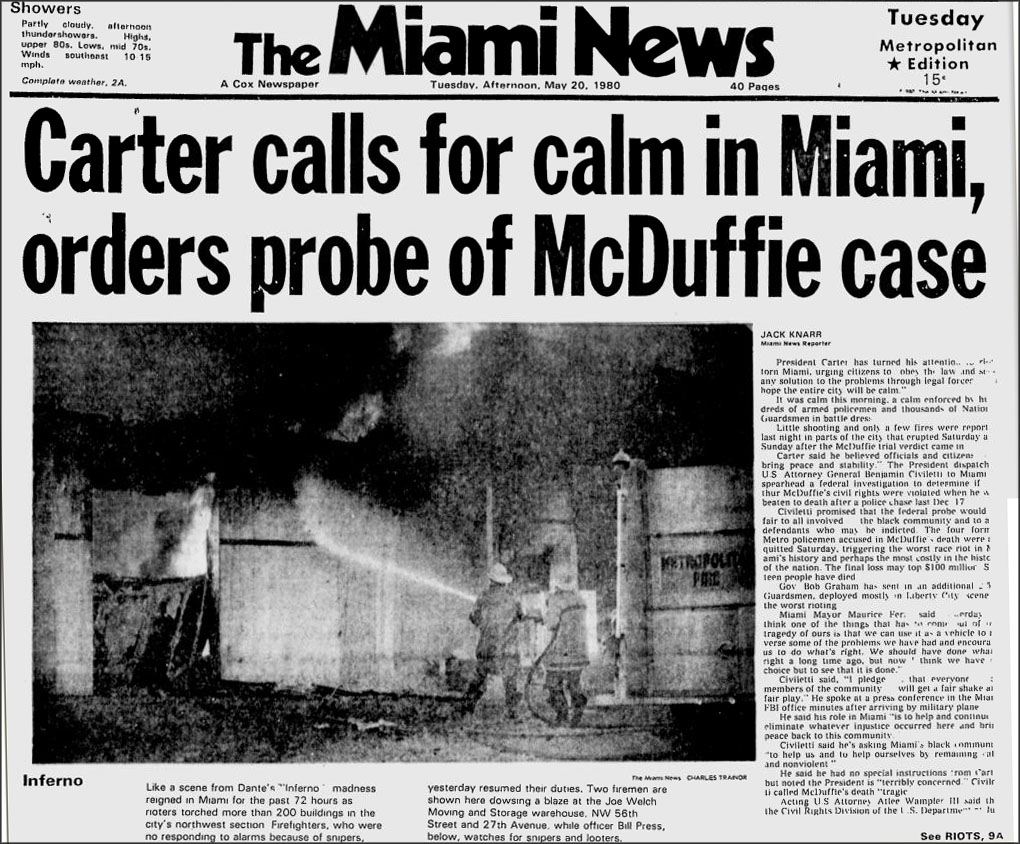 INFERNO’s initial cold reception has given way to more favorable consideration as time has passed, and with good reason: the film stresses general experience over content and subs out the familiar for the odd in such a way that the anemic acting and lacking plot are forgivable. By opting to dramatize a visual aesthetic and go for the senses, Argento still succeeds in making a film of memorable moments. Simply put: INFERNO is a fever-induced dream. And like our own dreams, the exact chain of events isn’t important; what matters is what it made us feel, and how it made us feel it. 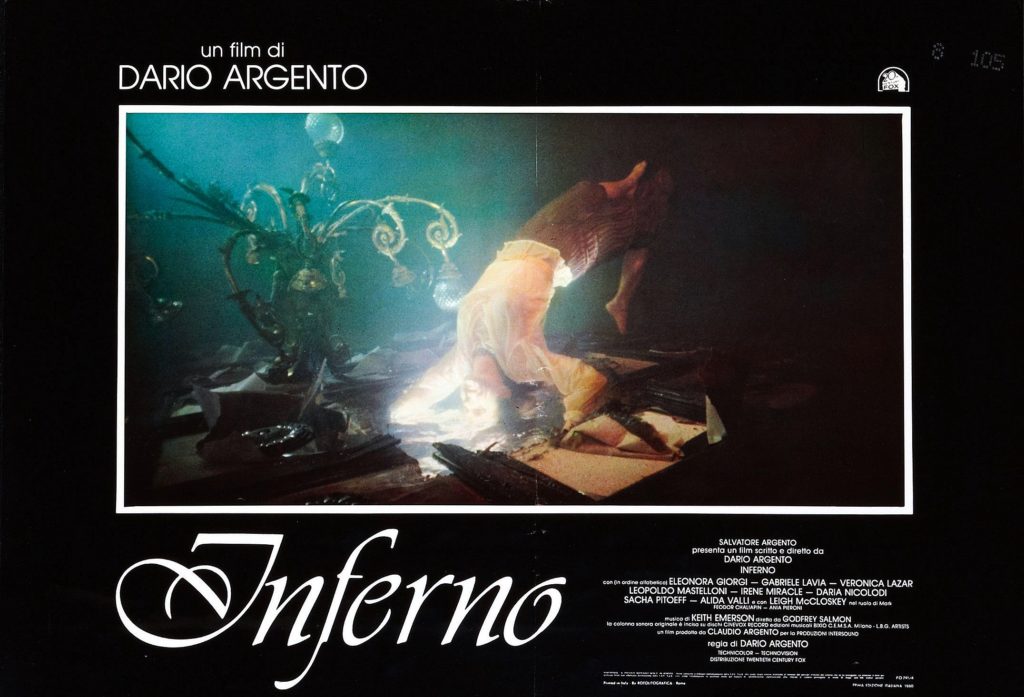