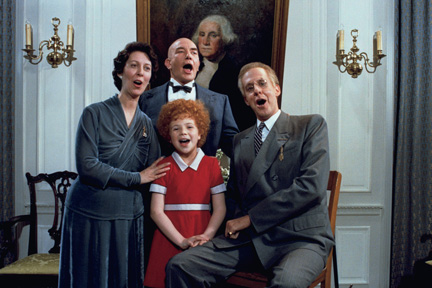 I’ve had presidents on my mind lately. Last week was Presidents’ Day. The week before was Lincoln’s Birthday. This week, I’m finally seeing Hamilton. And our news cycle is dominated by the antics of the man in this video:

Last year, I wrote about 1776 and DEAREST ENEMY for the 4th of July Jaws Day, but those aren’t the only politically-tinged musicals to come out of Hollywood. Presidents Washington, Lincoln, Cleveland, Benjamin Harrison and Franklin Roosevelt have all been honored in one way or another with the musical treatment, to varying degrees of success. 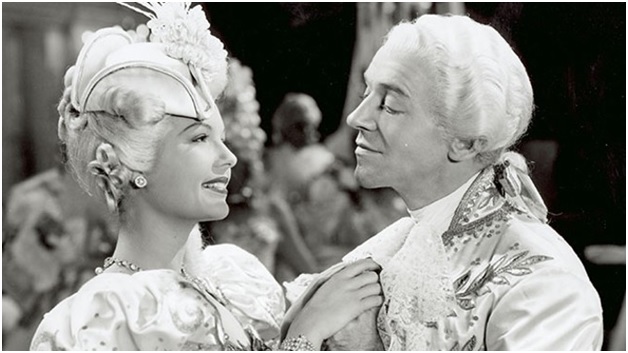 Let’s start at the beginning. While George Washington is a presence in both 1776 and DEAREST ENEMY, he gets a more direct tribute in Mark Sandrich’s HOLIDAY INN, with “I Can’t Tell a Lie,” sung by Fred Astaire, and danced by Astaire and Marjorie Reynolds.

“I Can’t Tell a Lie”
from HOLIDAY INN (Paramount, 1942)
Music and lyrics by Irving Berlin
Performed by Fred Astaire

HOLIDAY INN is built around the idea of Bing Crosby running an inn that was open only on holidays (giving Irving Berlin the chance to showcase a song for each occasion). With Lincoln’s Birthday, Valentine’s Day, and Washington’s Birthday all landing within a week of each other, February was a busy month for Crosby and company. Naturally, each day got its due from Berlin. “I Can’t Tell a Lie” is based on the legend of Washington chopping down a cherry tree. Crosby croons the love song “Be Careful, It’s My Heart” for Valentine’s Day. And Abraham Lincoln, the man who guided the country through the Civil War in the name of abolition, is saluted with a spiritual-infused “Abraham,” performed by Crosby and Reynolds in blackface. 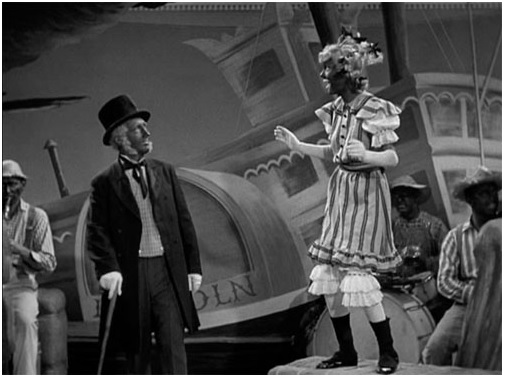 See, Crosby and Astaire are fighting over Reynolds, and Crosby doesn’t want Astaire to know that Reynolds is performing at the inn. so Crosby disguises her in the most grotesquely inappropriate tribute to our 16th president imaginable. There’s also a lyric about “the darkies,” sung in the movie (not on this recording) by the black actress Louise Beavers, and her character’s children. It is the only singing any non-white person does in this film. Such was Hollywood in 1942. 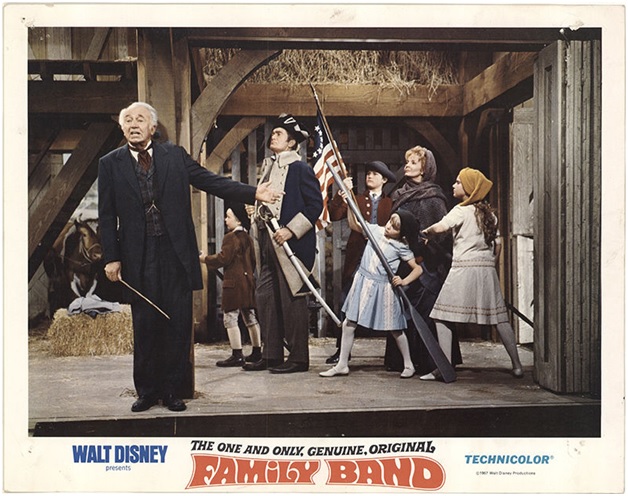 Disney’s THE ONE AND ONLY, GENUINE, ORIGINAL FAMILY BAND, directed by Michael O’Herlihy, takes place in 1888, during the presidential race between Grover Cleveland and Benjamin Harrison. It’s an odd little movie. As it begins, the Bower family of Missouri is rehearsing a song that Grandpa Walter Brennan has written for them to perform at the Democratic National Convention in St. Louis:

“Let’s Put It Over With Grover”
from THE ONE AND ONLY, GENUINE ORIGINAL FAMILY BAND (Disney, 1968)
Music and lyrics by Richard M. Sherman & Robert B. Sherman
Performed by Walter Brennan, Buddy Ebsen, Lesley Ann Warren, and the Bower Children (including a 14-year old Kurt Russell!)

But they never make it to the convention. Instead, the Bowers move to Dakota Territory, which was largely Republican at the time. As the territory was on the verge of statehood in 1888, the majority of… honestly, unpacking the politics of this movie could take days. Suffice it to say that battles were drawn along party lines as ferociously then as they are now. 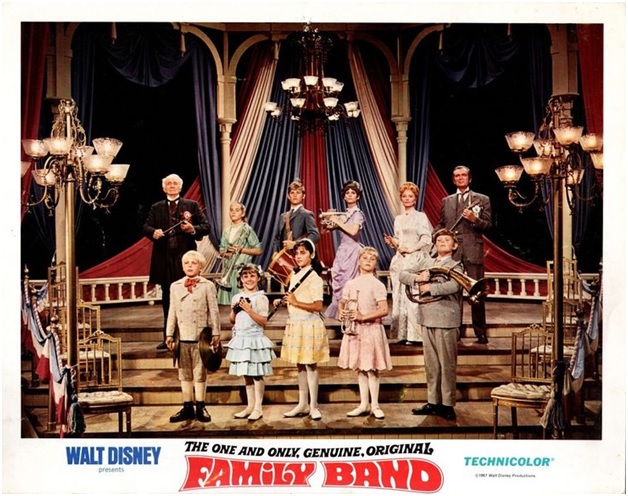 Everyone makes nice with each other by the final credits, because this is America, where Republicans and Democrats can unite for the common good of the country.

But try telling that to Harold Gray, creator of the Little Orphan Annie comic strip. Gray hated Franklin Roosevelt so much that he killed off leading character Daddy Warbucks when Roosevelt was elected for his fourth term in 1944 (and then brought him back to life when Roosevelt died in 1945). That didn’t stop the creators of the Broadway musical Annie from bringing FDR into their story, where the spunky little redhead leads the president and his cabinet in a reprise of “Tomorrow,” inspiring Roosevelt to come up with the New Deal. The show even ends with the song “A New Deal for Christmas.”

God damn, do I love musicals.

John Huston’s 1982 film of ANNIE (yes, the real John Huston) jettisons the Cabinet scene in favor of Daddy Warbucks (Albert Finney) and Annie (Aileen Quinn) meeting with Franklin (Edward Herrmann) and Eleanor Roosevelt (Lois de Banzie) in private, where Annie leads everyone in “Tomorrow.” This is one of the few times the song is sung by the president, instead of about him.

The film ends on Jaws Day the Fourth of July, so naturally “A New Deal for Christmas” had to be cut from the score. On the other hand, the stage musical doesn’t involve Annie being chased up a crane by a murderous Rooster (Tim Curry), only to be rescued by Punjab (Geoffrey Holder) in a helicopter. 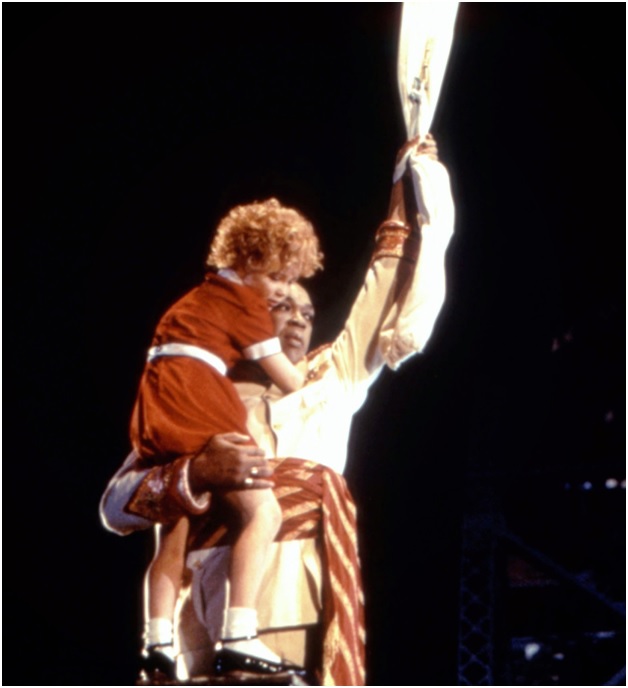 Which is the better ending? Who can say?

Let’s wrap this up with a tribute to our lesser-known presidents: