Much of the world only knows Shane Stant, the man who swung the baton that struck Nancy Kerrigan in 1994, as a villain. MY HERO’S SHADOW is his story. 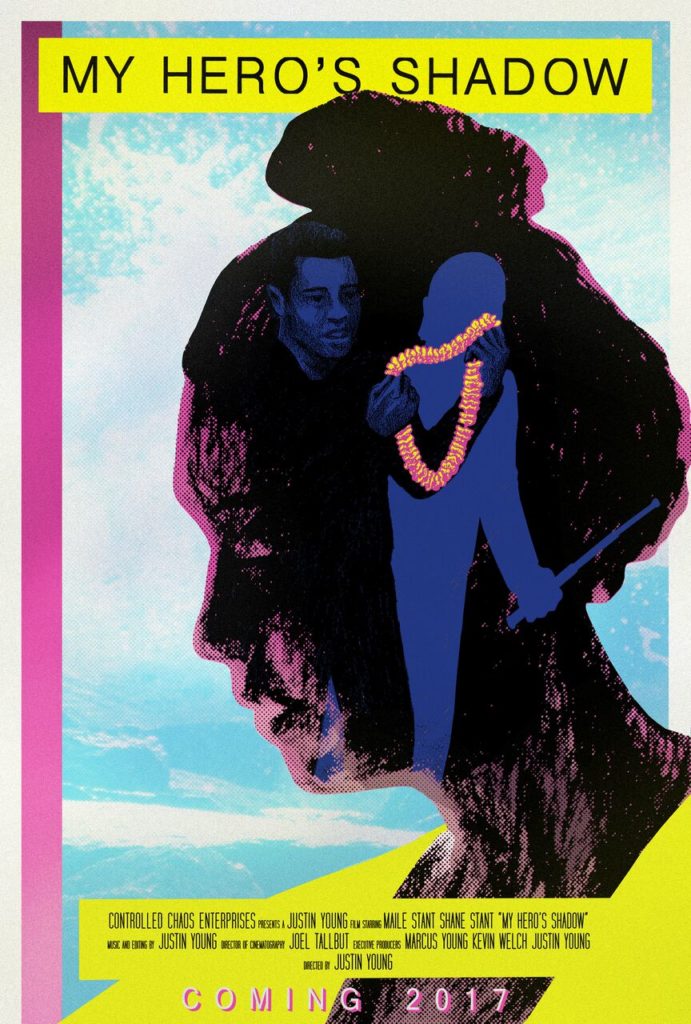 A flip side to I, TONYA, MY HERO’S SHADOW tells the story of the event that would change figure skating forever from a different perspective.

Maile Stant was only two years old when the attack happened, and only knows the person her brother became after this event.

Maile has never asked Shane about who he was before 1994 and what took place that day at Cobo Arena — until now.

In 1994, Shane Stant swung the baton that famously took out Nancy Kerrigan in “the whack heard round the world.” For the first time, Shane shares his full story — from the abuse he suffered at the hands of his father, to the detailed planning and execution of the attack and how prison forever changed him. We also see this notorious hitman through the eyes of his younger sister. While the outside world only knew Shane’s violent past, Maile (two-years old at the time of the event), only knew Shane’s compassion and care. He was her protector from the abuse of their father. Maile, now 26, is finally ready to confront her brother’s past, as they sit-down to talk about it for the first time.

With never-before-shared details, Shane tells his full account of the the attack in a heart-to-heart with Maile that may forever change their relationship. As we follow Maile’s journey to accept her hero’s dark past, we learn that the Hitman, like most of us, is more than his worst act.

From writer/director Justin Young comes one of the most powerful films of the year, MY HERO’S SHADOW. The executive producers are Justin Young, Marcus Young, and Kevin Welch.

Daily Grindhouse: Why this project?

Justin Young: Well, it’s interesting, I wasn’t out pursuing this particular story. It kind of found ME. I became friends with Maile, Shane’s sister, in Hawai’i, and she told me about how great her brother was and what a huge influence he had on her. At the end of glowingly talking about him, she casually drops the fact that he attacked Nancy Kerrigan. I really felt like it was an opportunity to bring some humanity back to this story — to bring a new perspective to something most people had already made their mind up about. That excited me.

Daily Grindhouse: Let’s backtrack. Why movies? What was it about film that had you jumping through fiery hoops to be a part of it?

Justin Young: I’ve been a musician and songwriter my whole professional life and have felt an urge bubbling up to want to tell a story in greater depth than can be told in a three-and-a-half minute song. At the same time, I’ve always loved documentary films, so I thought why not give it shot — I’m used to fiery hoops!

Daily Grindhouse: Did you find it relatively easy to break in?

Justin Young: Not sure if I’ve “broken in” yet, but from a creative standpoint I think my music background helped with having a good instinct for storytelling and editing. I also took attended a summer course at the New York Film Academy and my teachers have all been really helpful in recommending me for jobs and for advice on this project. My guess is that the documentary community might be a little more supportive to newcomers than other genres. I huge thing is that I’m really fortunate to have friends that work in film and TV who signed on to produce the project with me. 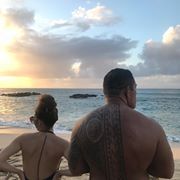 Daily Grindhouse: You have to have a thick skin, if you’re working in the business, I imagine. How do you handle the ups, downs, rejections, and disparagement that the game brings?

Justin Young: It’s definitely scary to put everything you have into a project and put it out in the world for people to judge. But the alternative is to do nothing! I remind myself that every movie I’ve loved, someone gave a bad review to, somebody passed on. As far as the process of making the film, you have to love it and believe in what you’re doing — that will pull you through. 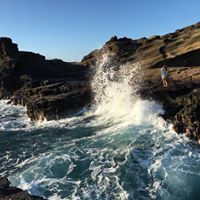 Daily Grindhouse: You clearly like to be involved in all facets of filmmaking – is that why you prefer to get involved in indie projects?

Justin Young: For me, making a film and telling someone’s story is a really intimate, personal experience. So it’s important to be involved with all of it. It also saves money — so that’s a plus! 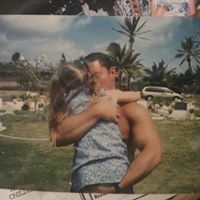 Justin Young: I’m new to the game but I can assume it takes a good deal of money and a coordinated marketing push, in most cases, to get a nomination. Good thing is these days people can find your films digitally and through other outlets. 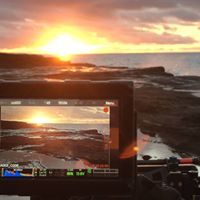 Daily Grindhouse: Even the major press shies away from indie films. Has it become less about what the readers might want to read about and more about who will keep them in business?

Justin Young: I’m already a cynical musician — don’t crush me as a bright-eyed filmmaker! Haha… But yeah, that sounds about right.

Daily Grindhouse: Is MY HERO’S SHADOW something you intend to hit theaters? What’s the plan…?

Justin Young: I think a digital release is most likely. We’re in the process of finding distribution for it.

Daily Grindhouse: How long ago did you begin making the movie?

Justin Young: I mentioned it to Maile the first day we met, knowing it was a long-shot, since Shane has shied away from the press. It was probably a year and half after that initial meeting that she contacted me and told me Shane was ready to do the project, and then another year in production. 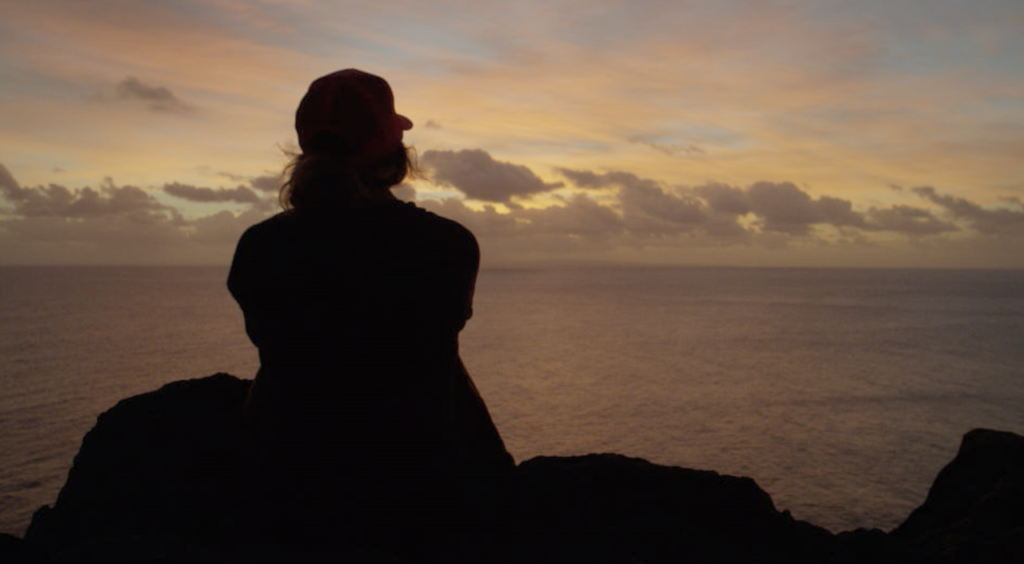 Daily Grindhouse: What was the drive behind it?

“Each of us is more than the worst thing we’ve ever done.”

I really felt like this story got to the heart of that. It was really just a compelling story to me – everyone sees this guy as a villain, while this one person has only ever seen him as a hero and up to this point has actually been unable to see him as a villian. So it’s this intersection where Maile is ready to finally see her hero, fully, with his flaws and dark past and hopefully at the same time the audience is traveling the other direction — seeing Shane for the first time as more than just a ‘bad guy’ and they meet in the middle. The truth is, people are multi-dimensional and complicated and have the capacity for both good and bad. 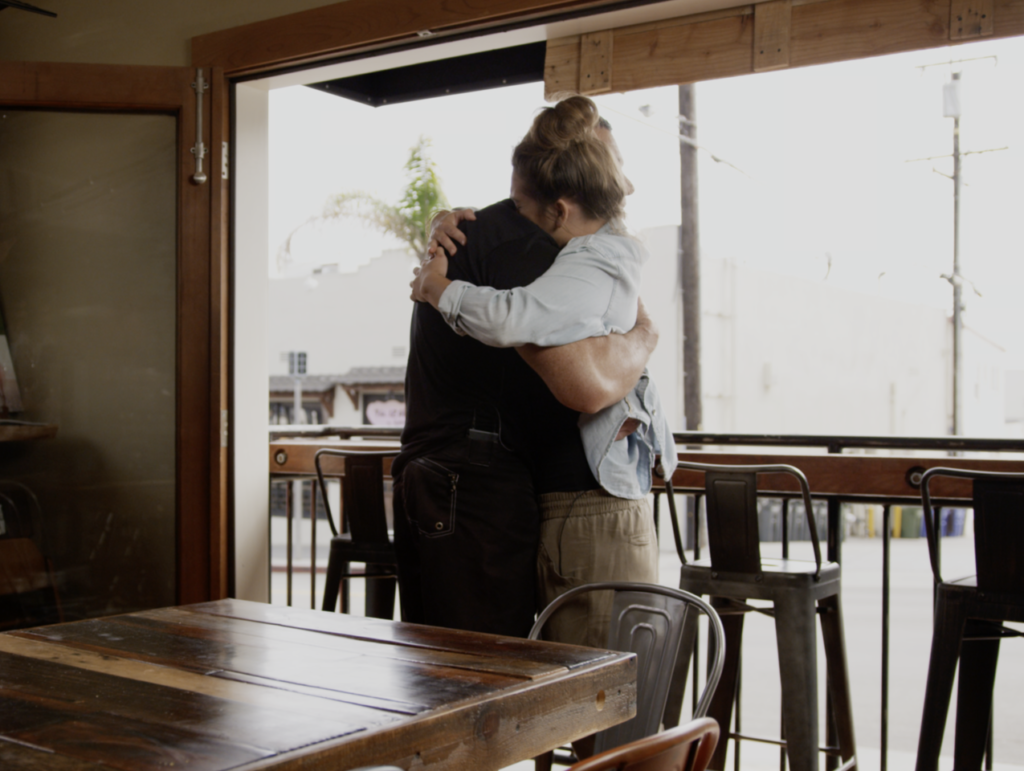 Daily Grindhouse: Now that it’s complete, is there any apprehensiveness or nervousness about unleashing it onto the world?

Justin Young: Definitely. I mean it’s like you have a baby and then you let it out into the world and everyone tells you what they like and what they don’t like about your precious kid. Mostly, I just really want to do justice to Shane and Maile’s story. It’s a powerful one and they trusted me to tell. So it’s mostly just pressure to not screw it up! 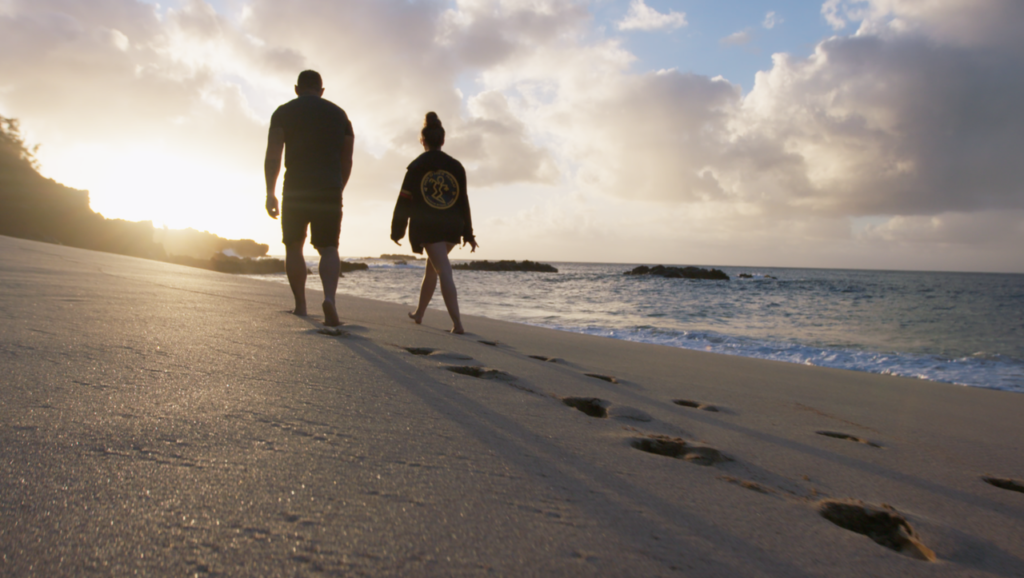 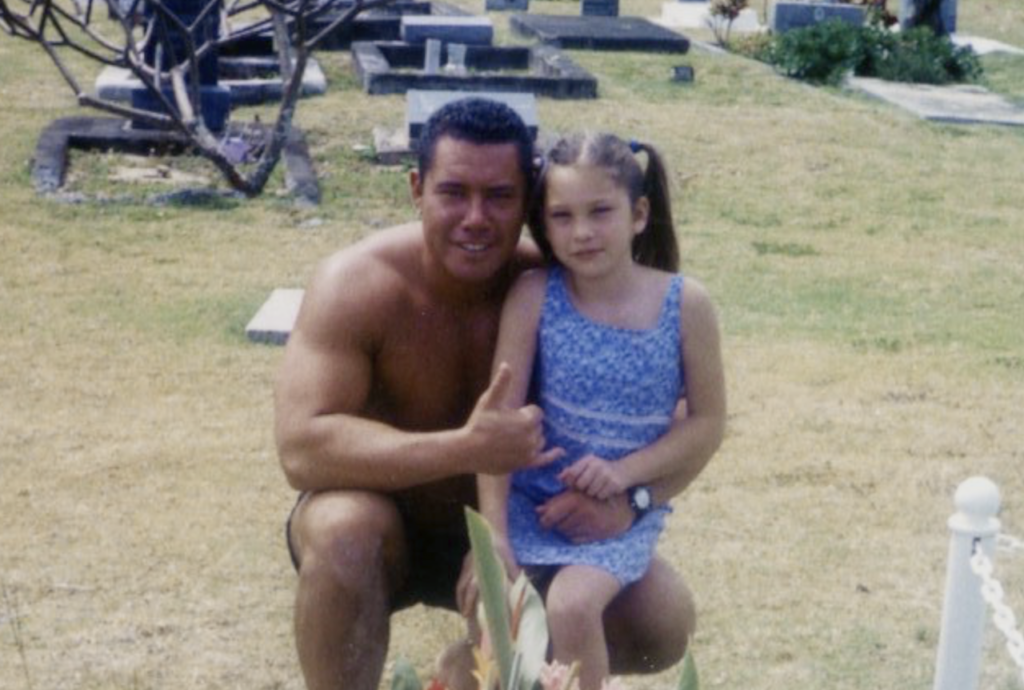