So here’s a little behind the scenes tidbit for you guys: I’m currently writing this intro while waiting for a wedding to begin. Partly because I’m a workaholic who can’t turn his brain off, but mostly because I’m an antisocial ass.

Oh, it’s starting. Back in a minute.

Oh, that was beautiful. And thanks to the magic of writing, a second to you is three whisky sours for me.

Now it’s Tuesday night, and I’m kicking myself for not getting this done sooner. 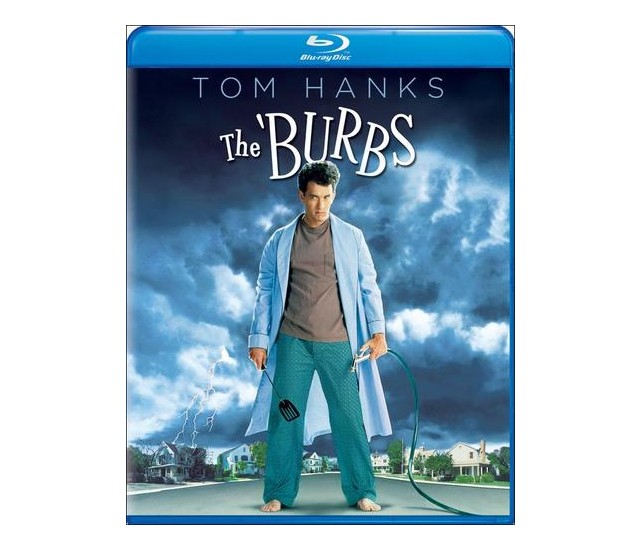 I’ve found that when it comes to meeting new people, Joe Dante tends to be a good barometer for coolness. Its easy for somebody to name-check Tarantino, Spielberg, and Scorsese, but if I’m at a party and we get to talking about the films of Joe Dante, I know this person is the real deal. That being said, I think there’s room to discuss what could be considered his best work. Yeah, GREMLINS is the easy answer, but why not dig deep and actually try? I’m generally of the opinion that MATINEE is his masterpiece, but THE ‘BURBS definitely reigns supreme for a lot of people. Whats not up to debate is that this is the peak of Tom Hanks’ comedy phase, and thanks to Dante’s manic bent, they manage to make a movie that’s a funhouse mirror of suburban living. Or maybe just a regular mirror. 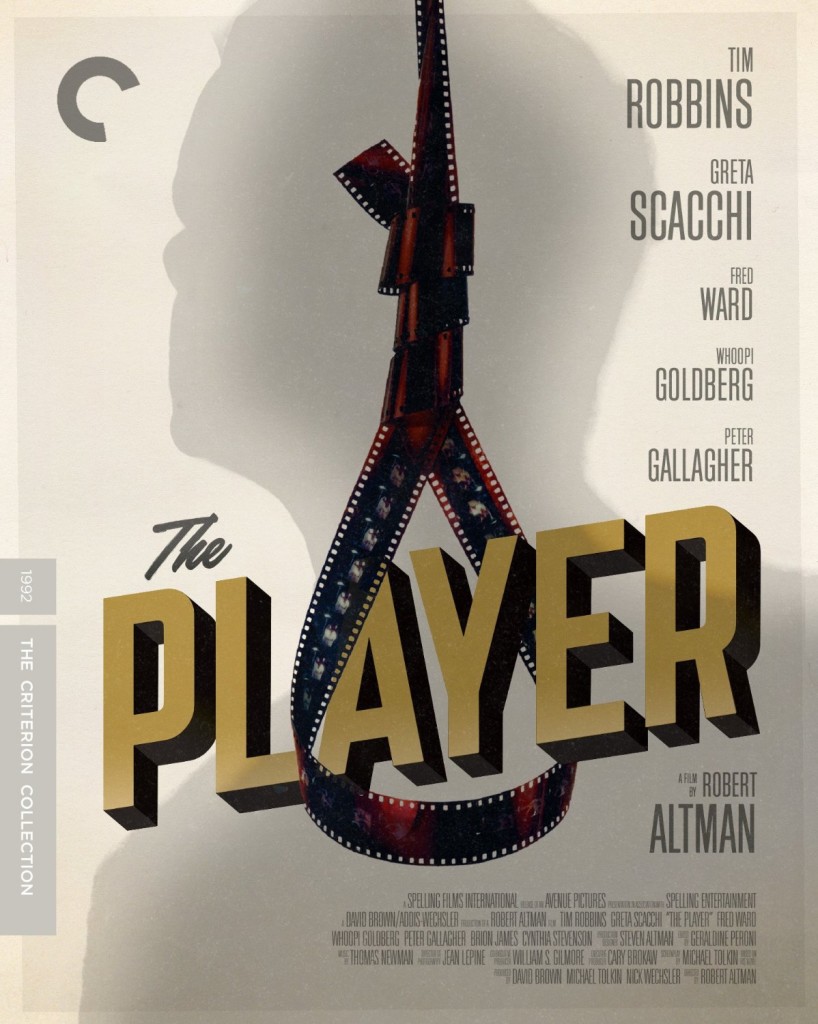 So here’s the first of what will be the first of many little embarrassing confessions: I don’t entirely get Robert Altman. Okay, wait, no, I “get him,” in terms of his place in cinematic history, and lord knows I’ve watched THE LONG GOODBYE enough times to be considered a fan, but almost every other piece of his filmography has eluded me. I’ve been thinking that it might be time to re-tackle it, and Criterion’s new edition of THE PLAYER might just be the perfect start. Hollywood satires can sometimes seem like they’re a dime a dozen, but the good ones tend to stand out, and a film with the sort of cast that THE PLAYER boasts can’t help but stand out. And if I don’t like it, then at least I can learn something from the supplements. 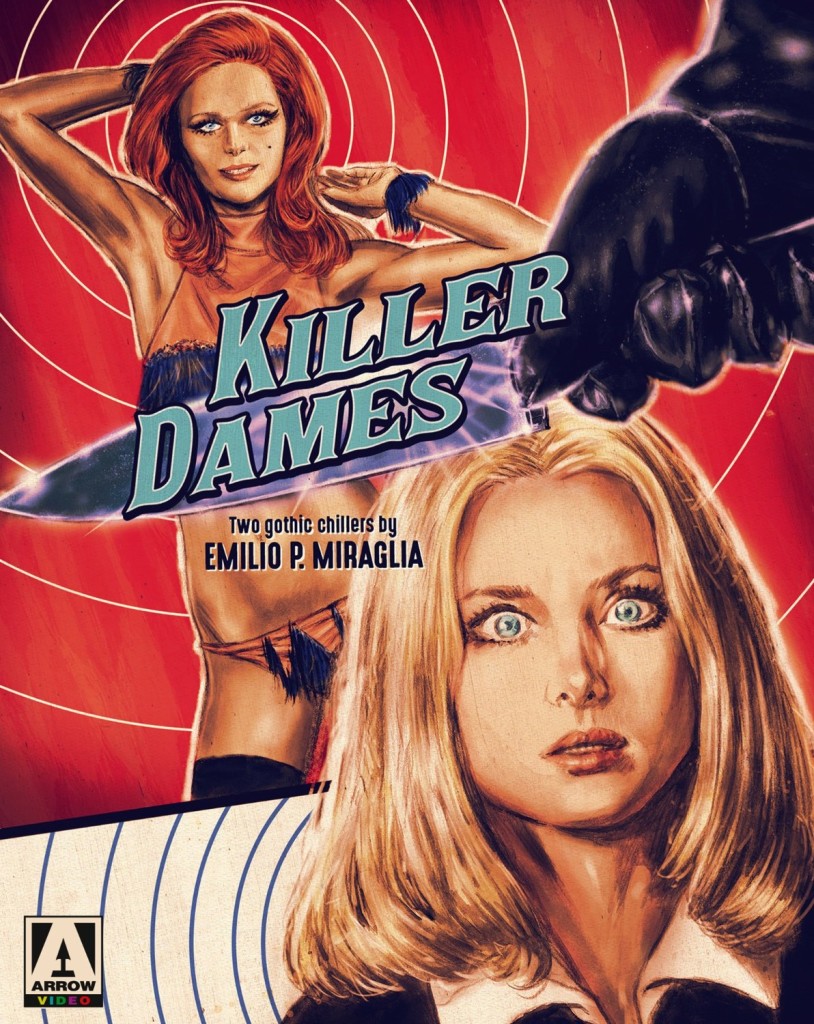 This is the latest offering from Arrow Video, collecting two giallo films from director Emilio P. Miraglia during the peak 1970’s period when Italy was churning out the genre. I’ll be the first to admit that outside of Argento and a few of the other big guns of the genre, I’m not super well-versed in this particular brand of slice-and-dice features, but these two intrigue me, if for no other reason that with titles like THE NIGHT EVELYN CAME OUT OF THE GRAVE and THE RED QUEEN KILLS SEVEN TIMES, they gotta be worth watching on some level. 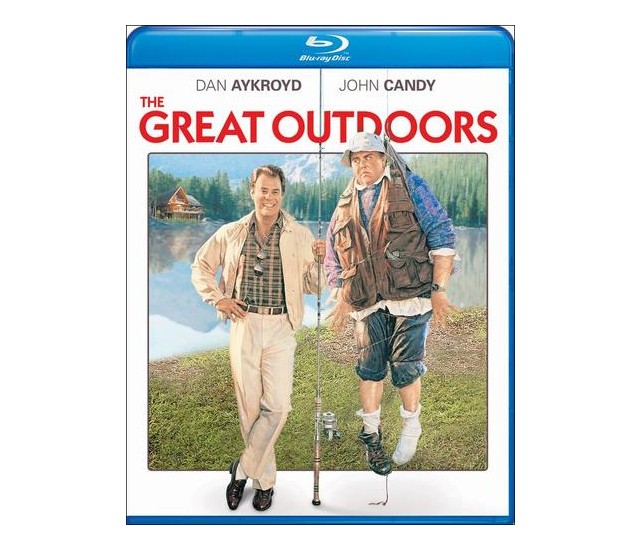 Camping sucks. But it becomes somewhat more bearable, if you’re watching John Candy and Dan Aykroyd do it. 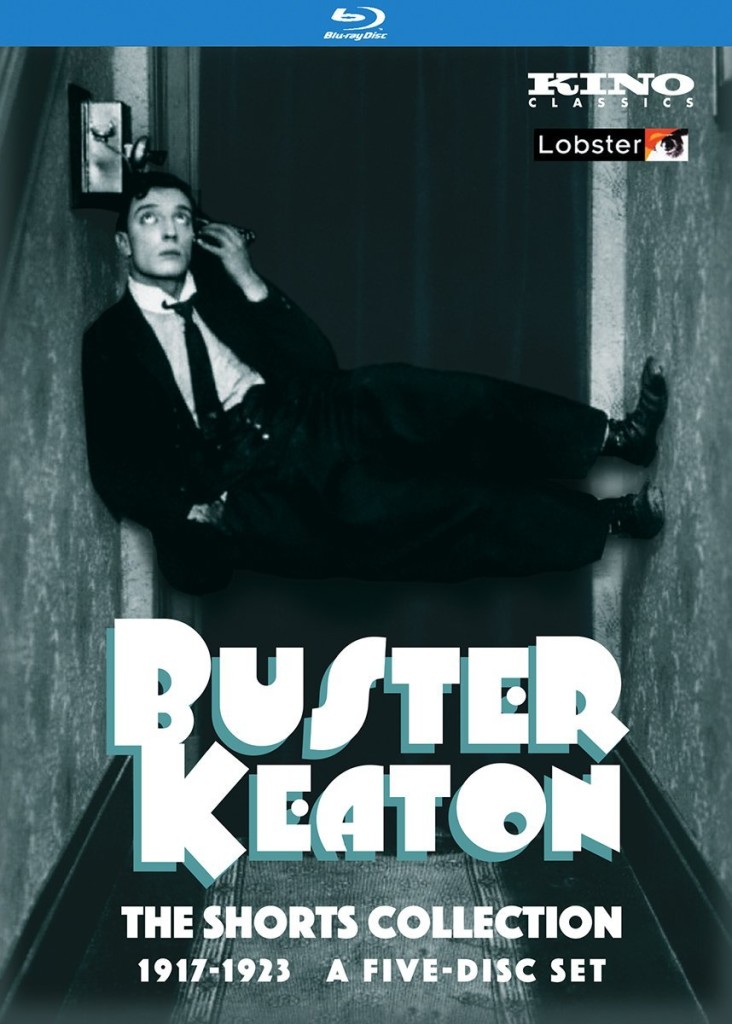 It took me a long time to really engage with the silent comedies of the first quarter of the century. My personal favorite is Harold Lloyd, but I’m not even going to try to mount a defense against the fact that at the end of the day, Buster Keaton is the greatest that ever lived. His influence is still being felt today, in new and unexpected ways (let me tell yah, Tom Cruise makes a lot more sense once you realize Keaton is his favorite actor of all time), and this new shorts collection out from Kino Lorber could be a great introduction to some of his shorter form works. 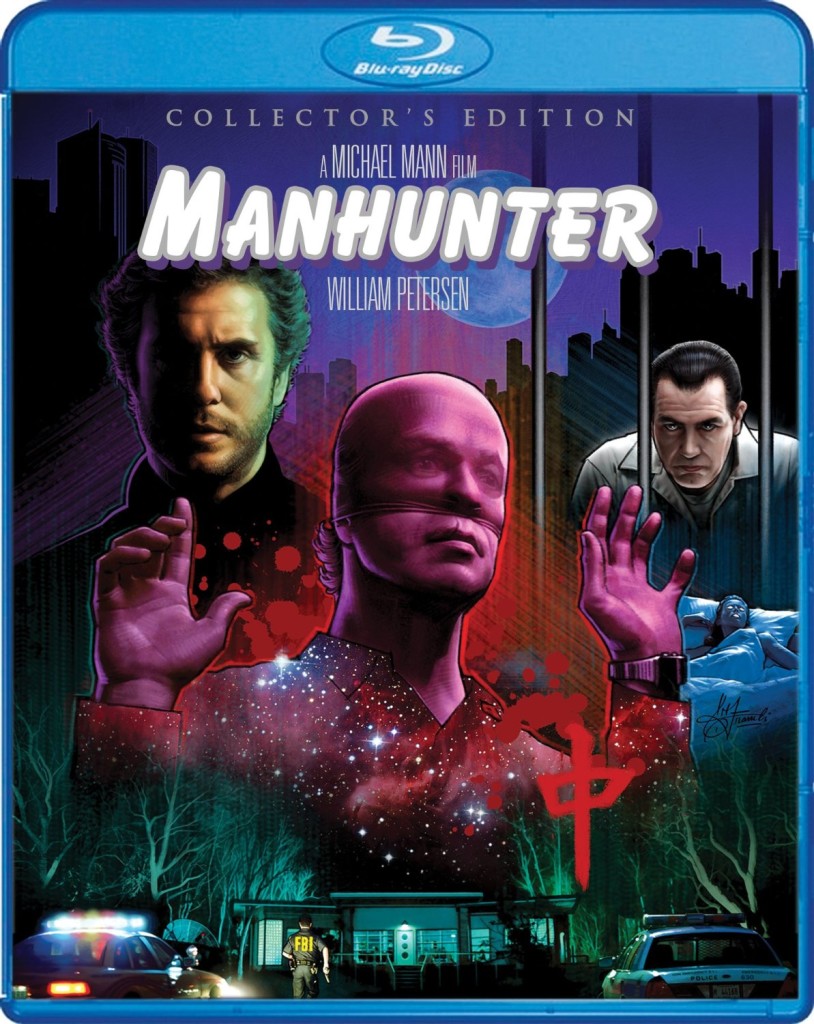 I actually pre-ordered this and got it a  few weeks ago. I was hoping to do a full review, but that got sidelined, due to work and DG-related opportunity that you all will be seeing soon. Also, let’s be honest, we probably don’t need another review of a Michael Mann film on this site (scratch that, Jon already did it). Doesn’t mean I don’t still want to write one though!

Re-watching this movie, I realized this had been my first viewing since the beginning of Hannibal, which as with most people, went on to supplant every image I had ever come to associate with Richard Harris’s Red Dragon. However, what’s amazing is that even with Bryan Fuller’s 30+ hour epic creeping in the background of my mind, MANHUNTER still had power to get its hooks into me. Say what you will for long-form storytelling, but Michael Mann manages to convey with a single shot what most people need an entire movie to convey.

This is out from Scream Factory which, as I have said before and will say again, pretty much makes this the definitive edition of this flick. Thanks to the special features, anything you’ve ever wanted to know will be answered, thanks to full-length interviews with cast members William Peterson, Joan Allen, Brian Cox, and Tom Noonan (the only guy not on here, aside from the late great Dennis Farina, is Stephen Lang, who I am always amazed went from the baby-faced Freddy Lounds to the grizzled character actor veteran we now know and love). For those of you more interested in the technical side of things, they also have DP Dante Spinotti, and interviews with the various musicians that make up its distinctive soundtrack.

The real coup, though, is the inclusion of the Director’s cut, which suffers a bit due to standard definition inserts to construct it, but is worth it to see just what Mann was trying to do by including scenes that really showed the emotional toll this job takes on Will Graham. This flick’s a straight up masterpiece of terror, and of all the flicks on this list, the most deserving of your dollars. 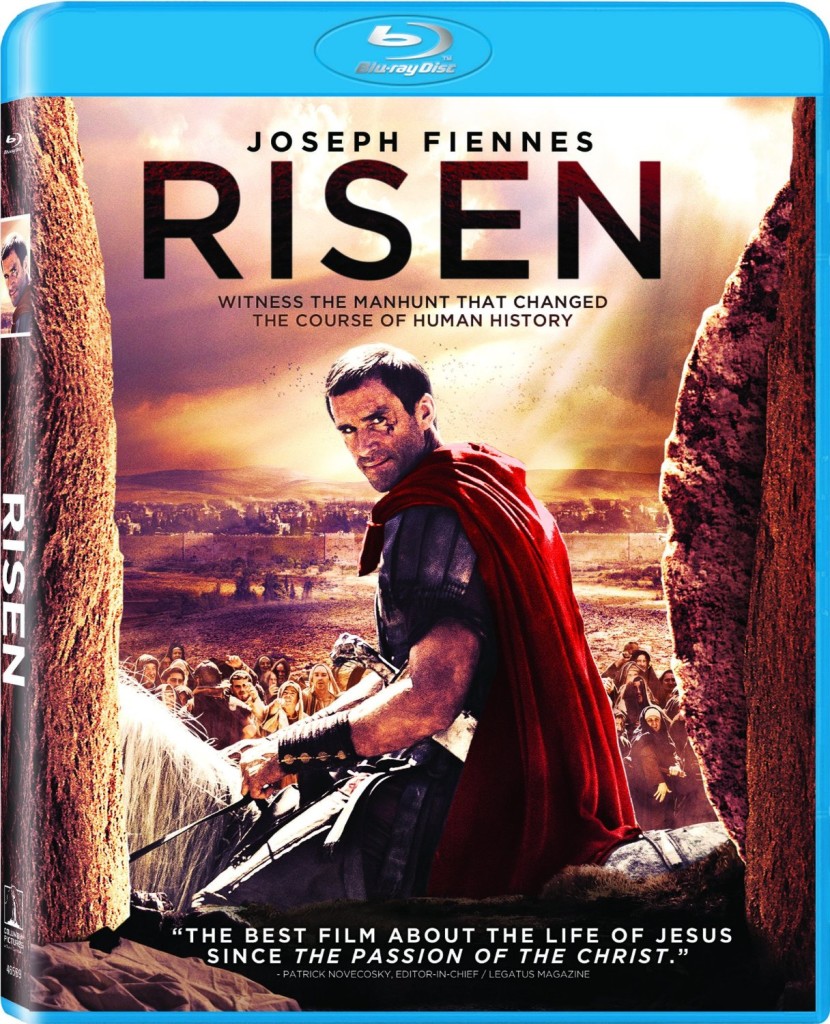 Okay wait, hear me out! I deal with enough Catholic guilt on a daily basis that I really don’t movies to add on to it, but there’s something about RISEN that I can’t help but find weirdly appealing. The idea that you take the resurrection of Christ and effectively turn it into a police procedural is a good one, and even if it hits all of the worst cliches of faith-based films, I feel like this flick might have just enough of an edge to overcome them and enter into pure entertainment. 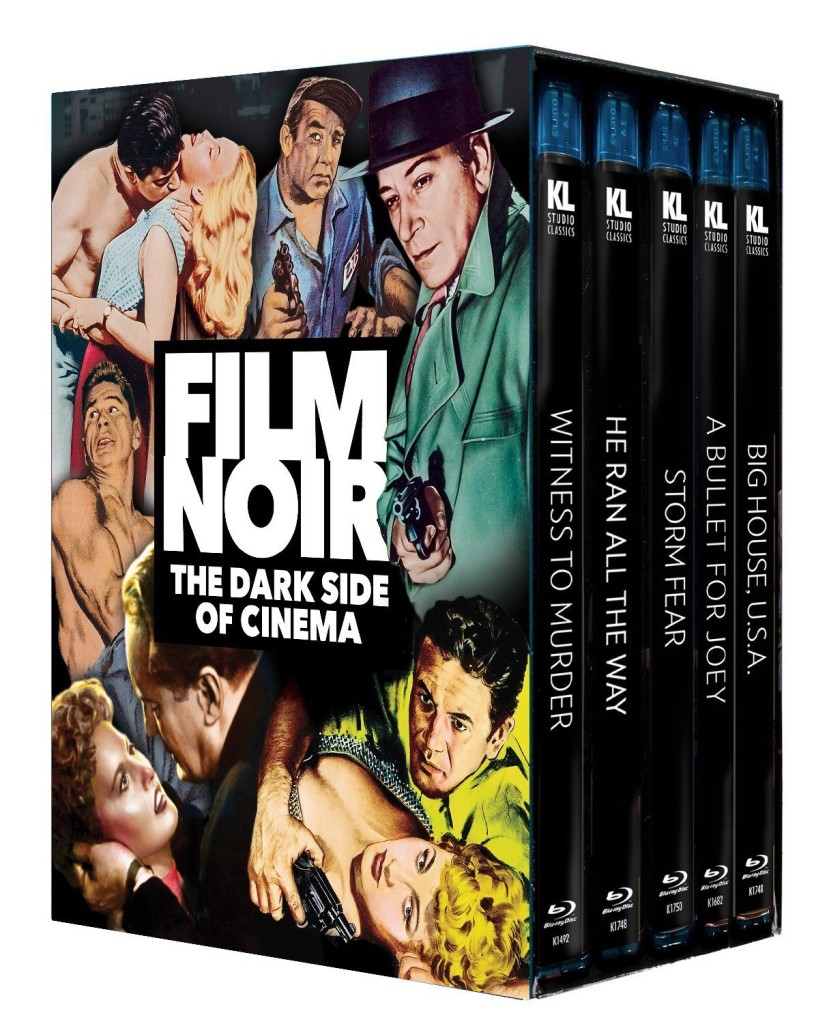 FILM NOIR: THE DARK SIDE OF CINEMA

This is probably the most bang for your buck this week, aside from the Keaton collection, made up of previous Kino Lorber releases BIG HOUSE, USA, A BULLET FOR JOEY, HE RAN ALL THE WAY, STORM FEAR, and WITNESS TO MURDER. I’ve only seen a few of these, but even counting those, this set is stacked. Probably would make a good gift for anyone with an interest in the genre, or even if you’re looking to go into some deep cuts for yourself. 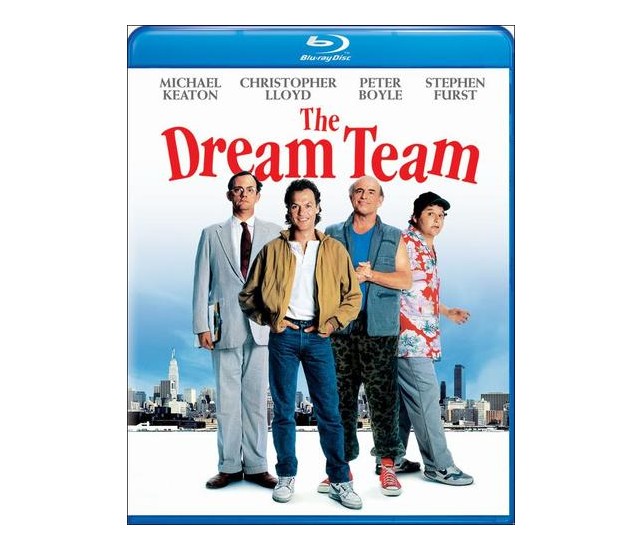 And here’s the nostalgia pick for the week. I know I saw this flick when I was in high school, but aside from the broad strokes of the plot, involving some sanitarium patients going to New York for a ball game and then getting loose and hijinks ensuing, I can’t remember much else about it. That being said, with a cast that includes Michael Keaton, Christopher Lloyd, Stephen Furst and Peter Boyle (all-timers if there ever were), there are worse reasons for revisiting a film. 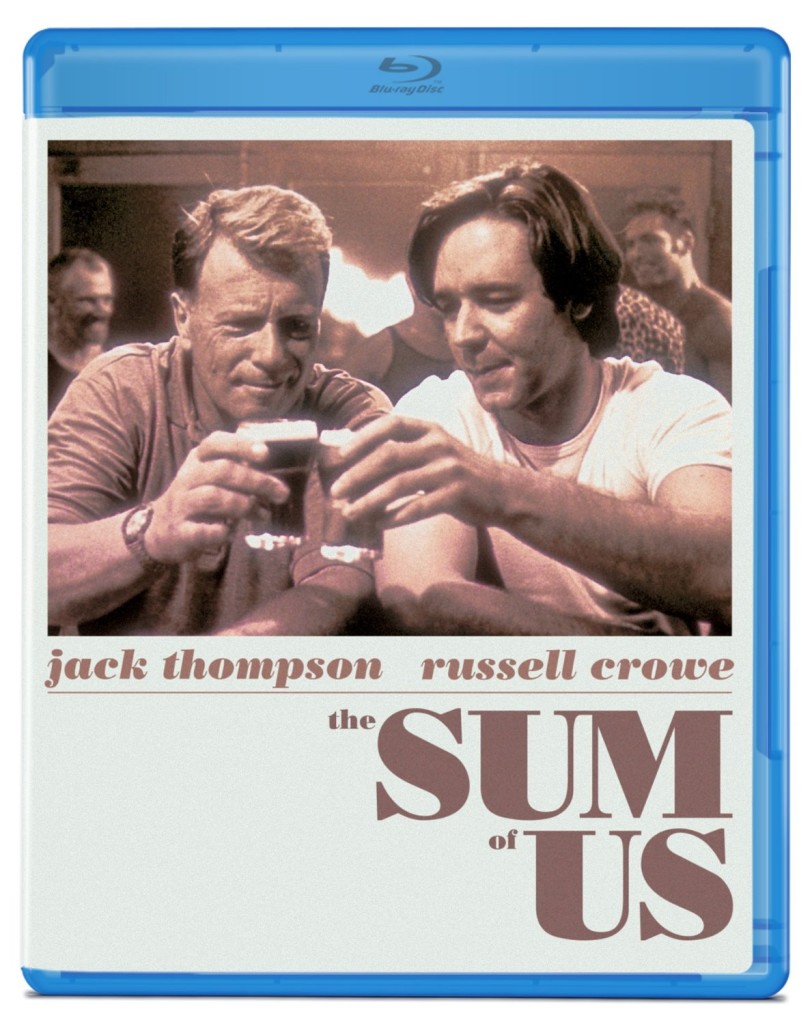 With THE NICE GUYS out, which you all should see because it’s just mean-spirited joy incarnate, I figure it might be time to get a Russell Crowe revival going. For better or worse, I’ve been a fan of Crowe for a long time, and I think few movies really showcase his talents quite like THE SUM OF US, which has Crowe playing a gay man living with his supportive widower father, and the trials each of them have in finding love. I’ve heard complaints that the tonal shift from the lighter first half to the more serious back half can be jarring for some, but for me, that’s about as realistic as it gets. Life can get rough, but there’s love and joy in it, even if it inevitably swings back around.