Not gonna lie to you guys, this week was pretty light on new releases. Not to be paranoid, but I wonder if it’s because everybody wanted to steal clear of the big weird-looking swinging dick that is DEADPOOL. All that means though, is that we had to dig deep this week (okay, not that deep, between Wade, and Lee, and Bogie, we are very much playing to our strengths) to find you ten solid recommendations being released today. As always, if you think I missed anything, feel free to give it a shout-out in the comments but before that, lets see what we’ve got! 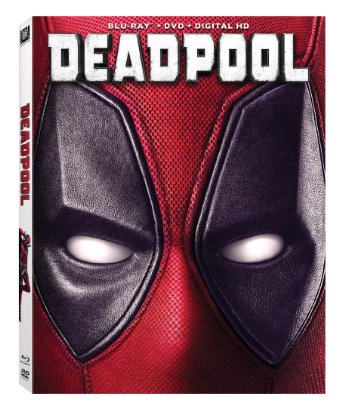 Man, how weird is it that we live in a world where future film history courses are probably going to have a section on pre- and post- DEADPOOL blockbusters? Because I don’t think anyone was expecting a foul mouthed, meta, hyper-violent movie where the hero takes a strap-on from his girlfriend to make three quarters of a billion dollars. I sure as hell didn’t, even after hearing some generally good buzz beforehand when I saw it in theaters, I was half expecting to see a train wreck. Instead I ended up seeing a movie that may well end up being a game changer. Sure, its broad and generally plays to the lowest common denominator but its different and its got heart. Ryan Reynolds puts in a hell of a performance (which is basically just really good VO work since half the movie is a video game cut scene, director Tim Miller’s bread and butter) and never stops being at least baseline fun. Not sure how well it’ll hold up on repeat viewing, but might be worth throwing down some bills to check it out. 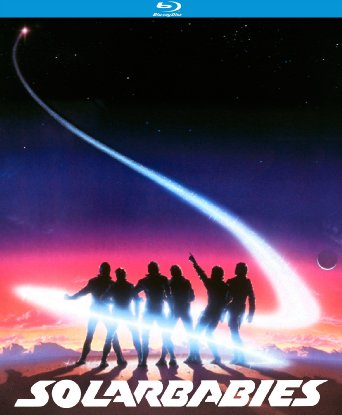 Lets talk about Mel Brooks for second, specifically Mel Brooks the producer. For all the rightful praise he gets as a director, Brooks had a pretty interesting track record as a producer, almost singlehandedly sponsoring David Lynch and David Cronenberg, and oftentimes taking his name off of projects so he wouldn’t distract from the directors. However, even by the standards of stuff like THE FLY or THE ELEPHANT MAN, SOLARBABIES is a pretty strange movie to find Brooks’ name on. Directed by his longtime collaborator and TO BE OR NOT TO BE (1983) director Alan Johnson, SOLARBABIES kind of plays like an all-ages version of THE ROAD WARRIOR, just instead of cars and trucks, it’s roller-skates and dirt bikes. I remember watching this in high school ,and although I don’t think it reaches rewatchable level of WTF’ery, it’s still a fascinating cultural artifact from a time when weird little movies like this could still get made. 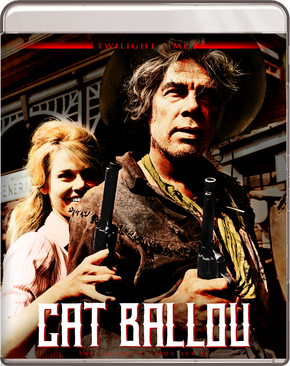 Starring Daily Grindhouse spirit animal Lee Marvin in a dual role that finally snagged him an Oscar CAT BALLOU is a pretty fun movie if you come at it from the right perspective. Like a lot of comedies of this time period, certain elements haven’t aged particularly well or are even downright corny, but it has a laid-back quality that works well for what it’s trying to do, and in its own weird way, laid the groundwork for Jane Fonda’s breakout BARBARELLA.

One quick note about this release, though, is that unlike everything else on this lis,t this is being sold exclusively by Twilight Time, a specialty distributor that has made a name for itself with quality transfers of often overlooked movies, but with incredibly limited runs. So if you need this movie, I’d recommend not waiting around. 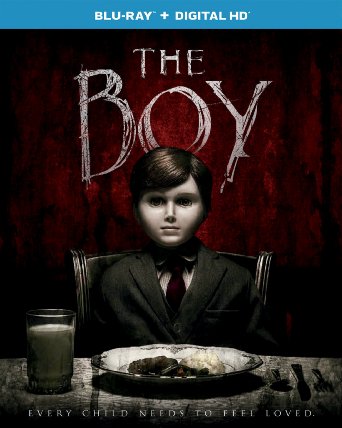 This is actually the second movie titled THE BOY in just as many years, and in fact I’m pretty sure the first came out on Blu-Ray (directed by Craig William Macneil and a much more deliberate coming of age movie about a young might-be serial killer that I highly recommend) as this one was leaving theaters. I never got around to seeing this in theaters and the consensus is about as split down the middle as you can get. Some seem to think its a fun creepy throwback whereas others seem to think its the second coming of THE GARBAGE PAIL KIDS MOVIE. Speaking for myself creepy dolls don’t really do a whole lot for me (just punt Chucky into a mulcher and lets call it a day folks) but I get the appeal and lets be real there are probably worse things to look at for 90 minutes than Lauren Cohan.

Read the Daily Grindhouse review of THE BOY! 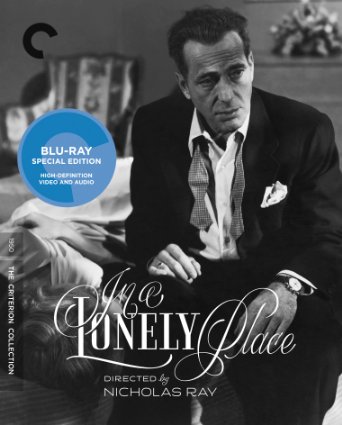 I feel like in the grand cinematic consciousness, Nicholas Ray doesn’t get talked about as much as he should, at least compared to his contemporaries. Sure, the guy made REBEL WITHOUT A CAUSE but compared to his whole filmography that flicks his bronze medalist. The gold standard however might just be IN A LONELY PLACE, which is getting the criterion treatment and joins BIGGER THAN LIFE (his silver medalist tied with JOHNNY GUITAR, because why shouldn’t I complete this bad metaphor?) within the collection. I haven’t seen this flick since college, which was a favorite of my professors, and given that they were former or wannabe screenwriters, its appeal was readily apparent. This is also frequently pointed to as possibly Bogart’s greatest performance, and although I don’t know if I’m willing to commit to that opinion, it’s certainly an all-timer in a career of all-timers. As noir goes, few films get the long shadows cast by Hollywood better than this one. 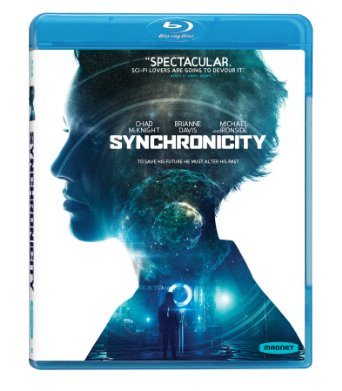 Time travel movies are always kind of bland proposition for me nowadays since it seems like since TIME CRIMES hit they all play on a variation of looped storytelling. You probably know what I’m talking about even if you haven’t specifically noticed it. Basically shit happens to someone, time travel gets involved, they find out they’re responsible for the shit that happened to them, they let it happen again but maybe save a girl in the process. Not saying it doesn’t work but after awhile that format can get a little old. However, although SYNCHRONICITY definitely seems like it plays in that but it also looks like it takes a hard look at the commercial and political implications when time travel becomes a reality. Add that to the fact that its the brain child of Jacob Gentry, one part of the trio that made THE SIGNAL which means it’ll be visually interesting as well as emotionally impactful while delivering some good old fashioned weirdness. 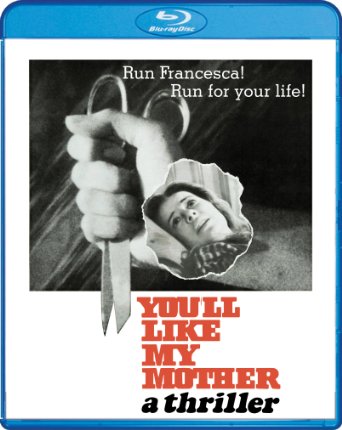 I love it when obscure flicks like this get released because barring a new release from an imprint like Scream Factory I doubt something like YOU’LL LIKE MY MOTHER would ever get on my radar. This was made in the same year as THE LAST HOUSE ON THE LEFT and I’m always interested in seeing movies from this time period because you get the distinct impression that the national consciousness was practically begging to look at its worst impulses. Now that doesn’t necessarily mean its good but it looks like a pretty nasty little movie about the overlap of family and violence. I’ve never seen INSIDE, but from the sounds of things this might be a good appetizer. 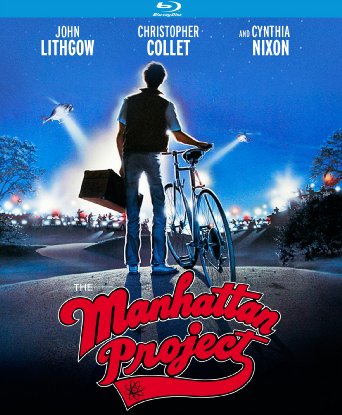 I wasn’t alive during the eighties but watching the films of the decade I get the distinct impression that people were really really bored. That’s the only takeaway I can get from a movie like THE MANHATTAN PROJECT, which is all about a teenager who decides to steal some plutonium for shits and giggles. Not even to put into a DeLorean, just because. Now I kind of understand why we all started doing drugs in the 1990s. Despite all that, this flick piques my interest in a pretty big way. I’m a big fan of John Lithgow from this point in his career, and as nuts as the premise is, there’s definitely fun to be had with it. Much like I said with SOLARBABIES, if nothing else it’s a great cultural artifact, if you’re interested in this era of filmmaking. 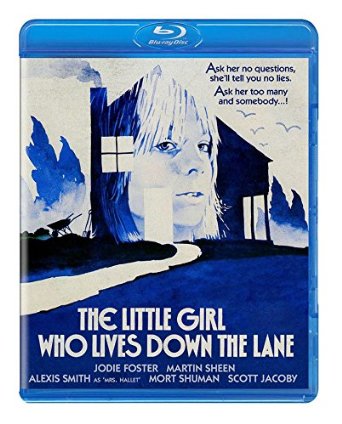 1976 was a pretty big year for Jodie Foster and would sort of duel in how the public perceived her: she was in the original FREAKY FRIDAY, an all-kid version of BUGSY MALONE (which sounds bananas), and of course, TAXI DRIVER. Then there’s this one, which very much falls in the TAXI DRIVER side of things, as it’s about a kid going through some real long-dark-night-of-the-soul type stuff. I’m generally pretty indifferent to child actors, but Foster’s always been the exception for me, especially since becoming familiar with her directorial efforts, so something like this is pretty interesting from an artistic development standpoint. Added bonus, we get Martin Sheen going full on sleazoid, which is always welcome. 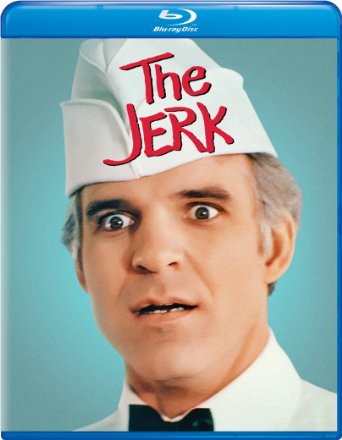 There’s a very real part of me that wants to know how a movie like THE JERK will play to modern audiences. Because let’s be real here, in 2016 a movie that opens with a very white Steve Martin saying “I was born a poor black child” would be the kind of thing to launch a thousand think-pieces, and could break the internet in half if it were released today. But then, few movies being released today have a performer so on top of his game, like Steve Martin was here. Combine that kind of onscreen talent with a director like Carl Reiner (who at this point of his career was a comedy legend in his own right, with his work with Sid Caesar, Mel Brooks, and The Dick Van Dyke Show) ,they managed to create a comedy that both hearkens back to Chaplin while paving the way for everyone from the Farrelly Brothers to Judd Apatow.

Tags: Blu-Rays, Bury Me In Blu-Rays