Dear, sweet Mothman has become a meme online, with fans depicting him as an adorable giant moth with some humanoid features. He is seen as friendly, well-meaning, and just an all-around pal. TikToks show off cosplay as the cryptid; artists paint him; his name is cross-stitched on t-shirts. I even dressed up as the winged beast for Halloween in 2019. However, this digital narrative has moved away from the origins of the creature, one that is not always a pal, but harbinger of disaster. John Keel’s 1975 book, and subsequent film adaptation, The Mothman Prophecies purports to document that true nature of the legendary beast and what his presence actually means. 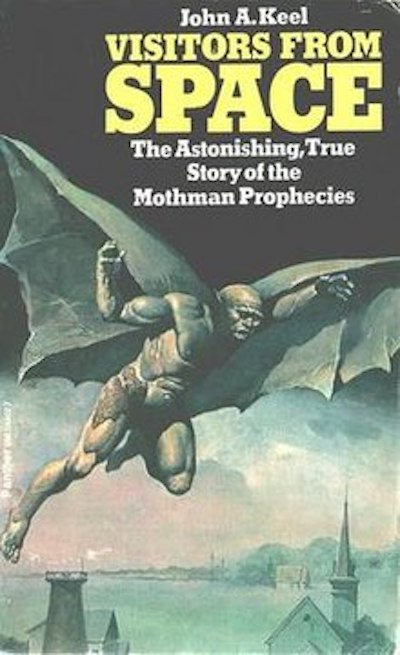 The 2002 film is a loose adaptation of Keel’s (played in the film by Richard Gere) account of his own experience with Mothman in the town of Point Pleasant, West Virginia and the ensuing disaster. In the film, Keel is a Washington Post reporter who has recently lost his wife to cancer. When driving at night to clear his head, Keel suddenly appears in Point Pleasant. There, he becomes embroiled in a mystery about a town’s collective experiences and a seeming descent into madness. As is often done in Hollywood, this version of the story is injected with melodrama and romantic tragedy to give the cinematic version of Keel more of an emotional appeal. But, in reality, Keel was not mysteriously transported to Point Pleasant. Instead, the real Keel—an actual reporter— willingly went to the small town to investigate their numerous reports about UFOs, dead dogs, and sightings of a flying humanoid.

The first reported sighting of Mothman occurred in 1966 when five men spotted him while digging a grave in West Virginia. Since then, there were hundreds of reported sightings in the area, with each describing the same thing: a creature with large red eyes and measuring six to seven feet tall. Sightings were also often followed by reports of eye injuries that were likened to radiation burns. An example of such an injury is shown in THE MOTHMAN PROPHECIES. These kinds of burns are often associated with UFO sightings.

But while he is technically a physical being, Mothman’s presence is rather complicated. He is often associated with the term “high strangeness,” which connotes the utterly absurd and unexplainable events that often surround UFOs or other extraterrestrial events. Unfortunately, he is barely shown in the film, with emphasis instead placed on the concept of the unexplainable and how we experience time may differ from other entities. But, this still begs the question: is he real or a projection of another entity?

This is where the men in black enter the picture. No, not like the characters from the film starring Will Smith and Tommy Lee Jones. These men are in black suits and almost like people, but are thought to be something else. Their fingers are unusually long and taper into points. Their suits are ill-fitting and they speak like they’ve never really spoken before. In Keel’s book, he details multiple sightings of such men, all of which appear to harass UFO witnesses into silence. They showed up at the doors of Mothman witnesses and questioned them for hours. They seem to exist solely to cover up the existence of aliens. 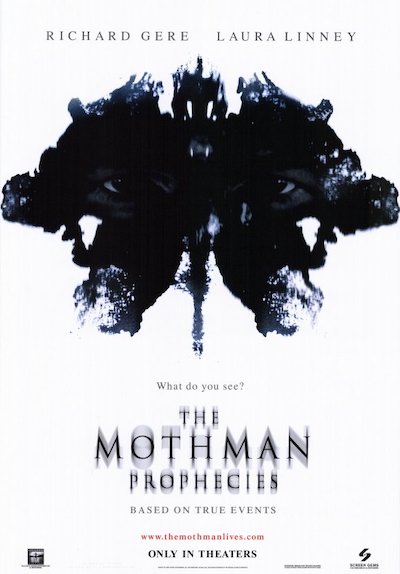 There is no one explanation for these men and where they come from. Some think the men in back themselves are aliens. Others believe they work for a secret government agency linked to UFOs. Regardless, their appearances are often linked to UFO sightings and were seen all over West Virginia alongside Mothman. Are the two linked or stem from the same entity? This factors into the high strangeness of it all. While these two beings were never seen together, they are inextricably linked in the tale of Point Pleasant. They both seemed to warn of the upcoming disaster that would rock the town’s existence.

One infamous man in black is Indrid Cold, who played a role in the true story of Mothman and an even larger role in the MOTHMAN PROPHECIES film. He is reported to, again, appear with UFOs and deliver telepathic information to contactees. While he is just one of hundreds to the real Keel, in the film he is presented as the central figure to the impending tragedy. He delivers words of warning through both cryptic phone calls and strange dreams. Indrid Cold becomes a stand-in for the entire phenomenon described as the men in black. He becomes a representative for high strangeness and an attempt to distill this complicated narrative for the masses on the big screen.

Then comes the faithful day: December 15, 1967, the day when the Silver Bridge collapsed in Point Pleasant. The massive bridge fell apart during rush hour and killed 46 people—a large set piece in the film where Keel tries to save those on bridge (in actuality Keel was in New York City at the time of the collapse). Its collapse is thought to have been predicted by Mothman, and the strange sightings, phone calls, and dreams were all words of warning. But to John Keel (both actual and cinematic), he believes something was delivering him direct warnings, delivered through late night voicemails that comprised of beeps, buzzes, and strange riddles. But was it Mothman? Or something else? Again, this begs more questions than answers as to what Mothman actually is. Is he an alien? Is he a word of warning? Is he just getting caught in the wrong place at the wrong time? There’s no answer I can give you other than if you see Mothman, you may want to leave town for a few days. 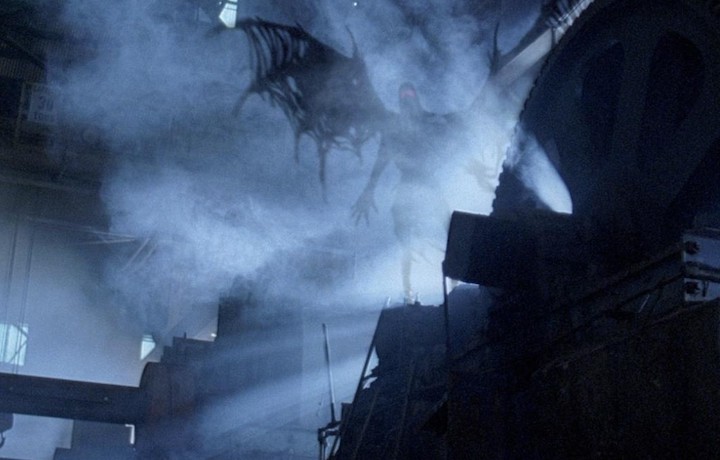 The 2002 film adaptation of The Mothman Prophecies may be full of Hollywood melodrama, but it does get to the core of the cryptid: he is one strange and complex creature. It captures the fear of the unknown and the struggle to grasp the ungraspable. All that is really known is that something strange happened in Point Pleasant in the late ’60s. But was it extraterrestrial? While there is no solid proof of this creature or the strange men that follow, there is something harrowing about the corroborated stories of the residents of Point Pleasant. THE MOTHMAN PROPHECIES may fall into early ’00s cheesiness, but it ultimately delivers an impressive retelling of a complex and downright weird chain of events. If you’ve ever wondered what the deal really is with Mothman, this film is the place to start, followed by a reading of John Keel’s book. So keep an eye on the sky; you never know who you might see flying along the tree line.