Documentary and horror seem like unlikely partners but, particularly in the case of foreign cinema and featuring global atrocities, they intersect more than you’d think. It was true for Guillermo Del Toro’s films, THE DEVIL’S BACKBONE and PAN’S LABYRINTH. And it is equally true if not more so for Jayro Bustamante’s horror film that rocked the Venice Film Festival when it premiered on August 30, 2019—LA LLORONA.

LA LLORONA is rooted deeply into the historical atrocities of Guatemala, namely the genocide of the Mayans at the hands of the Guatemalan military government, and the subsequent overturning of a guilty verdict on genocidal charges for the autocratic leader, Efraín Ríos Montt, in the early 2000s. Differing in the names of the political figures at play—but accurate in all other ways—the catalyst for the haunting of the former dictator Enrique Monteverde (Julio Diaz) and his wife Carmen (Margarita Kenefic), daughter Natalia (Sabrina De La Hoz), and grandchild Sara (Ayla-Elea Hurtado) coincides with a mass, nonstop protest of the Guatemalan people outside of his palatial manor after his acquittal. 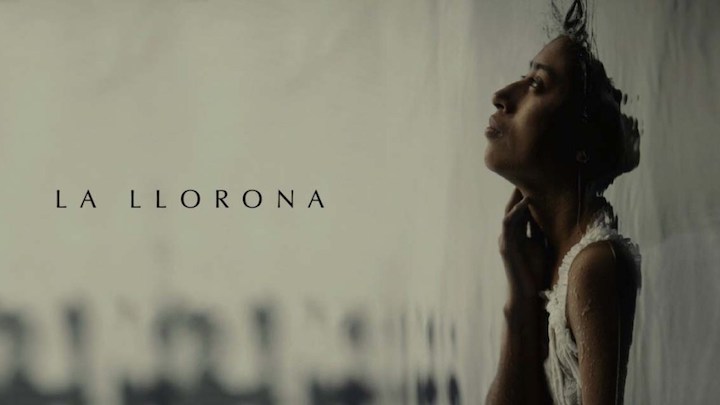 Abandoned by all but two of their staff and security, the ailing patriarch allows for the hiring of a new member of the help, the strangely silent Mayan woman Alma (Maria Mercedez Coroy). As his health fails, the wailing of a woman echoes throughout the lonely house, and with the ghosts of his past sins literally at his doorstep, Alma’s strangeness builds to her ultimate purpose, and his reckoning soon follows; not from without, but from deep within. 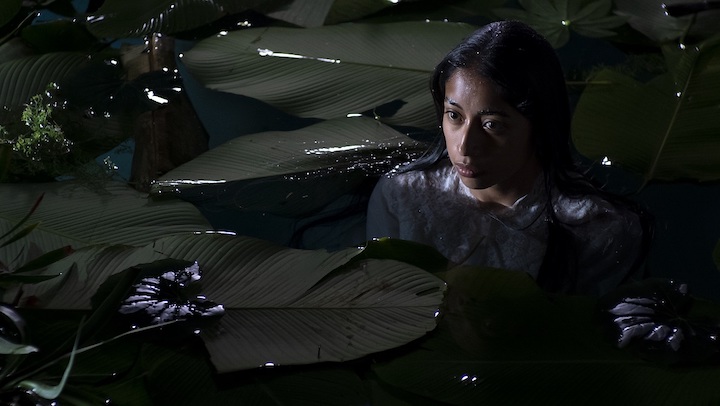 Bustamante does masterful work with the staging and treatment of the unforgivable brutality and still very real national pain that serves as the body and soul of this film. The court hearing, in which Mayan women describe the horrors levied upon them, is quietly grounded and quietly lit. It feels like a sacred space, a place for confession, healing, and justice that will never come the way the community deserves or desires. The eyes of others as windows to their souls is utilized often and well, with the dead, hard stares of Alma, the Guatemalan people, and Enrique’s troubled daughter emitting the haunting judgement from which the folk legend of “La Llorona” will be born into his world.

She, herself, is a subtle spirit, refreshing compared to most modern horror movies where the practice of shoving VFX in your face like a digital haunted house maquette seems to be the rule. Her cries at night, her subtle enchantments, and the nightmares she brings, all feel extremely real and, for lack of a better term, “authentic” to what a haunted family with blood on their hands may feel as opposed to jump scares and scary music boxes. She is vengeance, she is suffering, she is the generations lost and the guilt in the pit of your soul that you can never clean off. The water that surrounds you, drowning you as her children, filling your lungs and stopping your breath so you can no longer lie; no longer deny the truth.

LA LLORONA (aka THE WEEPING WOMAN) is a powerful, important, and almost spiritually cathartic film that has deserved all the praise it has gotten at festivals the world over, and will be a must watch when it launches on the Shudder network later this year.