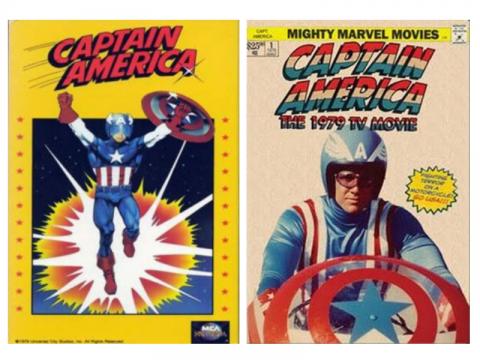 CLICK THE ARTWORK AND BUY THIS GOOD SHIT FROM AMAZON!

The star of SPACE MUTINY and YOR, HUNTER FROM THE FUTURE starred as the titular CAPTAIN AMERICA way back in 1979, long before Joss Whedon got his grubby little mitts all over any Marvel property.

Sure, the budget is relatively small, the aesthetic and music is distinctly late 70s, and Cap only appears for about fifteen minutes, but this is a fun little flick after a few Silver Bullets.

Comparatively speaking, Reb’s stint as CAPTAIN AMERICA is much better than his performance in SPACE MUTINY. Not good, mind you, but better.