George P. Cosmatos dropped a one-two punch of Stallone with RAMBO: FIRST BLOOD PART II and COBRA, made one of the best Peter Weller films that doesn’t feature the actor in a tin suit with a pistol, a little piece of creepy called OF UNKNOWN ORIGIN, and almost had me convinced that Martin Sheen could be an action star with a film called THE CASSANDRA CROSSING… almost.

Originally intended as a vehicle for Peter O’Toole, Richard Harris jumped on board after he dropped out and I think serves the action elements of the film a little better. Rounding out the cast is a bizarre mix of hotness (Sophia Lauren), hippies (Sheen in one of his better roles), and a pre-stabby O.J. Simpson. This film isn’t AIRPORT or EARTHQUAKE but as far as disaster films go it’s pretty damn fun. The film bites off more than it can chew with terrorists, a runaway train, a deadly virus, and Lee Strasberg, but what a ride. Hunt this film down then hit some other flicks from Cosmatos that aren’t called TOMBSTONE, an unfortunately brief (due to a case of death) but solid career. 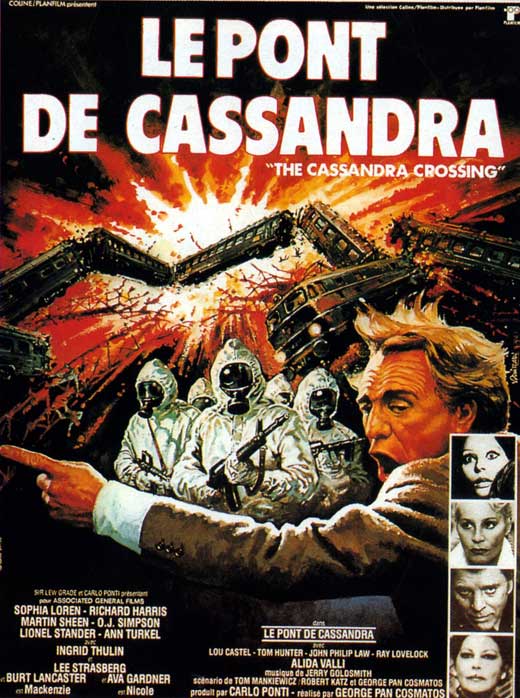