Over the past few weeks we have been talking a lot about the death of 35mm and what that entire medium means to us as fans of cinema and repertory theaters. Well, the ever passionate Christopher Nolan is once again making the case for 35 over digital. After the famous meeting between Nolan and some of his peers (read that story here) where he pleaded with them to help him save 35mm, he is now taking aim directly at digital.

Today, at the Produced By Conference, Nolan not only said that he is officially done with Batman, he also said digital was “devaluing of what we do as filmmakers.” Nolan stated that he “didn’t have any interest in being the research for an electronics company. It’s like filmmakers are being encouraged to buy cameras like we are buying iPods.” 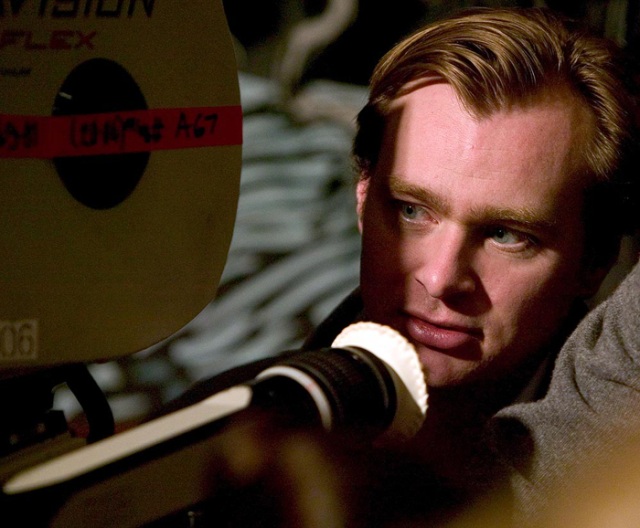 The following is an excerpt from the Deadline article:

Nolan made it very clear that he believes that film is a superior medium for both filmmakers and film lovers. The director specifically chose to illustrate what he feels is the increasingly lackluster experience that filmgoers have in theaters that use digital projectors. “You really are kind of sitting in your living room now watching moves.” Use of digital projection, the director said, “is reducing most theaters to showing TV commercials.”

Nolan was quick to dismiss those who praise the low cost of digital filmmaking as ignoring the hidden costs involved for digital such as the image rendering that’s necessary in post-production. Nolan, who was very specific in describing technical standards and specs, cautioned the crowd that when most people are talking about digital they’re really talking about “video, like television.” With all that, Nolan did not entirely shut the door on shooting in digital himself. “When it is as good as film and makes economic sense, I’d be completely open to it.”

Though this is a shot in the arm of 35mm, the fight is struggling for momentum within the studio system. It doesn’t help when prominent filmmakers like Scorsese declare their love of digital and show strong intentions of not returning to the 35 format. Nolan’s comments make me happy, the projects from Morgan White’s THE REP to Julia Marchese’s OUT OF PRINT are a needed shot in the arm for the fight, and make no mistake; this battle is going to epic.