THE RAGE: CARRIE 2 is a sequel to a film that came out twenty-three years earlier. It rehashes the basic plot of its predecessor. It has the post-SCREAM (1996) glossy sheen of teenage horror. And, most surprising of all… it fucking rocks. Unfortunately, it bombed at the box office — perhaps due to that previously mentioned twenty-three years gap. While there are some glaringly annoying faults that can be leveled at the film — and they will be — it also has to be given praise for taking aim at a misogynistic rape culture that silences the voices of those hurt the most. 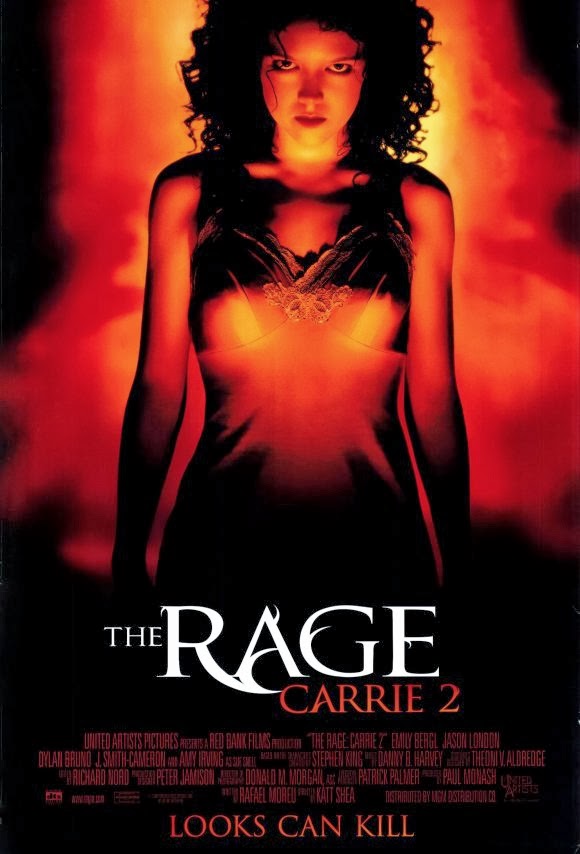 Rachel Lang (Emily Bergl) is a troubled teen. Made fun of at school and disregarded by her foster parents, she rebels against life with her best friend, Lisa Parker (Mena Suvari). The day after Lisa loses her virginity, she promises to introduce Rachel to the lucky guy; he goes unnamed in their conversation because Lisa claims that Rachel wouldn’t believe her unless she saw for herself. When lunchtime comes, however, instead of meeting Rachel, Lisa throws herself from the school roof and dies in the parking lot. Lisa, it turns out, was slept with only for “points” in a cruel game played by a group of footballers. When one of those footballers, Jesse Ryan (Jason London), comes across Rachel in the middle of the road, her dog having been struck by a vehicle, he helps her get the pet to a hospital and waits with her while he is treated. They spark up a relationship that sees Jesse sever ties with the popular kids, including the footballers and their cruel game, for his love of Rachel. Not willing to be made the victims of a social sleight of that order, the popular kids devise a way to get revenge against Jess and Rachel that sets into motion an event the likes of which the town hasn’t seen since 1976. 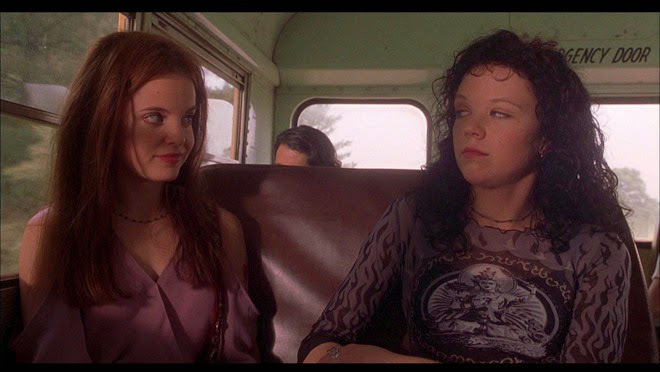 Let’s start with the basics. The film has great direction by Katt Shea. The acting, for the most part, is on point — if a little exaggerated, in a DAWSON’S CREEK (1998-2003) manner. As a horror film, it lacks horror for the majority of the film, but this could be said about the original CARRIE (1976). Both of these films function the same and build towards an explosion of violence in the final act. THE RAGE: CARRIE 2 manages to surpass its predecessor in terms of pure carnage; shattered glass, trampled-on teens, projectile fire pokers — hell, there’s even a castration by harpoon. THE RAGE: CARRIE 2 seems to draw inspiration from an earlier Cinéma Dévoilé film, HELLRAISER III: HELL ON EARTH (1992), while perfecting the beats of violence that were presented in that film’s Boiler Room massacre. 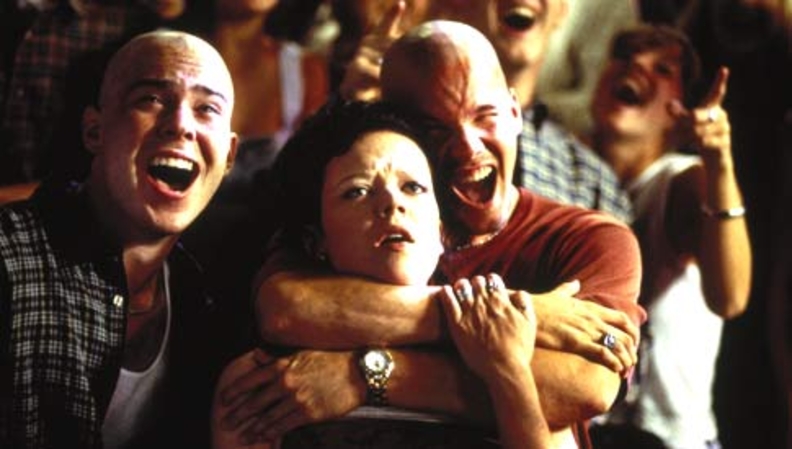 The strongest aspect of THE RAGE: CARRIE 2 is in its exploration of rape culture. Poor Lisa’s suicide sparks an investigation into the cause that lands on a key athlete. His teammates take it upon themselves to threaten Rachel in an attempt to quiet her from speaking against their boy a few days before the most important game of the season. They won’t let their brother go down for rape — a rape that they know he committed but entirely endorse. When the case is discussed between parents, school, mayor and police, it is dropped because the father of the rapist claims that if his son goes down he will bring down with him the other players of the game — all sons of prominent families that the city can’t afford to go against. What starts as a personal story spirals into a commentary on a systemic issue that we’re still facing nearly a decade later — it’s a deep theme that one wouldn’t expect from a ‘90s sequel that seems to cry out “cash grab.” 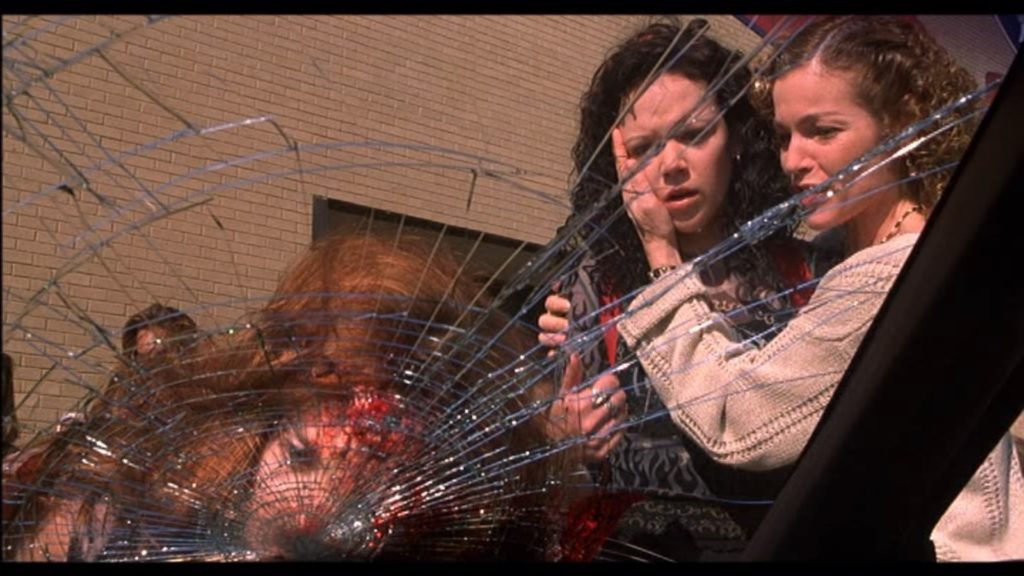 I mentioned earlier that the film has its issues, and we have to address them. The film works on the idea that the events are happening in the same town and to really highlight that fact Amy Irving returns as Sue Snell, the only survivor of Carrie’s rampage in the original. Sue is now a guidance counselor and when she sees signs that Rachel has the same “gift” that Carrie had she takes it upon herself to help Rachel. What could be an interesting approach to the story falls flat when Sue exposition shotguns us that Rachel and Carrie share the same “gift” because they share a father and that all their “gift” actually is is a genetic trait that passes from father to daughter. This connection doesn’t offer anything of value to the film and only serves to explain unasked questions and to drain mystic away from the story. 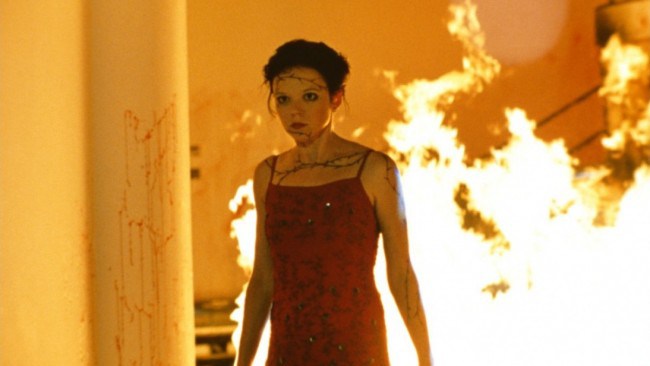 The largest problem of the film, however, deals with Lisa’s suicide. It is a tragic event that sparks into motion the plot of the film and allows us to explore the themes of how rape is handled. But after that, it disappears. Rachel’s best friend in the whole world dies and she knows it’s the fault of the footballers but the first sign that the footballers crew wants to accept her and her relationship to Jesse, she jumps all over it; it never crosses her mind that these people are the ones responsible for her friend’s death — they’re just popular so of course she wants to fit in. She forgets about her friend’s death like you forgot this column once handed out ratings to movies. 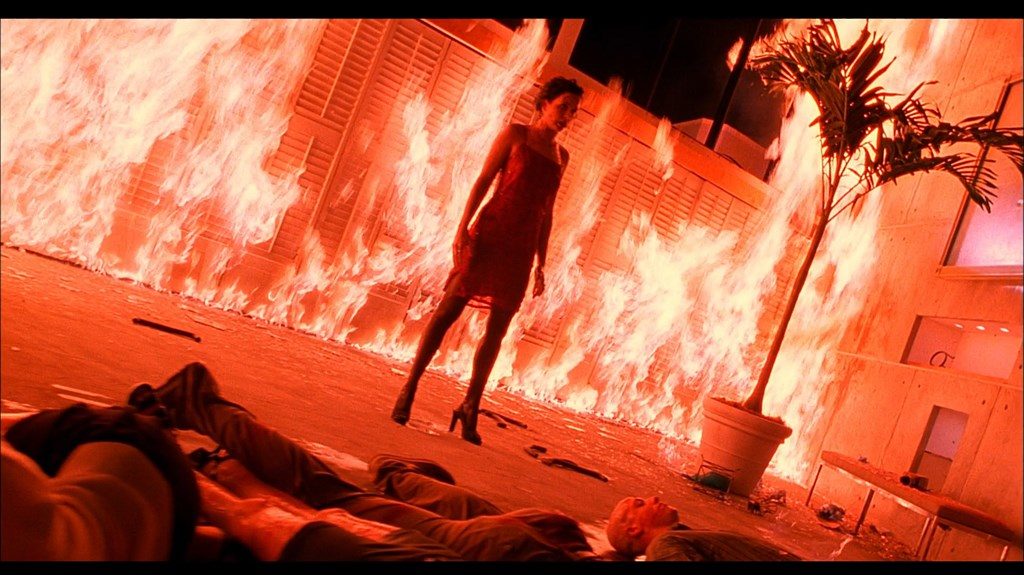 Weaknesses aside, THE RAGE: CARRIE 2 offers a deep theme for those that seek it and a fun explosion of violence for those just looking for some gore. If you liked CARRIE, chances are you’ll enjoy this one too. 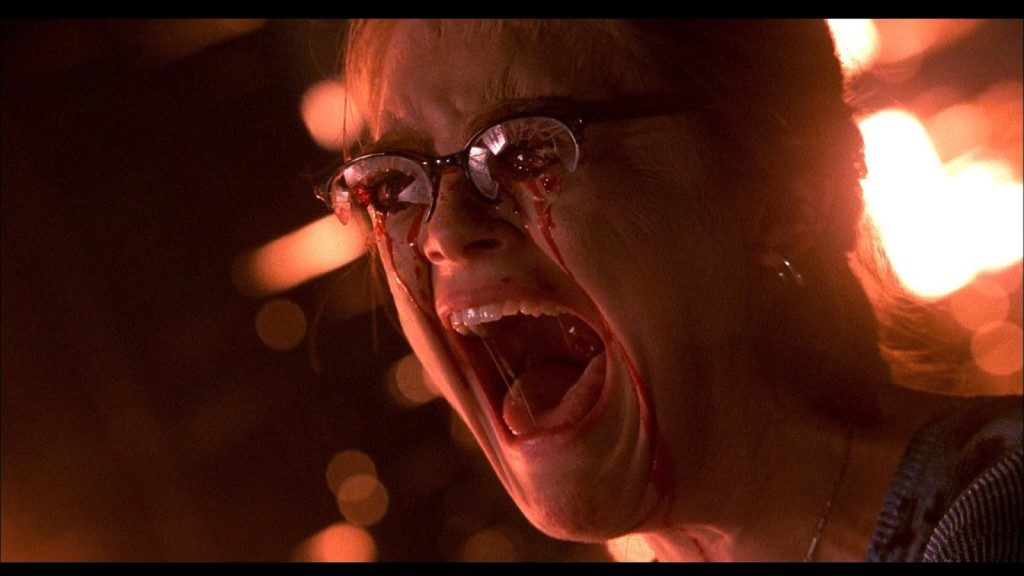