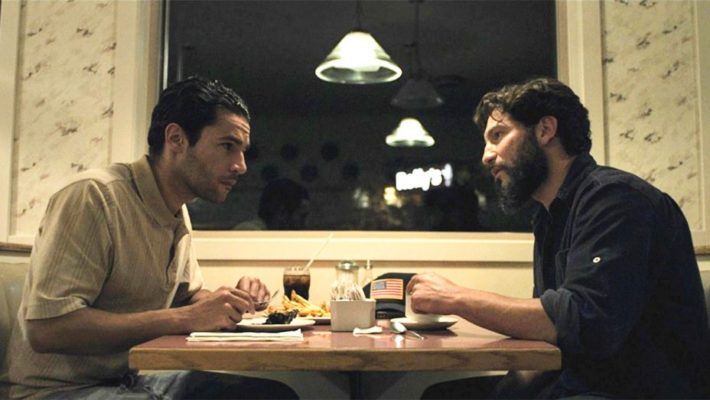 You’ll believe the Punisher can’t fight. There’s a lot more to SWEET VIRGINIA than that, but that’s the most important thing and bears repeating. You’ll believe the Punisher can’t fight. Jamie M. Dagg’s second movie, and the first shown at Cinepocalypse’s inauguration, hinges on you accepting that Brad from THE WOLF OF WALL STREET can’t muster up the gumption to punch a guy’s face in who’s causing a ruckus in one of his motel’s rooms. But you do accept, because the movie works.

SWEET VIRGINIA is about an assassination and a guy, Sam (Jon Bernthal), who slowly gets caught up in the fallout. Sam is an ex-bullrider who was literally thrown into retirement by his paycheck. Taking over running his late brother’s motel, Sweet Virginia, he settled into a decent life that’ll slowly be taken away from him by his early-onset Parkinson’s. In the meantime, he plays surrogate father to Odessa Young’s Maggie, and surrogate lover to Rosemarie DeWitt’s Bernadette. Then Christopher Abbott’s sociopathic and socially inept Elwood drifts in and stains everything.

Hired by Imogen Poots’ Lila (watch her, Juno Temple, and Eva Green in CRACKS, damnit), Elwood does his assassin thing by wiping out a bar. Why? Because her husband was there and she got tired of him cheating on her. He also had a few bucks tucked away in life insurance. Or so she thought. One of the things that makes SWEET VIRGINIA interesting is that while Elwood is waiting for his money, he starts to befriend Sam since he’s staying at the motel. It being a small town, Elwood finds that people he knows are connected in interesting ways. 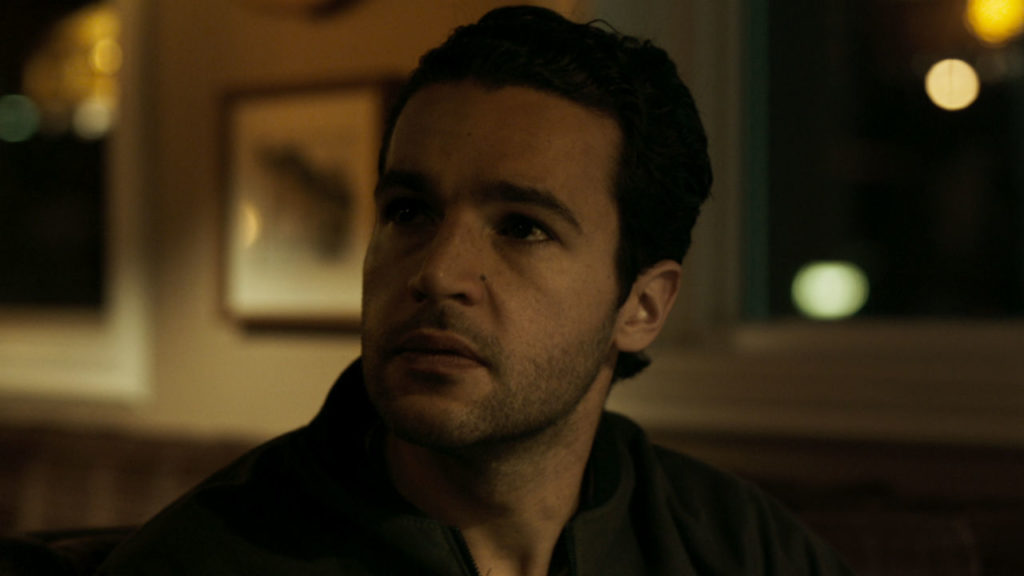 But back to Shane not being able to defend himself even though he fought the walking dead. The role of Sam was written for a much older man, but Bernthal became interested in it. He was also just about to start The Punisher, so he was really ripped. He and Dagg decided that the only way Christopher Abbott (who does a brilliant job as Elwood) could be a problem for Sam is if Sam had some sort of problem. They settled on Parkinson’s… but they didn’t really need it. Twice in the movie, Sam has to try to stop a man from presumably beating a woman in his room. Emphasis on “try”. Looking at the two, Sam could easily take him, but Bernthal plays him as a guy who, despite his muscles, doesn’t want to fight. Actually, it’s more like he can’t fight. These encounters don’t go well for Sam, and that’s great. It makes Sam eventually finding bravery worthwhile, though it won’t be a very heroic moment, in hindsight. And the movie doesn’t end with letting Sam feel like he did something good. 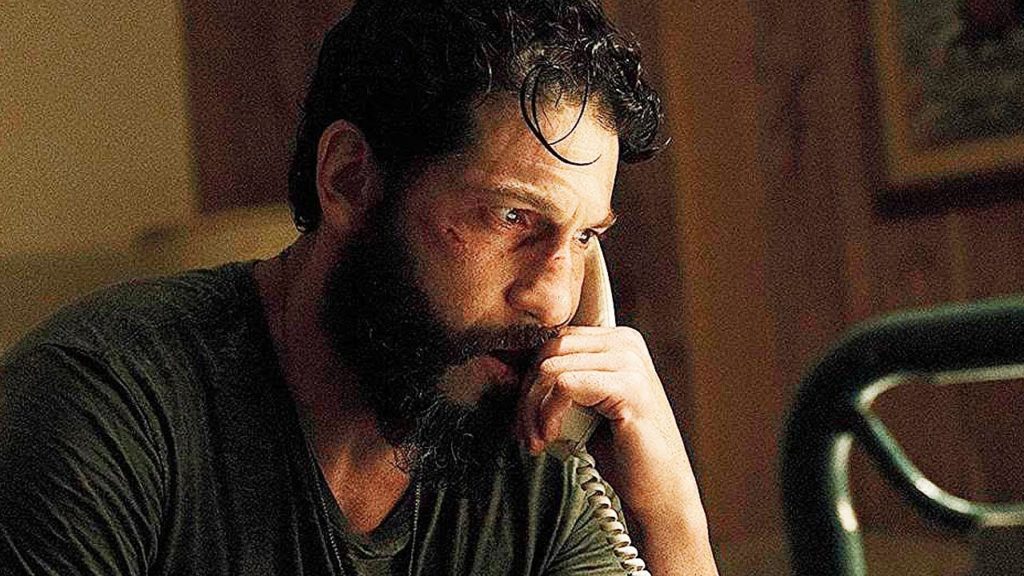