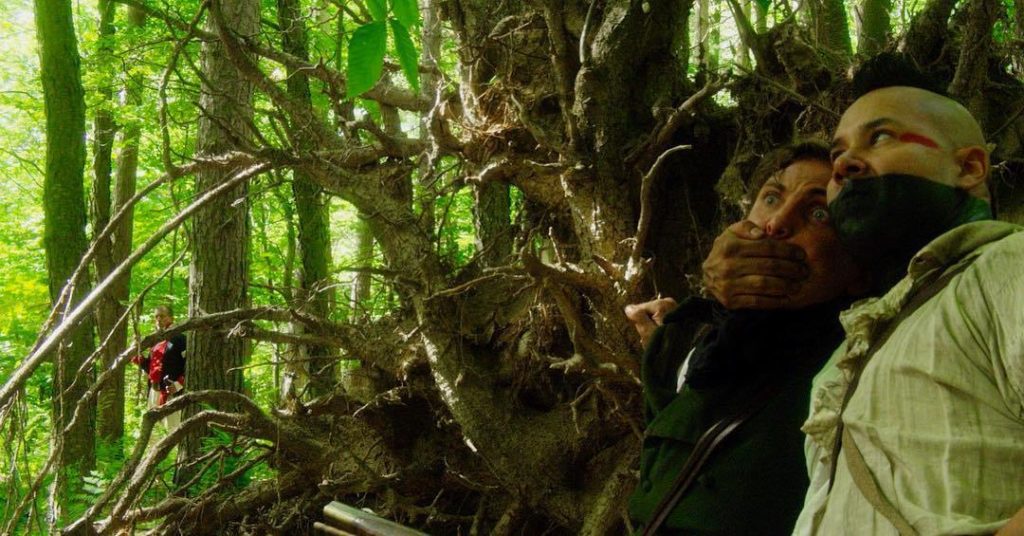 Among the highlights are MOHAWK, writer/director Ted Geoghegan’s follow up to WE ARE STILL HERE; violent organ-harvesting thriller LOWLIFE; BEFORE WE VANISH, the latest film from Kiyoshi Kurosawa; HOUSEWIFE, from BASKIN director Can Evrenol; and a 40th anniversary screening of the recently discovered uncut Italian 35mm print of SUSPIRIA. 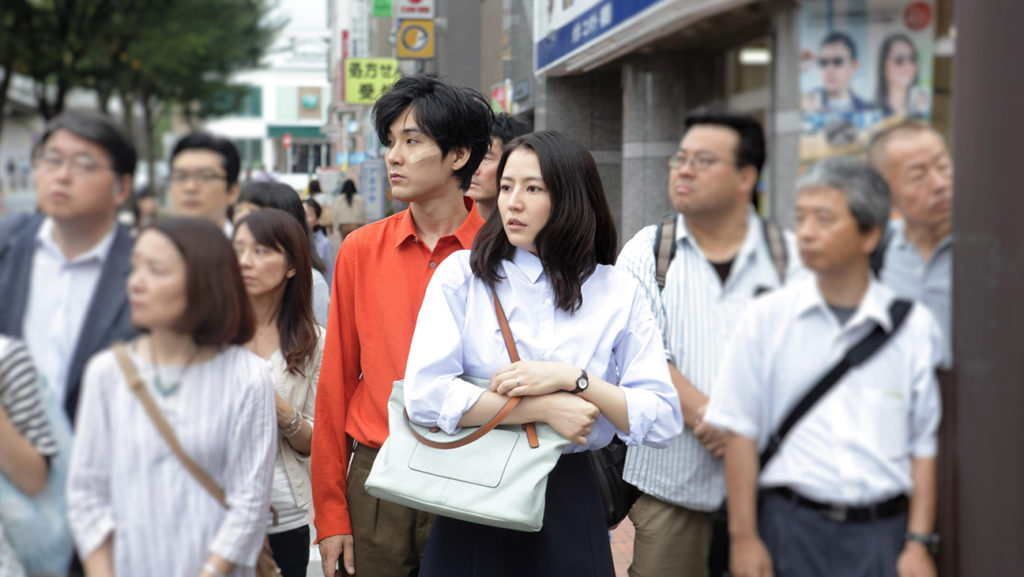 The complete list of films, special guests, and programs is below. You can find all the details and buy a festival pass at the Music Box web site.

The Music Box Theatre is proud to announce their first wave of programming and guests for the debut year of CINEPOCALYPSE (an evolution to the program design of Bruce Campbell’s Horror Film Festival), which will take place November 2 – 9 at Chicago’s Music Box Theatre. The Midwest’s largest gathering of genre films and fans, the festival’s organizers are proud to have acclaimed screenwriter Simon Barrett (You’re Next, The Guest) guest host the entirety of the festival.

Writer/director Joe Carnahan (The Grey, Smokin’ Aces, The A-Team) will guest curate “Blood, Guts, Bullets, and Octane” – a special program of 35mm repertory films screening during the fest – while Oscar-nominated thespian Eric Roberts will take part in a very special live recording of Doug Tilley and Liam O’Donnell’s acclaimed film podcast “Eric Roberts Is The Fucking Man” – uniting the actor and the program that bears his name for the very first time!

Cinepocalypse’s first round of phenomenal feature films have also been unleashed upon the world. Featuring a wide variety of World, U.S., and Regional Premieres, they represent the latest and greatest in genre cinema from around the globe. First Wave titles include:

Finland, 2017 | Director: Jesse Haaja | World Premiere
Finland’s first superhero film, Rendel is dystopian action/fantasy unlike anything ever witnessed Stateside. When a massive criminal organization takes over his town, a masked vigilante strikes back through a series of brutal attacks that leave blood spilled and cash ablaze. A dark adventure that harkens to the finest in 80s era comics, Rendel is the anti-Marvel crusader: an all-too-human superhero from the streets, driven solely by rage and revenge!

MOHAWK
USA, 2017 | Director: Ted Geoghegan | U.S. Premiere
Over one very long day late in The War of 1812, a young Mohawk woman and her two lovers strike back at a squadron of American soldiers responsible for the death of her people. From the writer/director of We Are Still Here.

POOR AGNES
Canada, 2017 | Director: Navin Ramaswaran | U.S. Premiere
A female serial killer and her next victim form an unexpected relationship in this intense thriller that won raves out of Montreal’s Fantasia Film Festival.

ANIMALS (TIERE)
Germany, 2017 | Director: Greg Zglinski | Midwest Premiere
A vehicle colliding with a sheep on a country road starts into motion a series of strange and unsettling events for a couple in this darkly comical, Lynchian nightmare.

BEFORE WE VANISH
Japan, 2017 | Director: Kiyoshi Kurosawa | Midwest Premiere
In this Cannes smash, three aliens travel to Earth in preparation for a mass invasion, taking possession of human bodies and learning what it’s like to live and love in modern day Tokyo. From the writer/director of Pulse.

DEAD SHACK
Canada, 2017 | Director: Peter Ricq | Midwest Premiere
While staying at a rundown cabin in the woods, three children must save their parents from a neighbor who intends to feed them to her undead family.

HAGAZUSSA – A HEATHEN’S CURSE
Germany, 2017 | Director: Lukas Feigelfeld | Midwest Premiere
Set in the Austrian Alps during the Middle Ages, this morbid and visually-stunning tale deals with the fine line between ancient belief in magic and delusional psychosis.

HOUSEWIFE
Turkey, 2017 | Director: Can Evrenol | Midwest Premiere
On a snowy eve, a young girl’s mother kills her father and sister. 20 years later, as she’s slowly losing her grip on reality, the girl runs into a celebrity psychic who claims he is destined to help her. And then things get ultra weird. From the writer/director of Baskin.

JAILBREAK
Cambodia, 2017 | Director: Jimmy Henderson | Midwest Premiere
As all of Kol Kla Prison riots, a no-nonsense special task force is in to protect a key witness – and kick a whole lot of ass. Featuring a phenomenal, hard-hitting international cast, and a star-making turn from adult film star Celine Tran.

SWEET VIRGINIA
USA, 2017 | Director: Jamie M. Dagg | Midwest Premiere
A former rodeo champ with a dark past unknowingly starts a rapport with a young man who has a propensity for disturbing sociopathic violence that has suddenly gripped a small town.

TRENCH 11
Canada, 2017 | Director: Leo Scherman | Midwest Premiere
In the final days of World War I, a shell-shocked soldier must lead a mission deep beneath the trenches to stop a German plot that could turn the tide of the war. But what lies beneath is far more dark and sinister than he ever could have imagined.

VERONICA
Spain, 2017 | Director: Paco Plaza | Midwest Premiere
After making a Ouija with friends, a teenager is besieged by dangerous supernatural forces that threaten to destroy her entire family. From the writer/director of the [•REC] franchise.

TRAGEDY GIRLS
USA, 2017 | Director: Tyler MacIntyre | Illinois Premiere
This clever twist on the slasher genre follows two death-obsessed teenage girls who use their online profiles dedicated to real-life tragedies to send their small Midwest town into a frenzy – and cement their legacy as modern horror legends.