Home  ⁄  The Wire  ⁄  THE SHORT FILM OF THE WEEK IS ‘CRITTERS: BOUNTY HUNTER’

We are constantly looking for new and different films when it comes to bringing you the best in genre entertainment. Short films are often where you find the most exciting new filmmakers taking chances, yet most audiences don’t seek them out. With that in mind, we will be showcasing a short film each week in an effort to give a signal boost to shorts we enjoy. This week’s short is CRITTERS: BOUNTY HUNTER.

In honor of our unofficial CRITTERS week here at DAILY GRINDHOUSE, it seemed like a good time to share the 2014 fan film CRITTERS: BOUNTY HUNTER. 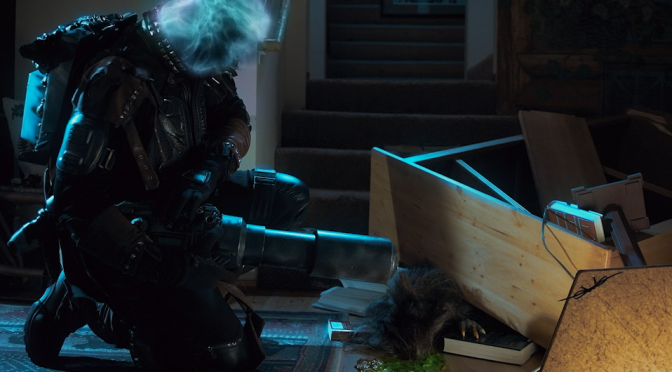 While it could be seen as simply an attempt by writer/director Jordan Downey to nominate himself as the filmmaker to reboot the franchise, it is an impressively put together piece of work. Even CRITTERS producer Barry Opper name-checked it with admiration on his commentary for CRITTERS 3 from the new Blu-ray box set.

While a little more sinister in tone than the original films, BOUNTY HUNTER does capture the look and the morbid humor. The bounty hunter design is a nice updating of the original look of Ug and Lee from the official films. Throw in a very good imitation of the original Crite puppets created by the Chiodo brothers and you have a fun little tribute to the cult favorite franchise.