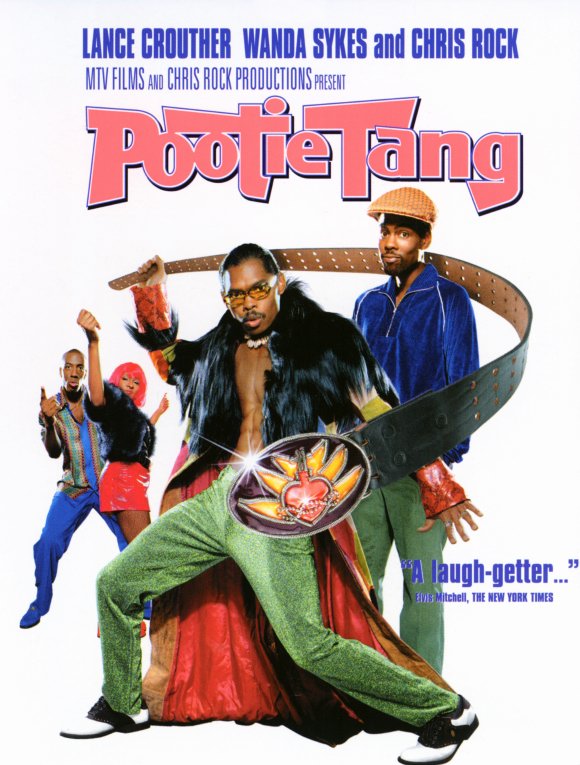 POOTIE TANG landed in theaters in a more relatively innocent era, in June of 2001. At the time, it landed with a sickly splat, although since then it’s grown a sizable cult around it.  In fact, considering the talent involved, it’s strange that the cult of POOTIE TANG isn’t even larger than it already is. 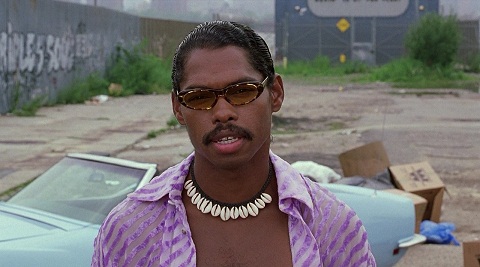 Pootie Tang is based on a recurring character from The Chris Rock Show, theexcellent late-1990s variety show on HBO, hosted and created by Chris Rock and written by several now-acknowledged comedy greats, including one Louis CK.  Show writer Lance Crouther played the character of Pootie Tang, a friendly fur-favoring cocksman who speaks in unintelligible ‘seventies-style jive.  Everybody can understand Pootie’s speech perfectly, except the audience.  For this reason, among others, the character was a weird choice to center a feature film around. 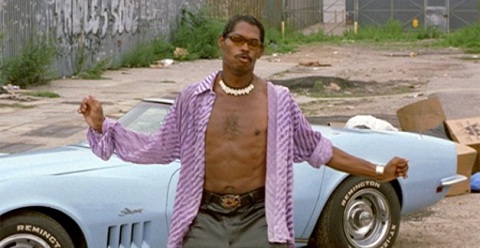 Nowadays Louis CK is rightfully regarded as one of the most brilliant and prolific stand-up comedians of the moment, thanks largely to his pioneering FX series Louie, which is one of the most honest and artistically pure creative endeavors happening anywhere in pop culture.  Back then, Louis was a highly-regarded but much less famous comedy writer, who had some terrific short films to his credit. So it’s not terribly hard to understand why Paramount let Louis write and direct the POOTIE TANG movie.  But, and I say this as a tremendous admirer of Louis CK, it’s also easy to understand why the studio was reportedly confused by what resulted.

POOTIE TANG really is one of the most absurd and esoteric comedies of the past decade or so.  It’s a volley of consistently unrestrained weirdness.  The story follows its unintelligible hero from birth to adulthood.  His father was mauled to death in an industrial accident (a gorilla killed him at work), which made Pootie an orphan, although a particularly pimp-tastic one, with a language all his own.  Pootie’s one true love is Biggie Shortie (Wanda Sykes, then a Chris Rock Show writer and performer), his bottom bitch, who stays by his side whether he always wants her to or not.  His other best pal is Trucky (JB Smoove), who narrates the movie, which isn’t exactly ideal, since as great as JB Smoove has been on shows like Curb Your Enthusiasm, he’s not quite Morgan Freeman on the ADR mike.  So either the creaky diction holding the movie together will bother you, or it will be one more element adding to the movie’s bizarro charm for you.

The plot is relatively rote as far as modern comedies go — Pootie runs afoul of an evil capitalist played by Robert Vaughn (who did the same thing in BASEketball) and tempted away from Biggie Shortie by the villain’s seductive henchwoman, played by Jennifer Coolidge (who played a similar role a year earlier in AMERICAN PIE), and loses everything before getting back to himself and saving the day.

But it plays like an Adam Sandler movie as directed by David Lynch.  It’s oddly paced and seriously eccentric, in a way not seen before and only recently since, as Adult Swim and Wonder Showzen and more random comedy has gained in popularity.  (The pacing issues may be due to the fact that Louis CK was, foolishly, locked out of the editing process.)  Once you see the scene where Pootie encounters the ghost of his father in a field of corn, you’ll see what I mean.  The father is played by producer Chris Rock, in one of a few roles he plays in the movie, and he’s literally dressed up as a cornstalk.  There’s your FIELD OF DREAMS moment.  Chris Rock dressed like corn is a whole lot funnier (and more bizarre) than most teary-eyed father-son moments you tend to get in movies. Okay, fine. There’s also FREQUENCY. 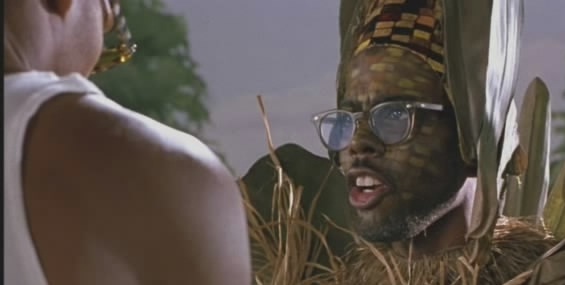 Chris Rock Of The Corn.

Look, it’s a weird movie.  I’m not arguing for POOTIE TANG as some underrated comic masterpiece, but due to the talent involved — Louis CK, Chris Rock, cameos from Conan O’Brien and Andy Richter and comedians such as Dave Attell, Todd Barry, David Cross, and Rick Shapiro, and villain roles from Reg E. Cathey and JD Williams of Oz and The Wire, and so on, etc. — I have more affection for it than I don’t.  I mean, it’s definitely my favorite flavor of Tang. 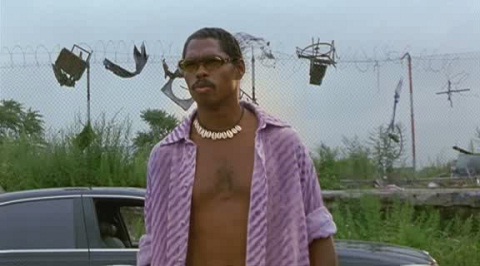 For those with the money and the desire and the geographic privilege, POOTIE TANG can be seen on the big screen tomorrow night in 35mm (!) at the Drafthouse in Yonkers, where plenty of munchies are always available. I really don’t know why I felt compelled to mention munchies to the target audience of POOTIE TANG. There’s no reason why a POOTIE TANG enthusiast would be that hungry. POOTIE TANG fans are notoriously well-prepared and would never leave the house on a full stomach. Sorry I ever mentioned it. 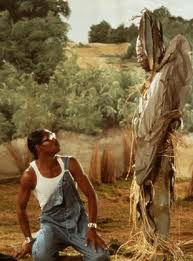