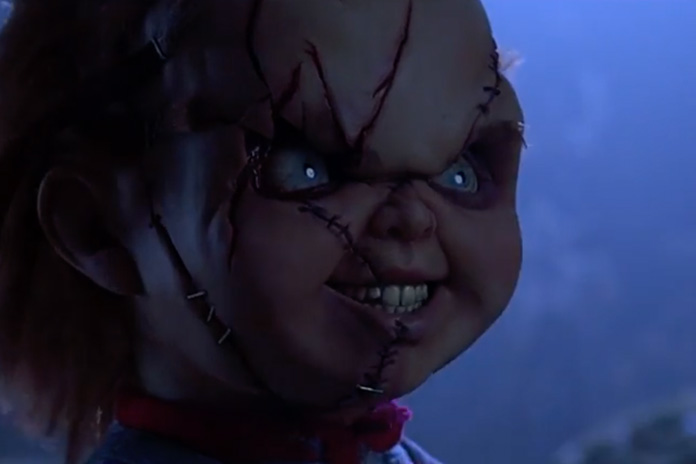 Despite having mixed opinions overall on the franchise, I find my heart warmed a little by today’s announcement of production beginning on CULT OF CHUCKY. It will be the seventh film in the series.

The plot description from today’s press release sounds very promising (SPOILERS if you have not seen CURSE OF CHUCKY):

Confined to an asylum for the criminally insane for the past four years, Nica Pierce (Fiona Dourif) is erroneously convinced that she, not Chucky, murdered her entire family. But when her psychiatrist introduces a new therapeutic “tool” to facilitate his patients’ group sessions — an all-too-familiar “Good Guy” doll with an innocently smiling face — a string of grisly deaths begins to plague the asylum, and Nica starts to wonder if maybe she isn’t crazy after all. Andy Barclay (Alex Vincent), Chucky’s now-grown-up nemesis from the original CHILD’S PLAY, races to Nica’s aid. But to save her he’ll have to get past Tiffany (Oscar®-nominee Jennifer Tilly), Chucky’s long-ago bride, who will do anything, no matter how deadly or depraved, to help her beloved devil doll.

CURSE was a decent throwback to the slightly less campy version of Tom Holland’s original CHILD’S PLAY. Fiona Dourif was the highlight of that film, so I’m glad to see her brought back to continue Nica’s story. The other big news is the return of the character of Andy Barclay, the poor kid that serial killer Charles Lee Ray unsuccessfully tried to have his soul transferred into in the first three CHILD’S PLAY movies. Alex Vincent was back as Andy in a post-credits sequence in CURSE that only appeared on the DVD/Blu-ray release of the film but was inexplicably cut from streaming versions. With that exclusion in mind, for many viewers, CULT will be Vincent’s first appearance in the franchise since the second film (Justin Whalin played the teenage version of Andy in CHILD’S PLAY 3). 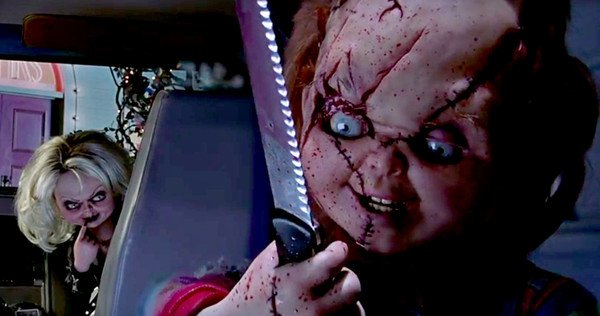 It cracks me up that a series of slasher films featuring a possessed killer doll should have such a dense continuing storyline. Picking up Andy from the first three movies combined with the Chucky/Tiffany arc that began with BRIDE OF CHUCKY means that some viewers may need a road map to determine where everyone stands in the timeline of events. But that has become part of the charm of these films. As long as Brad Dourif’s voice holds up for that cackle and Jennifer Tilly has fun vamping, there seems no end in sight for this franchise.

Don Mancini, the screenwriter behind the entire run of the franchise, will direct CULT from his screenplay (he also directed SEED OF CHUCKY and CURSE). A DVD/Blu-ray and VOD release is planned for Halloween.