When I was a wee Mayo, there were two things that absolutely terrified me: puking and CHILD’S PLAY. Let me explain. One time I ate veggie pizza at school and that night I threw up so violently hard, a mushroom came out of my nose. It was disgusting and I was never the same again. The Chucky thing was slightly worse. I don’t even remember watching the movie. Perhaps I blocked it out like a painful memory, but I was SCARED SHITLESS. The fear was so intense that I had to sleep with my feet up on the wall (so he couldn’t cut them off, obviously) and with the blanket covering my ears (so he couldn’t stab me in the earholes). I had this really beautiful Little Mermaid doll that I used to LOVE playing with while taking a bath. One night I found her red hair in the tub, forgot all about Ariel, and had an anxiety attack because I was sure it was Chucky coming to get me. So. Much. FEAR.

CHILD’S PLAY wasn’t a movie. It was real life. And I knew that murderous ginger Good Guy wasn’t going to go back for Andy. He was going to track me down, stab me in the face with a screwdriver, and strangle me to death with my My Little Pony bed sheets.

Fast forward to the present and, surprisingly, the childhood trauma is forgotten and I am totally into the Chuck! That evil grin, those adorable overalls, and that blood-soaked knife!  Such warm fuzzy feelings! The whole series is pretty solid but which one is the best? Pffft the first one! Duh. Gnarled hands down the best! But which one is SECOND best? It’s such an agonizing choice because they’re all so good (except for 2 and 3. Ugh, I hate 3).

Well the booty shorts are on and spicy bean dip is being consumed. The combination is making me feel kind of romantic and lovey dovey so tonight’s vhs pick is… BRIDE OF CHUCKY! Hooray! 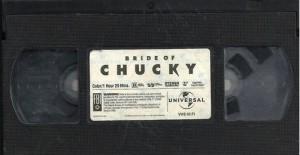 What I remember about this movie: Chucky is sewn back together (he was a mess after that bad shit that happened to him in 3. I think he fell into a fan or something) and is brought back to life via satanic ritual by his old girlfriend, Tiffany. After a little lover’s quarrel, he electrocutes her and says “Ade due damballa. Give me the power I beg of you” and POOF her soul is put into a doll too. Awesome! Now he has a partner in crime and away they go! So there’s this runaway teen couple that’s played by that chick from MY FATHER, THE HERO with Gerard Depardieu and also some really 90s looking guy. They get conned into taking Chucky and Tiffany to New Jersey thinking they’re just doing a drop off and not knowing they’re really on a field trip to Charles Lee Ray’s grave to snatch an amulet off his nasty corpse. Of course blood, fun, and laughter ensue. People die and Chucky fist pumps to White Zombie. Other funny and gory things happen but that’s all you really need to know.

I love this flick for many reasons. The killer soundtrack, the doll sex scene where Chucky refers to his dick as Pinocchio, and everything that comes out of John Ritter’s mouth. But the MAIN reason why I love this movie? For the same reason I love BOUND. 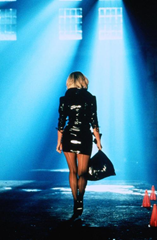 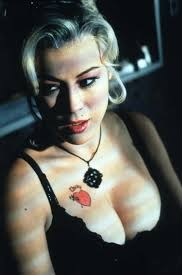 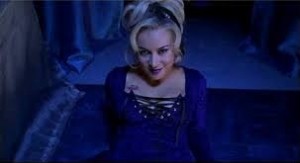 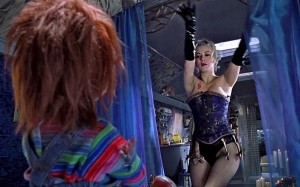 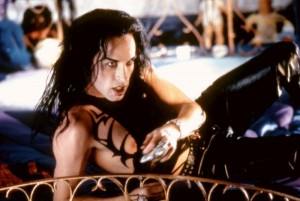 Why Bride of Chucky wins the battle:

Because regardless if you like Scary Murderous Asshole Chucky or Funny Murderous Butthole Chucky, this movie is the tits! It’s definitely not as terrifying as CHILD’S PLAY and it’s not as wonderfully campy as SEED OF CHUCKY (“I DON’T KNOW MUCH ABOUT MYSELF. I KNOW I’M AN ORPHAN. I KNOW I’M A FREAK. AND, OF COURSE, I KNOW THAT I’M JAPANESE…”). It’s the Goldilocks Chucky movie! It’s just right! 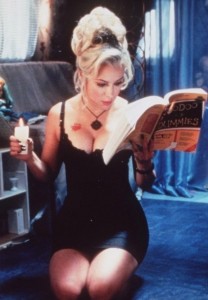