Ruggero Deodato finds salvation in the flesh. He uses stories of the macabre to make a greater point about humanity and the atrocities we allow to happen. His films are social commentary delivered through a visceral perspective and drenched in blood. CUT AND RUN is the third and final film in the Cannibal Trilogy, the other two films that make up the series are LAST CANNIBAL WORLD and the infamous CANNIBAL HOLOCAUST. Six years passed between HOLOCAUST and CUT AND RUN, and in the that time he improved as a filmmaker and story teller.

The film stars Lisa Blount (PRINCE OF DARKNESS), Leonard Mann (FORGOTTEN PISTOLERO), and (unfortunately) Willie Aames. To make up for the co-star of ZAPPED, there are supporting parts featuring Richard Lynch, Karen Black, and Michael Berryman who goes full throttle nuts in this bad boy. Though this film delivers blood by the gallons and has moments of the kind of gore that made Deodato a filmmaking outlaw in his own country, the story itself is more in line with an adventure film than something from the horror genre. There are action set pieces and the kind of jump scares that you would find in an old-school serial, all terrifically shot by Alberto Spagnoli (who also worked with Karen Black on KILLER FISH) and bumping along the blood stained road with a soundtrack by Claudio Simonetti from Goblin.

This may not be the most notorious film Deodato ever made, but along with LIVE LIKE A COP, DIE LIKE A MAN, it’s one of his best. 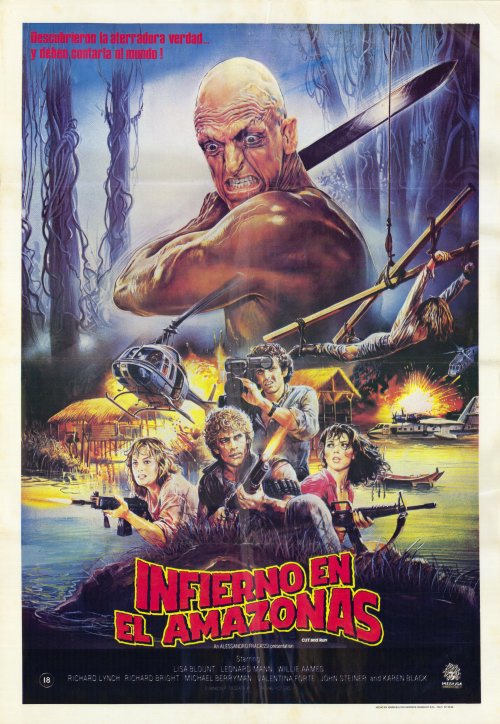