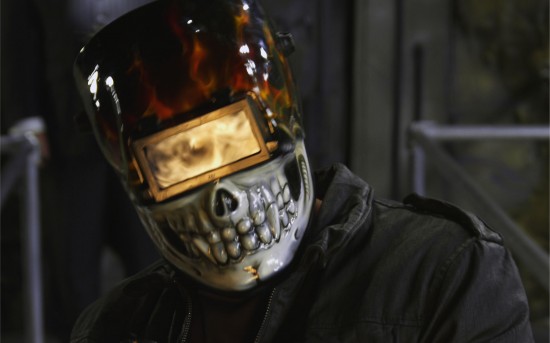 I had nearly written the director of PHANTASM and THE BEASTMASTER off after a series of weak PHANTASM sequels throughout the 90s, figuring he would spend the rest of his career making middling (or worse) Tobe Hooper-esque horror films. However, the massive critical response to his Joe Landsdale adaptation BUBBA HO-TEP (starring Bruce Campbell and Ossie Davis) showed a director looking to prove himself all over again, and proved that he still had a firm grasp on bizarre visuals and idiosyncratic humor. 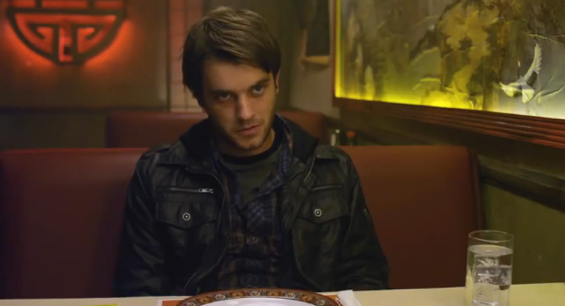 However, after a decade of near silence (with only a weak MASTERS OF HORROR episode under his belt), and a number of failed attempts at mounting a BUBBA HO-TEP sequel, I was starting to think the 2002 revival was only an anomaly. An isolated bit of inspiration, but not a sign of a full return.

I was a bit skeptical, then, to hear that Coscarelli was tackling an adaptation of the so-hip-it-hurts webserial JOHN DIES AT THE END by Cracked.com editor Jason Pargin (written under the pseudonym David Wong). The last thing I wanted was for Coscarelli to make some hipster post-modern take on horror, and the subject matter – a mind-altering drug called “soy sauce” gives the user the ability to drift through time and provides access to other dimensions – sounded like an invitation for all sorts of potentially irritating nonsense. 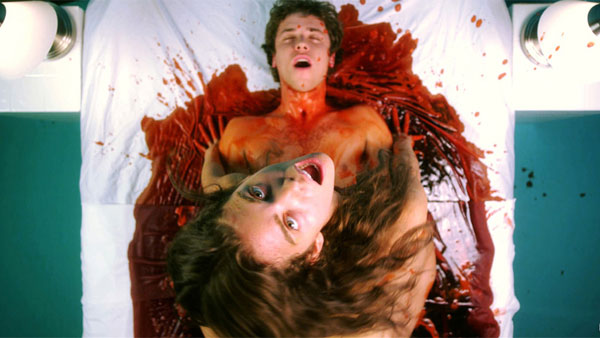 Thankfully my fears were entirely unfounded. First, the source novel is inventive and funny in a way that is right in Coscarelli’s wheelhouse, with some truly twisted imagery matched with off-kilter (but not cloyingly “modern”) dialogue. Second, Coscarelli handles the material with confidence; boldly moving from nightmare creatures and bizarre imagery to energetic bursts of action. The often insane visuals – which involve any number of Lovecraftian terrors – are handled perfectly, and the acting is solid from top to bottom. After viewing, I immediately wanted to watch it again to truly appreciate the little touches and puzzle-box plot all over again.

While the cast – which includes cult figures like Doug Jones, Daniel Roebuck and Clancy Brown (as well as a brief appearance from PHANTASM’s Angus Scrimm) – might seem a bit too obviously designed for cult acceptance, they all give spot-on, memorable performances. Even better is Chase Williamson, who takes the lead with surprising confidence, and spits out the dialogue in a properly detached manner. What could easily have devolved into depressed 20-something posturing is instead both thoughtful and fun, and his rapport with Rob Mayes (who plays the titular John) is always enjoyable. I’d gladly watch a weekly JOHN DIES AT THE END TV show starring these two. And Paul Giamatti (who also executive produced) is his usual awesome self, though doesn’t get to have quite as much fun as the rest.

Perhaps destined to become another cult item for Coscarelli, I could actually see JOHN DIES AT THE END appealing to a much wider audience if given the opportunity. Its mix of supernatural (and unnatural) scares and wild dialogue could hold some definite appeal to the general public (and Whedonites would eat this stuff up), but it’s more likely to be discovered by home viewers, who can revisit its substantial charms again and again. Whichever way you see it, it’s just nice to see Don Coscarelli showing young genre directors how it’s done. Now, let’s just hope it won’t be another decade until we see his next feature.