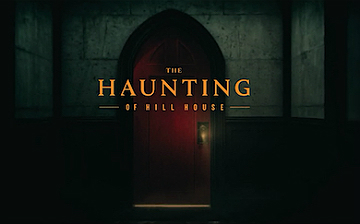 In conjunction with Paramount Pictures, Daily Grindhouse is giving away a Blu-ray of THE HAUNTING OF HILL HOUSE (2018) to one (1) lucky winner. The Netflix horror miniseries that’s been hailed as “close to a work of genius” by none other than Stephen King hits Blu-ray and DVD on October 15 in a brand new Extended Director’s Cut. Details on how to enter are below. First, from the press release:

Certified Fresh with a 92% rating on Rotten Tomatoes and nominated for six Saturn Awards, including Best Streaming Horror & Thriller Series, “THE HAUNTING OF HILL HOUSE” has been renewed by Netflix as an anthology series, telling a new story each season.

“THE HAUNTING OF HILL HOUSE” 3-Disc Blu-ray (and 4-Disc DVD) set features all 10 episodes from the acclaimed first season, including, for the first time, three Extended Director’s Cut episodes with never-before-seen content. The Blu-ray and DVD also include exclusive commentary by creator and director Mike Flanagan on four episodes.

“THE HAUNTING OF HILL HOUSE” is the critically acclaimed, modern reimagining of Shirley Jackson’s legendary novel about five siblings who grew up in the most famous haunted house in America. Now adults, they’re reunited by the suicide of their youngest sister, which forces them to finally confront the ghosts of their pasts… some of which lurk in their minds… and some of which may really be lurking in the shadows of the iconic Hill House. 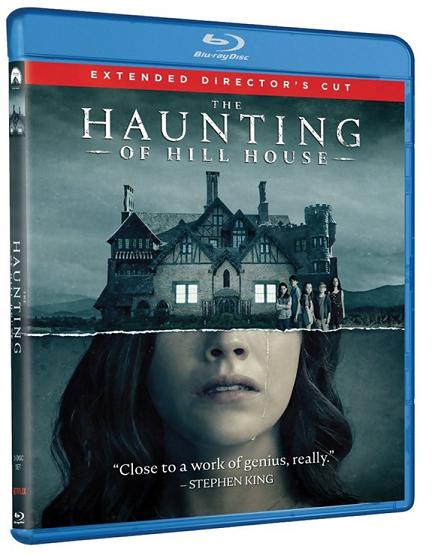 — Tweet the following:  I’m moving into this #HauntingOfHillHouseGiveaway from @DailyGrindhouse!

Rules: No purchase necessary. Contest ends 11:59 p.m. on October 21st, 2019, and is open only to residents of the United States. One winner will be chosen at random and contacted via their social media accounts. Winner forfeits his or her prize if no response is received within 48 hours of initial contact. Blu-ray will be mailed to the winner directly from the distributor. Daily Grindhouse are not responsible for Blu-ray lost or damaged in transit.