I was 16 when REPO! THE GENETIC OPERA came out in hilariously limited release. Seven screens total across several cities—and Chicago happened to be one of them. It was the heyday of nü-metal, Fangoria still aired its horror equivalent of the Oscars, and franchises like HOSTEL and SAW were hitting levels of gore and off-the-wall practical effects rarely seen. Coming from the director of SAW II, SAW III, and SAW IV, Darren Lynn Bousman, REPO! was the cultural baby of all these influences harmonizing into one bizarre film. 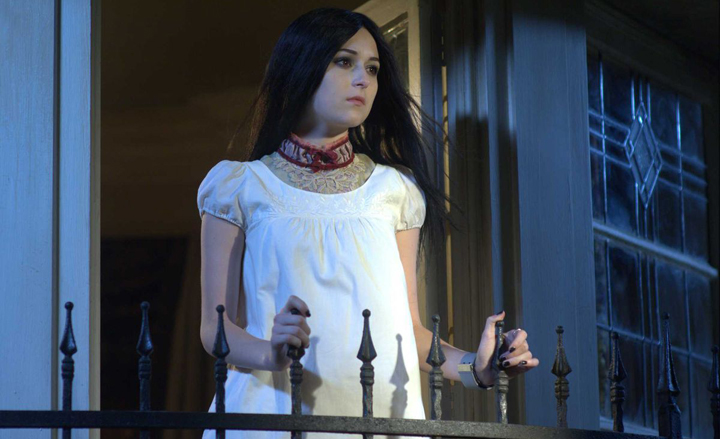 A goth rock opera with an absolutely insane cast, REPO! was, and is, fairly polarizing. People either hate it like poison or fanatically love it to the point where some of those outfits were everywhere at comic book conventions for several years. And its reception makes perfect sense. On a comparatively shoestring budget, fully-rendered comic book panels narrate much of the backstory of the characters as well as give us our first entry point into a world where your organs can be violently repossessed if you fall into too much medical debt; a reality that seems eerily not too far off from the current American healthcare system. When it’s several thousand dollars for an ambulance ride alone, is it tinfoil hatty to think companies would just repo your body parts? Not especially.

This very real world anxiety about organ failure, debt, medical drug abuse, and chronic illness (which was later retread in 2010’s lesser movie, REPO MEN) permeates every inch of the film and is part of why it feels more tangible and hits much harder than hypersexual aliens in a mansion in the woods, as much fun as that may be. While the wealthy elite can indulge in “body fashion” and graft new parts and faces onto themselves at leisure, do we ever see these people under the literal knife of debt? No. Every person we see killed by the Repo Man (Buffy The Vampire Slayer‘s Anthony Head) is middle class or lower, commonly in shitty shared housing and gathering near oil drum fires. The people that are bored with their bodies get to play, and the people that likely had a legitimate medical need are slaughtered, thrown into corpse dump trucks, and ditched into mass graves. It opens the door for far more discussion than Meat Loaf on a motorcycle. 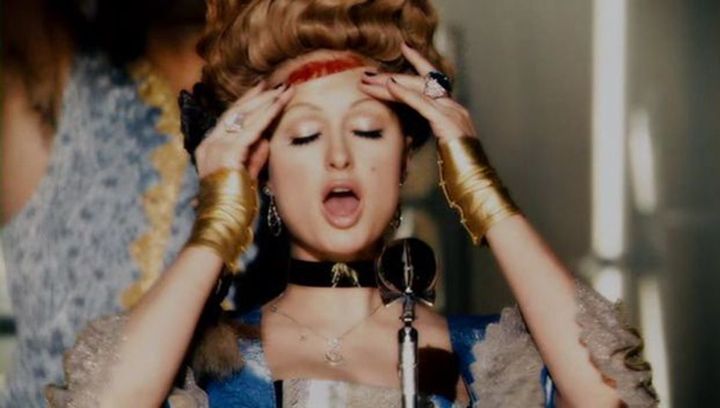 Speaking of Meat Loaf, while a lot of ROCKY HORROR PICTURE SHOW songs are very campy or worn poorly with age when not viewed with a crowd, REPO! has an almost unfairly good soundtrack. Yoshiki, the leader of legendary Japanese rock band X Japan, produced the soundtrack and wrote one song, while the rest of the music was written and composed by Darren Smith and Terence Zdunich (based on their play of the same name). When it came to vocal delivery, the weaker links like Paris Hilton and Bill Moseley are balanced out by some fairly incredible voices, including the lead singer of the band Skinny Puppy (Ogre) and accomplished opera soprano and wunderkind of the stage, Sarah Brightman. Joan Jett is also there…lurking….waiting…biding her time.

I wish I knew what witchcraft got this collective together; I really do.

Even the more low key songs are super catchy and at midnight showings, unfairly rare though they are, basically everyone can do the call and repeat for “Zydrate Anatomy,” which is basically the successor to “The Time Warp.” This is fortunate because, gushing aside, the cinematography and camera work do kind of suck and you can tell nobody was super prepared to adapt the former stage play from 2002 into a 2008 mega project. But fuck does everyone look like they’re having a fantastic time doing it. Especially sausage enthusiast/trained opera singer Paul Sorvino, who hams it up like none other and has followed Bousman to his other films.

It is unfair that this movie has been lost in the shuffle over the years when it should have been the next big shadow casting midnight movie. It deserves to be. There’s so much more to perform, you could do so much with the gore and the amazing Hot Topic-threw up-in-its-mouth aesthetic. So many of the songs have a Greek Chorus element that could seamlessly add into audience participation. I rewatched the film several times this month thinking about this article and I genuinely can’t figure out why REPO! is stuck in a corner when the fanbase is equally rabid, all things considered. 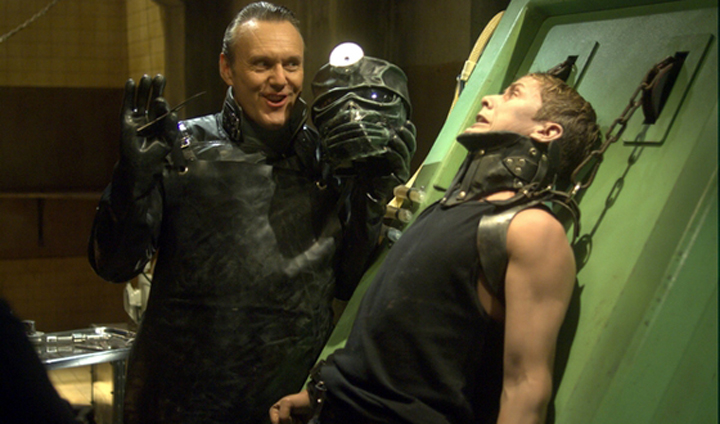 Horror and musical nerds, I beg you—let us unite! Let us shadowcast. Let us revel in the eventual dystopian dismemberment of our flesh bags. Let us bask in the spooky glory of REPO! THE GENETIC OPERA.