Home  ⁄  The Wire  ⁄  [THE DAILY GRINDHOUSE INTERVIEW] BRIAN O’MALLEY, DIRECTOR OF ‘THE LODGERS’

THE LODGERS is a classical gothic ghost story set in rural Ireland in the 1920s. The film tells the story of orphaned twins Edward and Rachel, played by Bill Milner (X-MEN: FIRST CLASS) and Charlotte Vega ([REC 3: GENESIS], who live in a huge haunted house. The ghastly entities who have controlled their family for years demand that the twins always be in bed by midnight, never let a stranger in the house, and never leave each other alone. The ancient Loftus Hall in Ireland is almost a character in its own right, evoking an atmosphere of crumbling decay that serves as a perfect background for gothic horror. As Rachel comes of age and begins to experience a sexual awakening with the character Sean (David Bradley, HARRY POTTER AND THE PRISONER OF AZKABAN), the rules of the family ghosts begin to be challenged and the twins must discover the truth of the secrets that have haunted them for years. 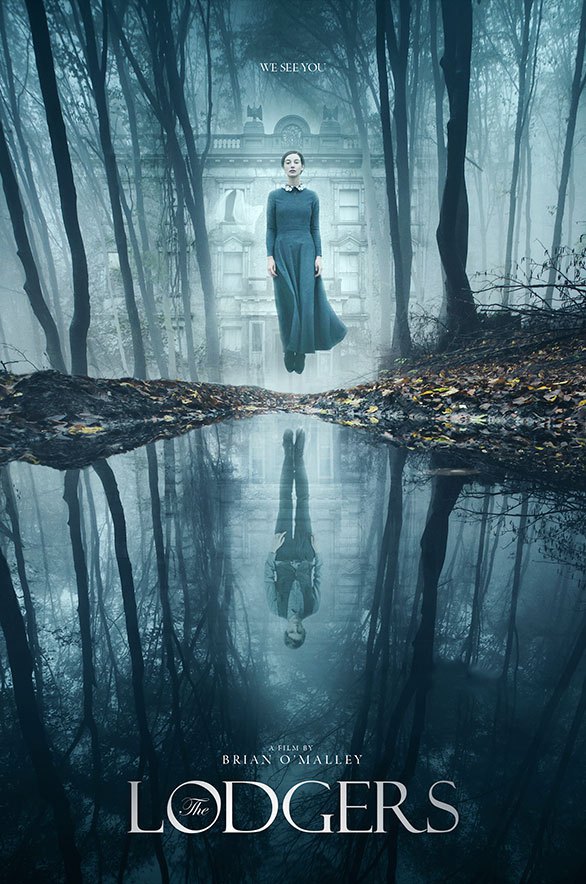 DAILY GRINDHOUSE: How much did the atmosphere of Loftus Hall (the house filmed in the movie) influence you?

BRIAN O’MALLEY: Loftus Hall — when I walked inside I immediately traveled through time. Everything there is hundreds of years old, it had a huge impact on the texture and the tone of the film. Everything you point the camera at has that old and decaying look and is representative of the atmosphere. You had to be careful leaning against the walls with all this heavy equipment. Rather than being on a film set, it really felt like you were in this very old house.

DAILY GRINDHOUSE: What did you think when you first read the script?

BRIAN O’MALLEY: About 10 pages in I knew it was very elegant, this classical ghost story. As I finished I thought it was a surprising take on the genre, there were all these twists and turns and I didn’t know where it was going. I knew I wanted to make it, I hoped I could make it as elegant and beautiful as the script.

DAILY GRINDHOUSE: You said the film had a strange sexual undercurrent. Could you speak a bit more about that?

BRIAN O’MALLEY: There’s something dark bubbling underneath the surface. That’s the uncomfortable part of the story, between the brother and sister. However, (Charlotte Vega and Bill Milner) were so at ease with each other that this was not uncomfortable, or a challenge.

DAILY GRINDHOUSE: What other ghost stories or films may have influenced you?

BRIAN O’MALLEY: THE INNOCENTS, a 1961 ghost story about a lady who used to look after two children in a big old house. I feel like it’s also important to look for influences that are more modern and outside the genre, so you don’t have repetition. In terms of that, THE DUKE OF BURGUNDY is another film with a similar style and tone, and a strange sexual influence.

DAILY GRINDHOUSE: I read you wanted to create a strong female character in the lead, Rachel. What do you feel makes her strong?

BRIAN O’MALLEY: In that time in Ireland, women were often forced onto men. She feels modern and very much of her own mind — she can make her own future, rather than having it imposed on her. This is also set in 1920, before Ireland achieved independence from Britain, so there are all these possibilities ahead of her.

DAILY GRINDHOUSE: That leads into my next question — how much research did you do into Irish history?

BRIAN O’MALLEY: Irish history was a part of your education in school. Also, my grandfather was involved in the War of Independence, so I understood what was happening. It was a story I felt very comfortable with.

DAILY GRINDHOUSE: How challenging were the underwater shoots to do?

BRIAN O’MALLEY: It’s difficult to do because it moves incredibly slow. Realistically, you have to make the storyboard very detailed. You can’t do it on the fly, it’s not like you’re going from Point A to Point B.

DAILY GRINDHOUSE: You said you fulfilled a dream in shooting a period ghost story. What was that like?

BRIAN O’MALLEY: When I saw THE INNOCENTS, it was the most beautiful take on a ghost story I’d ever seen. I was always inspired to do something like this. From then on, it became my dream.

DAILY GRINDHOUSE: How did your past work in sculpture influence the shoot?

BRIAN O’MALLEY: It wasn’t so much sculpture, it was more four years in art college. I became very good at drawing, so I storyboarded the entire film. It gave me a good idea of the flow. I had a good sense of visualizing the three dimensions and what I wanted to do. That all came from having an art school background.

DAILY GRINDHOUSE: What was it like shooting such an atmospheric film so quickly?

BRIAN O’MALLEY: Yes we shot in 22 days, that was extremely fast. We were blessed with a terrific cast who could mostly do it in one take, and we could fine-tune it during the second. We didn’t have to go past three takes very often. It was challenging but very invigorating.

DAILY GRINDHOUSE: How did your past work in TV commercials influence the shoot?

BRIAN O’MALLEY: It was beneficial because TV commercials have storyboards and you get used to working very quickly and not really pondering. Because people watch commercials over and over again, every shot has to look very good. How it looks and the atmosphere was very important. And it helped me re-imagine scenes.

DAILY GRINDHOUSE: What was it like working with the cast?

BRIAN O’MALLEY: (Charlotte Vega and Bill Milner), I spent the most time with them. We became very close on the set, so there was a great energy. They were very close to each other, always giggling and laughing in between scenes, so any sexual tension that may have been there went well. They were total professionals. I feel like this really helped shine a light on some of Charlotte’s talent.  And of course we had David Bradley from HARRY POTTER, who did very well playing a character with his own physical challenges. We were always having a laugh in between scenes, too.

DAILY GRINDHOUSE: What was the most challenging part of shooting this film?

BRIAN O’MALLEY: It was definitely the underwater scenes, there was all this shifting and moving around. There were all these sequences in the water with what happened, and a great number of characters, and we had to get the schedule just right. 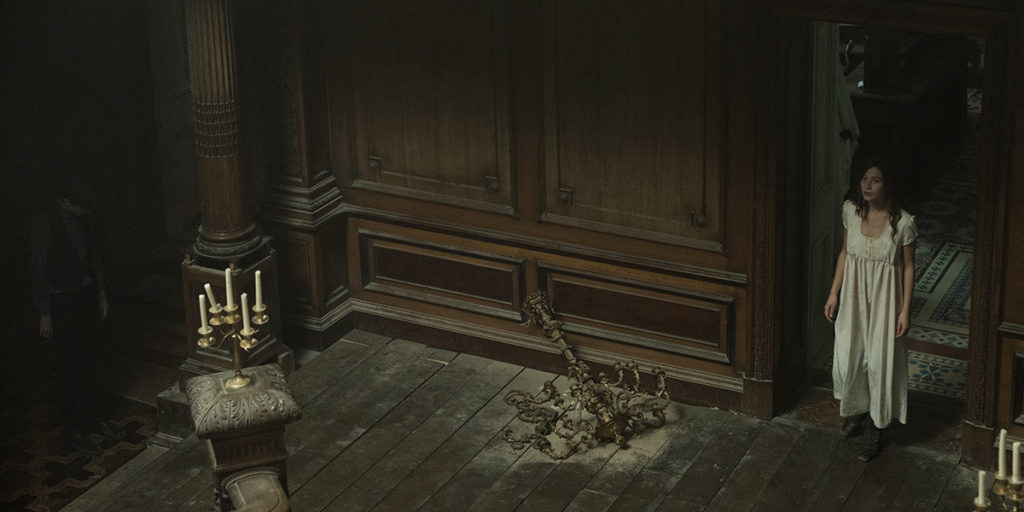 THE LODGERS will make its world premiere at the Toronto International Film Festival on Friday, September 8, 2017.