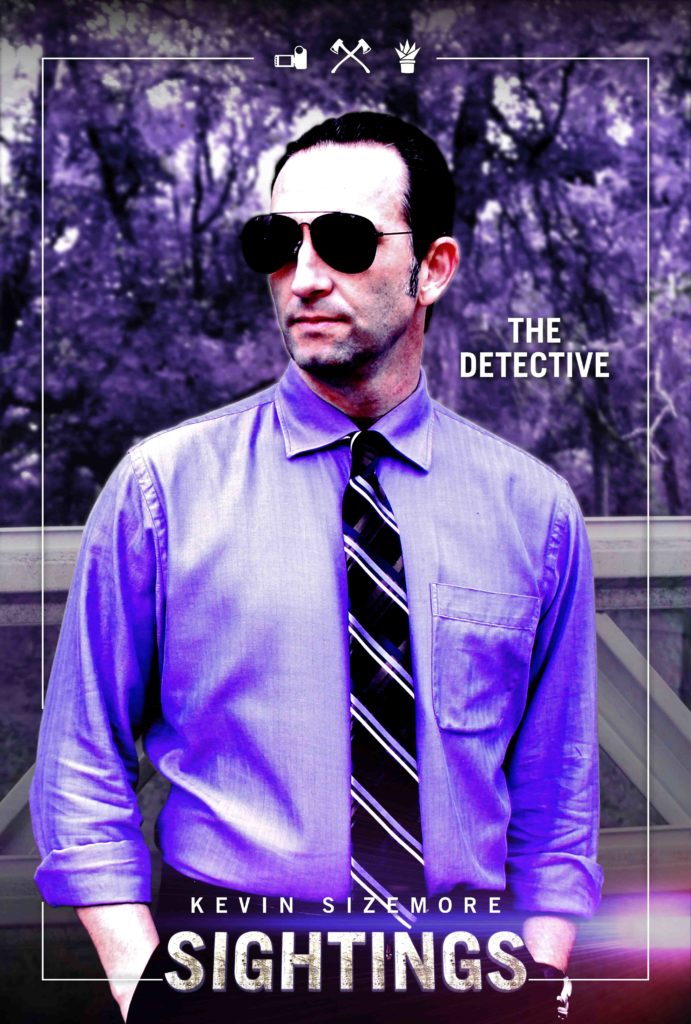 When former Sheriff and skeptic of the paranormal, Tom Mayfield (Boo Arnold), encounters three dead bodies on his TX ranch, he must enlist the help of his conspiracy-theorist brother-in-law (Rawn Erickson II), a local surveillance expert (Dante Basco), and a renowned cryptozoologist (Stephanie Drapeau), in order to uncover who or what is behind these mysterious events.

While being pursued by the local detective (Kevin Sizemore) as a lead suspect for these deaths, Tom is forced to reconsider his preconceived ideas of what lies beyond our planet.

Ultimately, he must mend the estranged relationship with his daughter (Tahlia Morgan) and come to grips with the truth of his missing wife (Tiffany Heath), as he discovers the importance of community in survival and the belief in the unseen.

From High Octane Pictures, the studio that brought you CLOWNTERGEIST, comes another workout for your goosebumps, SIGHTINGS.

We spoke to the detective on the case, Kevin Sizemore. 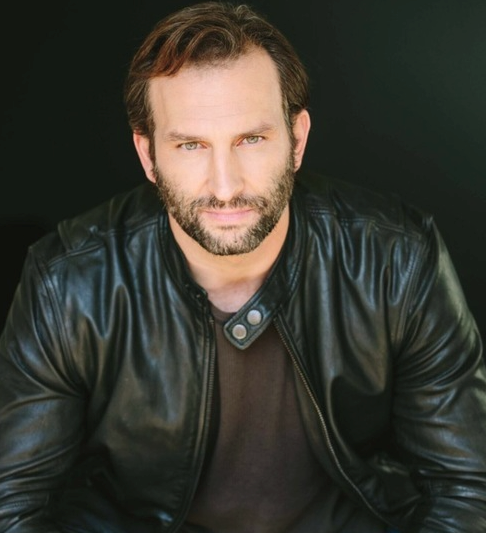 When did you decide you wanted to be “in the movies”?

After being an extra in a Maxwell House Coffee commercial near my hometown of Princeton, WV when I was a senior in high school. Had no clue how I was going to do it, being from a small town, but I was gonna give it a shot. Never wanted to look back and say “I wish I would’ve” on a dream. That would sting a lot.

Have a lot of support in that decision?

From my parents and my older brother, yes! I don’t really think they understood (neither did I) all that would go into this decision and the sacrifices you have to make to tackle this industry. From my friends…I’m not sure they thought I’d really follow through with it. I guess after 25 years, it’s safe to say this is my career.

How does one start?

How long do we have?  I attended classes, workshops, slept in my car, drove six hours each way to auditions (and again for the callbacks). There’s not too much I haven’t tried to make things work.  What’s funny is a story an older acting buddy of mine told me when I first moved to Los Angeles. He said, “Just stick around and don’t leave.  Your time will come.”

And in addition to acting, you’re also now making movies. Was that always the plan?

I knew I wanted to produce my own projects at some point, but didn’t know when. I’ve done a few shorts over the years with my buddies Larkin Campbell and Shawn Driscoll, and I learned a lot. We’re in the mist of doing a sci-fi creature film called CRYPTID as we speak. Two years ago, I was asked to help produce the film TREW CALLING, alongside Kimber Eastwood and director Greg Robbins… that film will be out in 2018.  After that, the film INTENSIVE CARE came my way, with my longtime friend and director Jared Bentely. It’s now with High Octane Pictures and will also be out in 2017.  Then, out of the blue, Ryan O’Quinn contacted me about coming on board to help produce the Christmas film BELIEVE, written and directed by Billy Dickson. It’s currently available on Netflix. 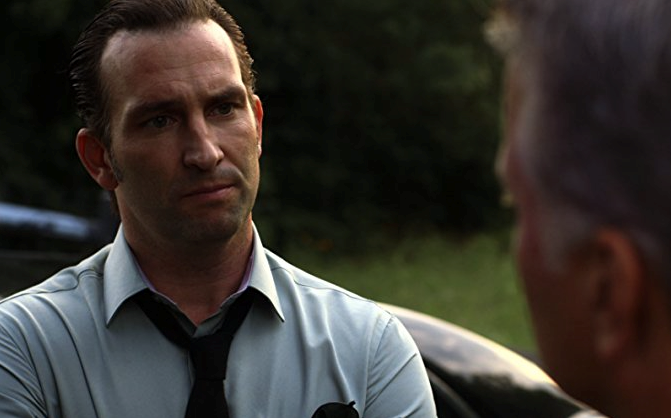 How did you come up with the name of your production company?

This one was really easy. My family, Gina and Gunnar, are the light of my life, and I wanted to have something that represents who I am, and who I am is all about my family. So G (Gina) K (Kevin) g (Gunnar), and I wanted the last g to be lower case, to signify my son. Since my son is also in the business, if he ever wanted to take it over….it’d be a smooth transition.

To the latest movie: What appealed to you about SIGHTINGS?

SCI-FI!  I’ve always  wanted to get in to more sci-fi since I did the TV show Under The Dome.  After I spoke to our director Dallas Morgan and co-star Boo Arnold in more detail, I thought running the woods chasing a creature for a few weeks would be a blast!

Where was it shot?

In a very small town called Thorndale, TX with a population of about 1300 people.  One night after we wrapped for the day, Rawn Erickson, Jason J. Lewis, Pia Inca, Dante Basco and I were going to the local and only theatre in Thorndale.  When we arrived at 7:30pm, they were shutting down because nobody showed up for the film.  As we were leaving, one of the employees recognized Dante from a movie he did called HOOK. After that, they opened the doors and we had a private showing of HOOK and then the best time hanging out with the employees at the Howard Theater in Thorndale, TX. 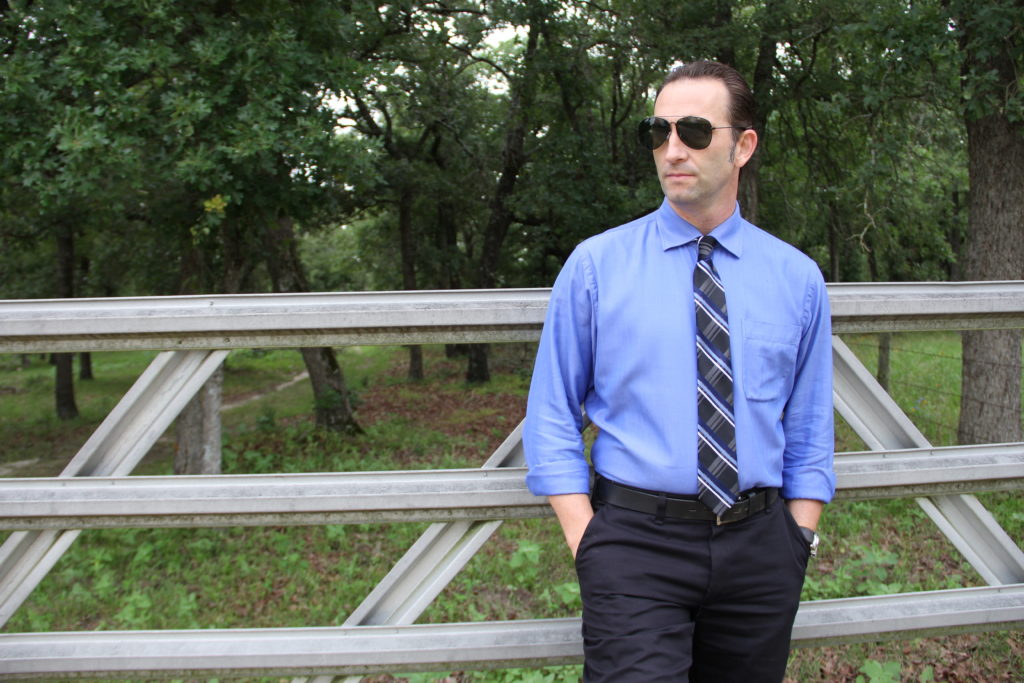 What do you hope for this movie?

That people sit back with some popcorn and have some fun. We have some fun and unique characters that push this story along. I never shoot out for anything else than enjoyment. If the audience does that, then we as filmmakers have done our job.

Ever had a supernatural or spooky encounter like those in the movie do?

NO and why did you bring this up? Dang it…..now I’m gonna have to be on the lookout!

Are you producing anything in the future?

Yes. CRYPTID’s in the fundraising phase, and we’re also working on the life story of MEADOWLARK LEMON from The Harlem Globetrotters; and Bill Rasmussen’s story who founded ESPN!