In 1984, Courtney Gains as Malachai Boardman, the lanky, flame-maned enforcer for the title cabal in CHILDREN OF THE CORN, and he’s remained a cult film icon ever since. 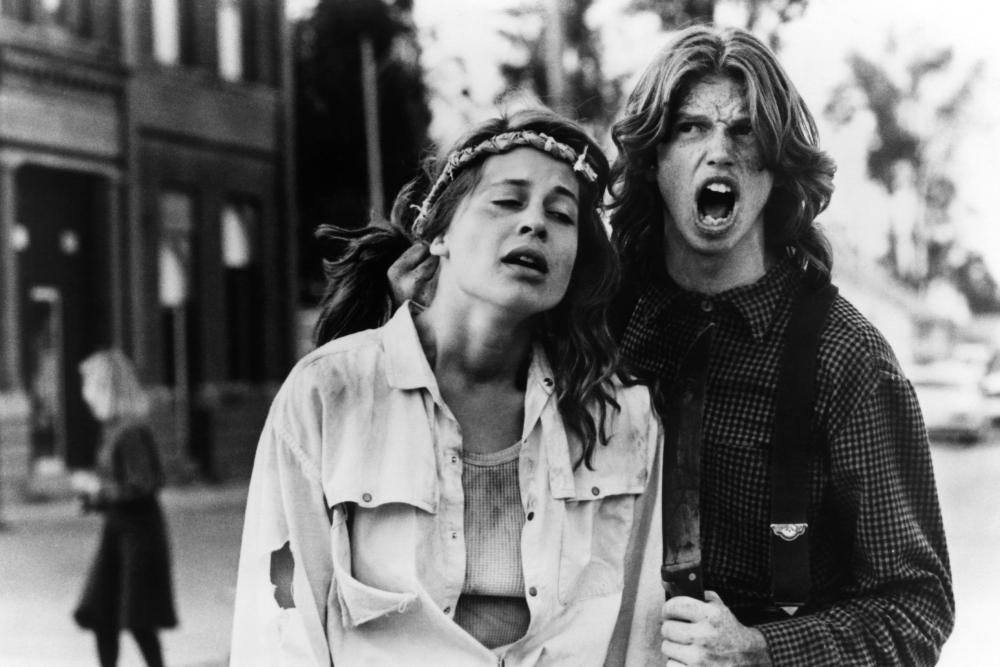 Now, 34 years later, Gains has donned Malachi’s signature suspenders and rejoins his CHILDREN OF THE CORN co-star John Franklin as Isaac for HELL’S KITTY (2018), a comedic horror blast adapted by writer-director Nicholas Tana from the popular web series and comic book of the same name. 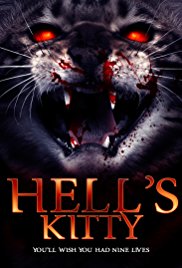 Aside from the return of Isaac and Malachi, HELL’S KITTY boasts cameos by a who’s-who of grindhouse greats, including Doug Jones (THE SHAPE OF WATER), Adrienne Barbeau (THE FOG), Michael Berryman (THE HILLS HAVE EYES), Lynn Lowry (I DRINK YOUR BLOOD), Kelli Maroney (NIGHT OF THE COMET), Ashley C. Williams (THE HUMAN CENTIPEDE), Barbara Nedeljakova (HOSTEL), and vintage adult-film star Nina Hartley.

Courtney Gains took some time to talk to Daily Grindhouse about Malachi Rising from behind the rows, being the last Klopek, and how to properly flip anyone off in 40 different languages.

Daily Grindhouse: Let’s talk HELL’S KITTY — how did you come to appear in it?

Courtney Gains: My manager actually came across the project. He also works with Adrienne Barbeau in terms of booking horror conventions, and she apparently had a very good experience with Nicolas Tana and the HELL’S KITTY people. So he thought good things could come out of this.

I read the material, and at first it was just a lot of John (Franklin) talking, and I was just standing there. So I said, “We should bicker and have fun with this,” and we beefed up the character a bit.

Then they talked about maybe a song and I was like, “I can have some real fun with that!” And it was fun. HELL’S KITTY was a very good experience.

Courtney Gains: Yes, I think it is. Actually — yes! 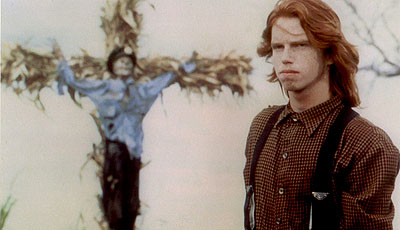 Daily Grindhouse: What is it that has made Malachi such an enduring character? Even people who never saw CHILDREN OF THE CORN or even have just a vague idea of what the movie is know “Isaac and Malachi.” 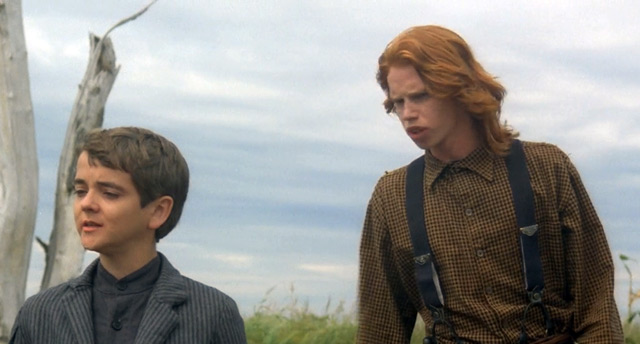 Daily Grindhouse: It seems like you and John Franklin will be forever linked to one another. What has the relationship between you guys been like through the years?

Courtney Gains: It’s been very good. We are forever linked. A lot of times, when you’re making a movie, it’s like “The circus has come to town!” And then you say, “Oh, we’ll stay in touch,” but actually don’t. John and I really did stay in touch.

A lot of that has do with us doing horror conventions. John and I even developed a pilot called Horrified, which was about just that — the two of us appearing at horror conventions, but from a comedic point-of-view. John also wrote CHILDREN OF THE CORN 666: ISAAC’S RETURN. 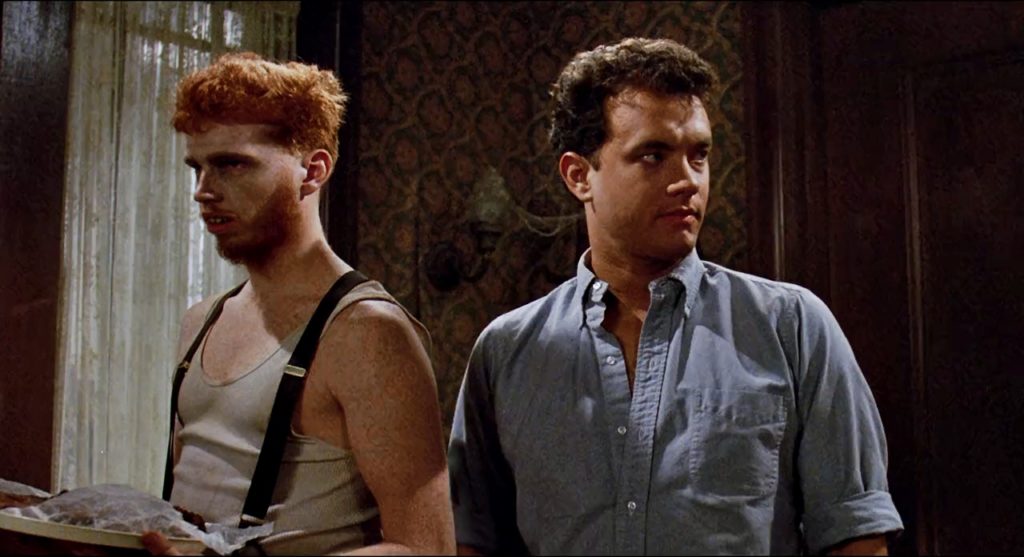 Daily Grindhouse: THE ’BURBS is about to come out as a special edition Blu-ray Shout Factory. Do you have anything to do with that release?

Courtney Gains: No, not directly. A couple of years ago I did an interview for a European steelbook of THE ’BURBS and I was really happy to do it, because I’m the last surviving Klopek!

We lost Henry Gibson in 2009 and Brother Theodore before that [in 2001], so I was really proud to be the last Klopek and represent. That was cool.

I’m glad the U.S. is getting a special edition! [Note: Courtney’s interview is included on the Shout Factory release]. 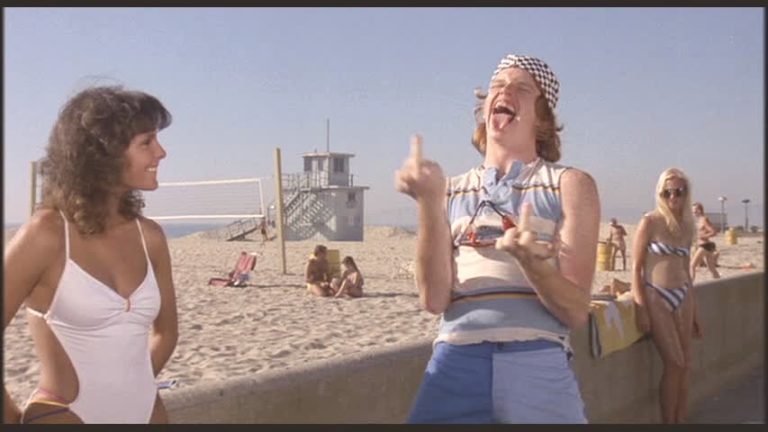 Daily Grindhouse: Tell us about your most iconic non-horror character: Rags in HARDBODIES.

Courtney Gains: I love HARDBODIES. It was just my second film, right after CHILDREN OF THE CORN. I had been in an acting class run by Mark Griffiths, the director. Mark was very supportive. He and the casting director of HARDBODIES had actually come to like what I was doing in the acting class.

So when Mark got the project, he rewrote the character of Rags to cater to me. I had to audition, but it was sort of a semi-formality. Then he told me, “You have to come up with the ‘flipping people off in 40 different languages’ thing.”

So what I did then was just ask everybody I could find to show me how to say “F.U.” with your hands from every different country and culture they could think of. I wrote them all down and ended up with 20, and then put the routine together. I actually ran through them twice to get to 40.

The movie is really funny. And they just did a brilliant job with the trailer. I still think that’s one of the all-time great trailers. The whole experience was very fun. Hanging out in Malibu with a bunch of pretty women — who could complain about that? 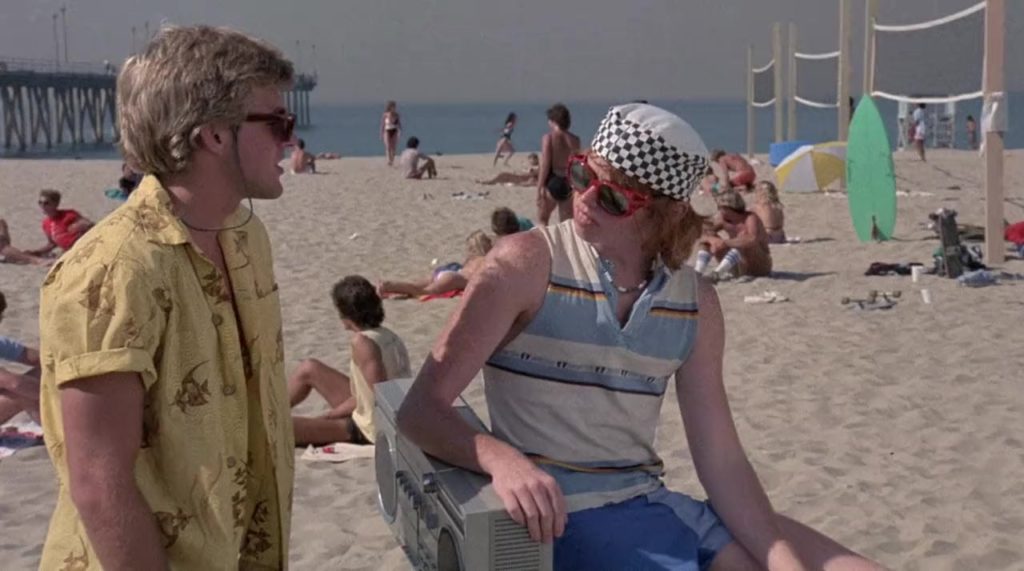 Daily Grindhouse: Why didn’t you appear in HARDBODIES II?

Courtney Gains: Well, Mark Griffiths wrote a movie for me called LUCKY 13 that ended up getting made with Eric Stoltz and Stuart Margolin [and released as RUNNING HOT]. We were were really looking forward to making HARDBODIES II.

Mark’s wife was in the cast, too. She and I had worked together in the acting class, so we had a lot of comedic ideas we were working on. We really wanted to do it.

The problem was: I was underage. I was 17, so I had a fake ID made that said I was 18. HARDBODIES II was shooting in Greece, so I had to get a passport. I gave them my fake ID and it got flagged. Suddenly, I was in a room with FBI agents really grilling me. I managed to just walk out.

I was still going to do the movie, but the only condition was that I had to get to Greece for the very first shot. It was a United Airlines airplane shot they could only do once, and it was a huge investment. So basically what happened was that the FBI agent made it his business to make sure I didn’t make it.

I was really sorry about it. The movie is neither here nor there, but I could have gotten to hang out in Greece with pretty girls! But that’s how it is in this business. Some things pop, and some things just go bust!