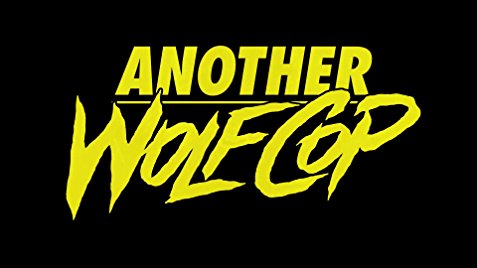 ANOTHER WOLFCOP is the “dirtier, harrier” sequel to the cult 2014 hit Wolfcop. Driven by the steady hand of writer/director Lowell Dean, instead of explaining Wolfcop’s origin, the film launches right into fun mayhem, featuring Officer Lou Garou (Leo Fafard) who turns into a wolf, and other members of his force, notably Tina (Amy Matysio). The film is an action-horror-comedy extravaganza, with a lot of affectionate parody of small towns and the police. Mainly, it’s an enjoyable romp that features weird transformative corporate beer, interesting inter-species sex, and an explosive finale. It’s gory, action-driven fun. It will come out on DVD, Blu-Ray, and digital video on July 3rd from RLJE Films. 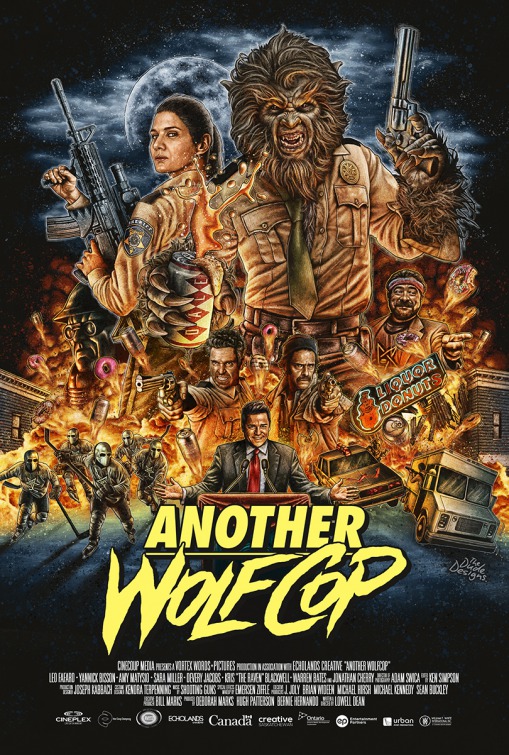 Daily Grindhouse: What was it like creating a sequel?

Lowell Dean: Very weird, like continuing fan fiction. How to do this again was a fun process. You have to continue the story and character, but dirtier and harder. 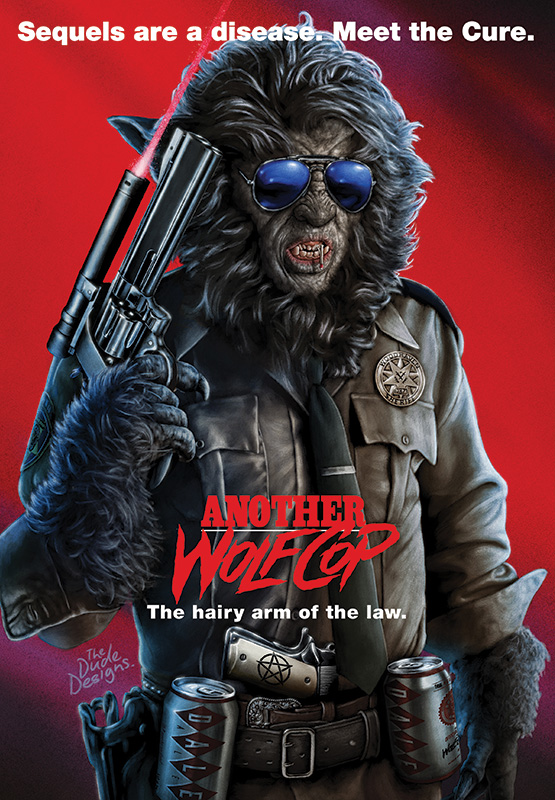 Daily Grindhouse: Why did you choose to set the film during Christmas?

Lowell Dean: It was just logistics. I thought it would be during the summer but we didn’t get the finances together in time. It ended up being shot in February, and I was thinking of how to make it more fun and exciting. I thought I would add a little Christmas touch to it, not too much. But there’s a lot of great movies set during Christmas, like DIE HARD.

Daily Grindhouse: How did you manage to balance the horror and comedy?

Lowell Dean: I don’t think we really did. The first film was definitely walking the tightrope between aggressive breakneck chaos and it was not scary, more fun. We did use some ridiculous horror tropes, but it was more a kind of gory action-comedy.

Daily Grindhouse: What was it like working with your special effects team?

Lowell Dean: That was a weird thing, even though it’s one of the best elements, it’s time-consuming and never easy. You have to make sure when someone rips someone’s face off the blood spills out just right.

Lowell Dean: Fun. There was a good level of comfort with small roles we had to fill. We got the Astron-6 guys and Kevin Smith involved. And there were great new people we got to fill in for roles, like Yannick Bisson as the villain.

Daily Grindhouse: What was the process like to get the music for the film?

Lowell Dean: We worked with The Shooting Guns, a Saskatchewan band. It was their first film, and really their style. We wanted to add more synth, to give it more of an ‘eighties aesthetic.

Daily Grindhouse: What influenced you in the making of this film?

Lowell Dean: We wanted to make something at a crazy breakneck speed, with people not talking but running from scene to scene. As far as film influences go, there were many — including SLAP SHOT, STRANGE BREW, and LETHAL WEAPON.

Daily Grindhouse: What has been your response from fans of WOLFCOP?

Lowell Dean: Well I was making it just for me first. But it was a sequel, hearing what people liked and didn’t like was interesting. It’s obviously not a film for critics, it’s more for fans of the horror genre and werewolves. 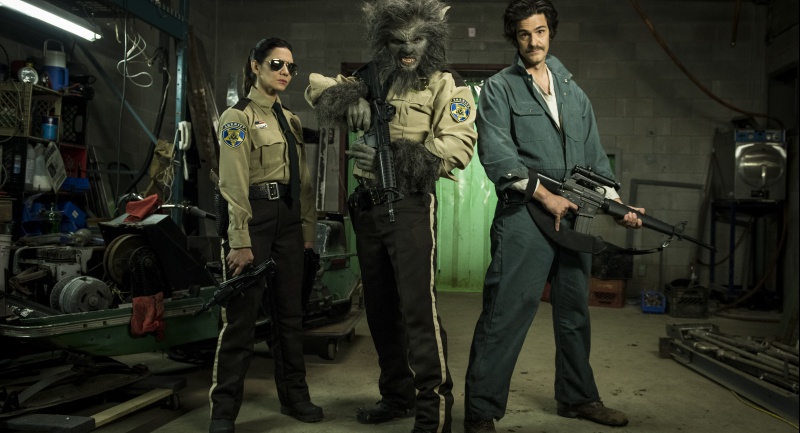 Daily Grindhouse: Did you intend any satire of the police or small-town America?

Lowell Dean: Definitely. Coming from a small Canadian town, it’s not a very subtle feeling. The police are an easy target, but it’s fun to play with those idiotic stereotypes and do a straight-up parody.

Daily Grindhouse: Why did you choose to set the film in a small town?

Lowell Dean: Well I’m from a small town in a Canadian province, so it’s just what I know. I feel like there’s all these big-city action movies, so this was different.

Daily Grindhouse: What was shooting the action sequences like?

Lowell Dean: It was challenging. We shot the film in just 17 days, so we never had more than a day to prepare for it. We had to storyboard everything shot for shot, just to make sure we got it right.