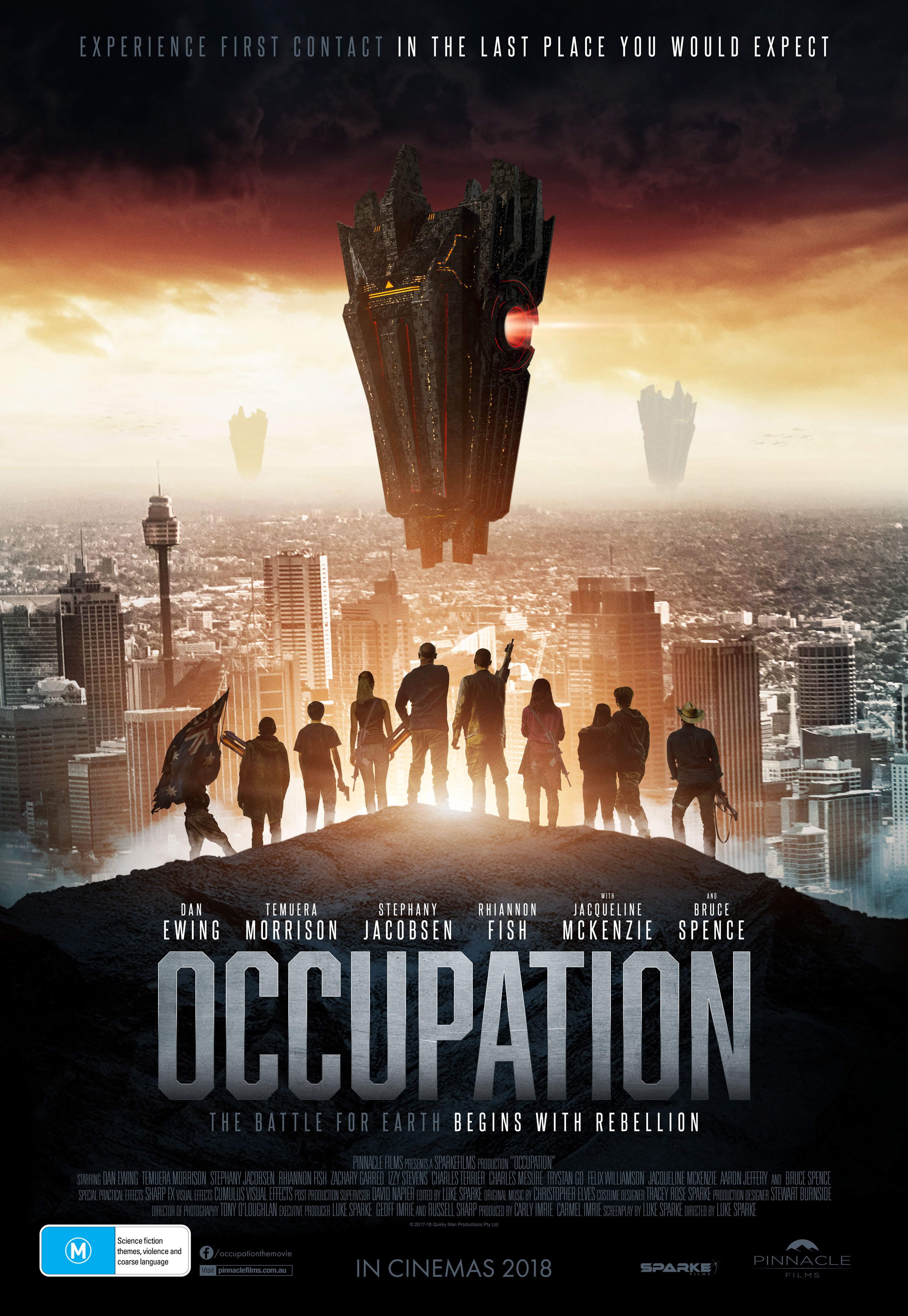 OCCUPATION is a thoughtful sci-fi film that begins with a monologue about humanity banding together, and then zeroes in on a small Australian town. Viewers get the opportunity to live with the characters a bit and get to know them before spaceships descend out of the sky and a deadly alien invasion wreaks havoc on their everyday existence. Residents soon learn they must band together for survival and tactics to defeat the sudden intruders, which casts their personalities in a different light. Among other excellent ensemble cast members, the film features Dan Ewing (from Home And Away and POWER RANGERS RPM) and Temuera Morrison (from AQUAMAN and GREEN LANTERN). Saban Films released OCCUPATION in theaters and on VOD and Digital HD on July 20.

Daily Grindhouse: How did you come up with this premise?

Luke Sparke: I was inspired by the 1980s, by some of the best movies ever made, like ALIENS and PREDATOR. I thought it would be interesting to take an alien attack on the horizon and set it in a small town and see how the locals would react. It’s much more interesting than setting it in L.A. and big budgets and whatever else you have. We just walked out with the script and started shooting.

Daily Grindhouse: Why did you decide to set the film in a small Australian town?

Luke Sparke: Because that’s where I grew up — we’ve already seen stuff like the White House blowing up, we wanted to base it around ordinary people. We wanted something that reflects ordinary values and society, and appeals to more than just the masses.

Daily Grindhouse: What was the purpose of the opening monologue?

Luke Sparke: To get the establishing shots, and to establish the world at that time. It was like Ronald Reagan’s speech to the U.S. in 1983. There was that aspect of optimism, and that people usually do the right thing.

Luke Sparke: We cast the film ourselves — we started hatching the project with the intel agents, and they came on in the right place and the right time and we were very happy about that.

Daily Grindhouse: What was it like working with the special effects?

Luke Sparke: I love blowing shit up, and the crew members behind the film did what I wanted to do. There was also a very practical DP on hand for all the exploding we had.

Daily Grindhouse: What was your creature design process like?

Daily Grindhouse: How did you decide how long to introduce the characters?

Luke Sparke: We wanted to get them up there before the invasion happens, but didn’t want it to go on forever. Just enough that you know how they are and what their values are.

Daily Grindhouse: What was staging the action sequences like?

Luke Sparke: That was all behind the scenes, and everything in my career applied to it. I storyboarded everything and worked with the special effects guys to do it all.

Daily Grindhouse: What other science fiction films may have influenced this one?

Luke Sparke: INDEPENDENCE DAY, WAR OF THE WORLDS, ALIENS, and PREDATOR were all in my DNA in bits and pieces.