Anyone know any good pet cemeteries in the area that filmmaker Rebecca Matthews can visit? As the PET GRAVEYARD filmmaker admits in our exclusive interview, she couldn’t find any pet plots to visit while filming. Let’s change that! 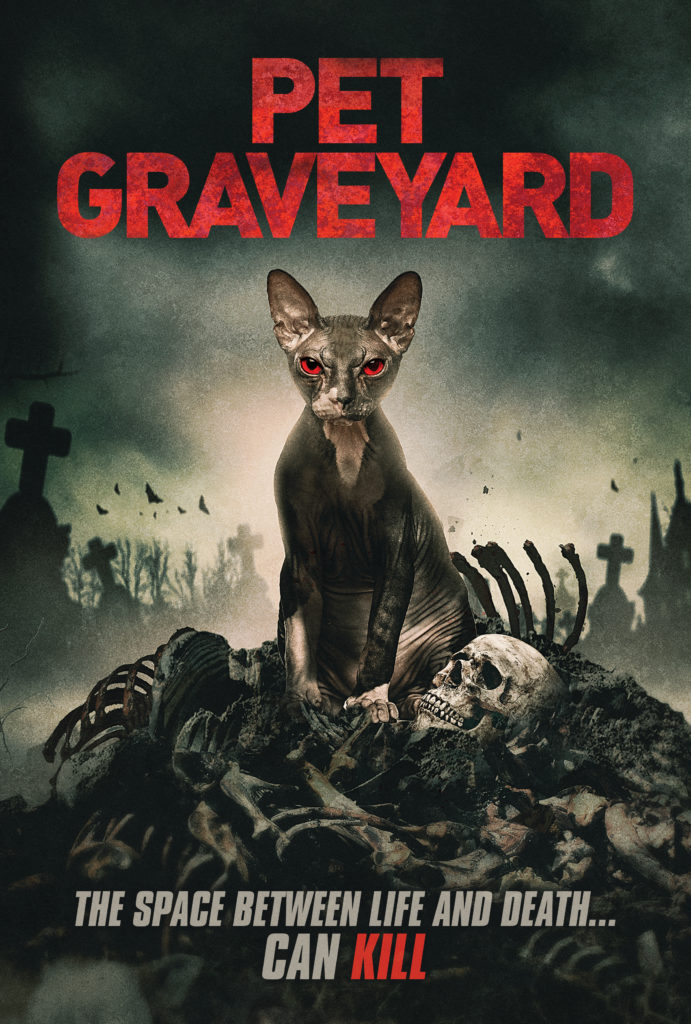 What was the initial pitch that sold your cat – yes, that’s right, ‘cat’ – on the film?

Ha ha! Nimoy, the cat, and I were well acquainted from when I produced MOTHER KRAMPUS back in 2017. He’s actually the same cat used in that movie. I am well acquainted with the owner of Nimoy and she was thrilled for him to be involved as a larger role in this movie – even more delighted when he took centre stage on the DVD artwork.

In all seriousness, that cat is great. I imagine you went to great lengths to find the ‘perfect’ cat for that part.

We are very lucky to know Nimoy and his owner, as we had struggled to find a cat to play the character of the Reaper’s pet for a while. You never know how animals will react on set, unless they are fully trained for screen already, so we were thrilled when Nimoy joined our team again. He is perfect for this role and is a natural in front of the cameras.

Was the cat trained? Had it worked on camera before?

He isn’t trained for screen, but he’s very disciplined and well behaved – he adapted very well to set life, shall we say. The cast and crew loved him too, particularly David Cotter, who plays Jeff, who had the most scenes with him – they really got on, which was helpful for the scenes. Nimoy’s takes were actually relatively easy to get – turns out, all you need to do is feed him prawns and set his marks around them, and he will pretty much take most direction well.

Back to the pitch: Did it also help nail in the finance? (Because it’s such a cool concept.)

Our co-producers and the studio seemed very excited by the pitch and the prospect of using Nimoy as one of the focal characters. We had circulated a few very different ideas with them, but I think this is the one that stood out for them the most. We had talked about taking away the supernatural element at one point and keeping it as a slasher, but I am very glad we decided against that in the end – I think we are all happy with the results and are excited by how things have progressed with the film so far.

Judging by what’s in the film, you know your horror well. Did any films or filmmakers influence the script?

Thank you! I didn’t have a hand in writing the script, but I did contribute to the ideas and final edit of the screenplay. I’d say FINAL DESTINATION and FLATLINERS were quite focal to the inspirations and influences behind the story and the movie – the whole concept of cheating death and after life experiments.

What two films would you say Pet Graveyard is like?

Probably the two mentioned above, the themes from both of these films sort of merge together in our movie for an interesting spin.

I imagine it can get a bit mentally-draining working on horror pics, how did you wind down at the end of the day?

You can say that again, ha ha! The toughest thing on this set in particular was having to complete the film on such a tight time frame with multiple locations daily. There wasn’t really a chance to unwind during the shoot as we shot solidly for nine days – it was a case of, if we lose momentum we might not complete the film. Keeping going and trying to get plenty of rest each night was the best option, taking each day in the schedule at a time. The most therapeutic thing for me was to make big crosses on my script and shooting schedule after a days work to tick off what we’d done that day, gives you a nice sense of accomplishment and some drive for the next day ahead, I find.

Is it hard to ground a horror film?

Horror films are fun to make and certainly popular, but I think with most independent films these days it is very hard to get a movie green lit and secured. There is a lot of competition to get things off the ground and unless you’ve done your research into whether the film could be commercial enough to be picked up, it can be difficult to get things going. It is difficult with horror I think to try and create unique and original ideas for the genre too, as there are so many being made and out there with similar themes and ideas behind the stories.

What’s your take – CGI or practical? What works better?

I find that combining the two can be really effective. Unless you have access to big green screen studios, lots of post production time and budget to get it right, I think trying to go for a practical option is always better. I especially prefer it. But adding CGI into what you have shot to enhance a scene can definitely improve things that didn’t look quite right or as grand as you wanted it to on the day. If you can combine both I think you can definitely capture the best of both – making it realistic, yet epic. Obviously some things can only be achieved with CGI these days as it is more cost effective than building grand sets etc.

Finally, ever been to a pet graveyard? And if so, we have to hear how scary they are!

I actually haven’t – I couldn’t find any available to go to – but I imagine they are disturbing indeed! The concept is definitely frightening, and strange. So I hope people feel slightly creeped out when they watch it. 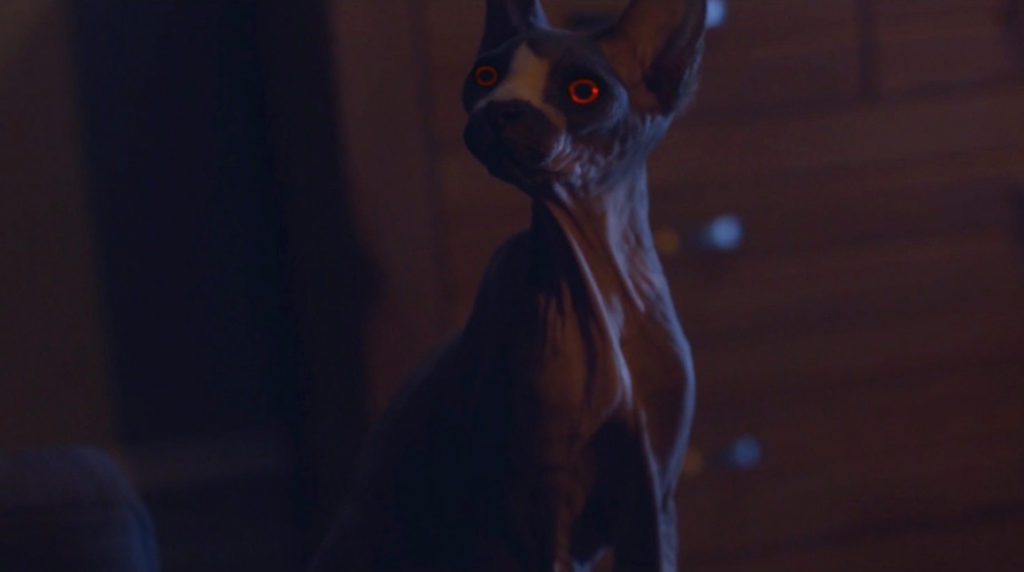