Home  ⁄  The Wire  ⁄  [THE DAILY GRINDHOUSE INTERVIEW] RICHARD STANLEY, DIRECTOR OF ‘COLOR OUT OF SPACE’

While writer and director Richard Stanley has been busy in many creative endevaors throughout the years, his latest film, the H.P. Lovecraft adaptation COLOR OUT OF SPACE, is his first return to narrative filmmaking since his segment in the anthology horror film THE THEATRE BIZARRE in 2011. While his trials and tribulations have been well documented (most notably in the must-see documentary LOST SOUL: THE DOOMED JOURNEY OF RICHARD STANLEY’S DR. MOREAU), the new film, in theaters January 24th and starring Nicolas Cage, Joely Richardson, and Tommy Chong, begins an energetic new stage in a career burdened by far too many stop gates.

The film is Stanley’s most polished to date, but it’s his most ambitious and emotionally raw as well: no small feat in a career that can be described as audacious, fearless, and more than a little bit strange. 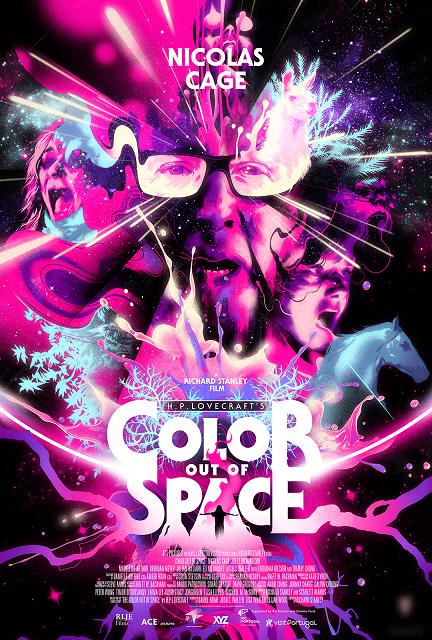 Daily Grindhouse: Given some of the past difficulties you’ve dealt with from studios, how different was this experience with making COLOR OUT OF SPACE?

Richard Stanley: COLOR OUT OF SPACE is the smoothest transition I’ve had from page to screen out of any of my work that I’ve managed to get before cameras. The experience with SpectreVision was light years away from the trouble with Miramax and the Weinstein Brothers on HARDWARE and DUST DEVIL. I’m hugely grateful to the SpectreVision team for seeing the merit of the material and standing by me during this.

Daily Grindhouse: What was your general experience when you’re reconciling your own very distinctive artistic style to that of Lovecraft’s descriptions?

Richard Stanley: COLOR OUT OF SPACE was a way of directly paying homage, but I think my instincts are naturally Lovecraftian. The film kind of reflects a lifetime of scratching my head over issues like whether or not other worlds exist in different dimensions other than our own.

Daily Grindhouse: Cancer is a significant element in the film, as it had been in both Lovecraft’s life as well as your own, and I was wondering how important its inclusion was in the film for you, especially having it portrayed so sympathetically with how it affects an entire family.

Richard Stanley: It certainly can’t be denied that it’s in the core of Lovecraft’s universe—I mean, Lovecraft based many of his stories on dreams, which he believed were caused by indigestion—and he eventually died of stomach cancer. My own mother died of lymphoma; she was an extremely strong woman and it took her ten years to die. I got to observe the way it affected her psychology as well as her physiology, the way things distance themselves away from the people that we once loved.

I’m a big Lovecraft fan, but I don’t relate to most of Lovecraft’s ideas. Unlike Lovecraft, I’m not a nihilist. I’m not an atheist and I’m not a racist or a misogynist. So, I wanted to challenge the material in some way. Certainly, one of the ways of doing that was imagining it if it were my own family. What if it was my own mother or my own children who were going through this or facing some Lovecraftian nightmare.

Daily Grindhouse: Do you think there’s a particular challenge when it comes to both creating and establishing relatable characters in a high-concept genre setting?

Richard Stanley: For me, I think the greatest challenge was creating the Gardner family and creating a believable 21st-century meta-era family portrayed at the brink of their doom. I think my natural proclivities are that of being more at home portraying multi-dimensional mutants over everyday normal folks. I’m particularly in love with how the way of the family unit is portrayed in COLOR, and it’s an achievement that I’m most proud of. We were really helped by some great casting.

Richard Stanley: We had maybe one week as a full family. Even so, we didn’t get Lavinia, the daughter, until late. Madeleine Arthur was only cast about three days before we commenced principal photography. So it was only at the last moment that we were able to get all the family members together. We tried to have a number of family outings as a family unit and study bond as a unit.

Daily Grindhouse: Do you have more literary adaptations in mind or are stories that are wholly your own calling to more right now for your next projects?

Richard Stanley: I’m pleased to say that SpectreVision and I are moving forward with two more Lovecraft adaptations, so COLOR OUT OF SPACE is going to become the first in a projected trilogy. Right now I’m already working on prepping the second film, which is an adaptation of H.P. Lovecraft’s THE DUNWICH HORROR. 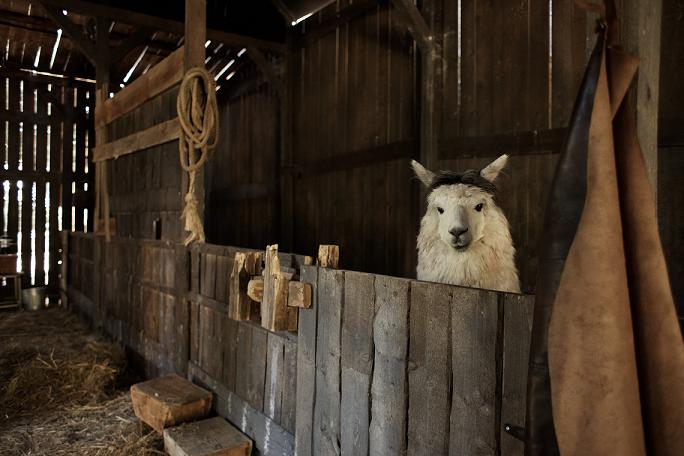