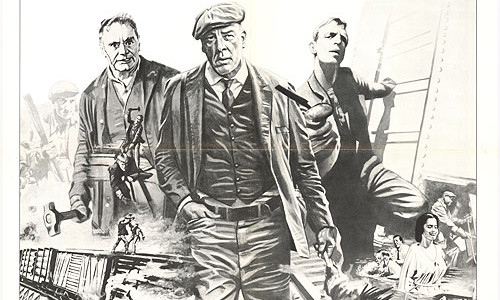 G, Perry, and Lee Marvin jump a train with the ruthless Ernest Borgnine at the wheel. It’s EMPEROR OF THE NORTH (1973) directed by Robert Aldrich about life on the rails and what happens when things go south while traveling north. This is a badass action film with one of the best fight scenes to ever punch cinema in the face. The fellas break it down and also rap a little about MAN OF STEEL.

Special Guest: Dwayne Epstein, author of Lee Marvin: Point Blank, the definitive book on Marvin’s life and career. If you dig Marvin or cinema, and odds are you’re diggin’ both, you owe it to yourself to pick this book up.

Films mentioned on the show: