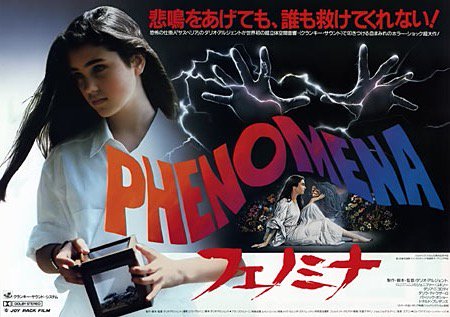 February 2016 is the seventh annual Women In Horror Month, which celebrates the work of women in horror films. The goal, per the movement’s website, is to help spread far and wide the brilliant contributions of so many women to the genre so many of us love so much. It matters because horror is often dismissed as exclusive or even misogynistic — often unfairly, occasionally very much fairly — and it’s important to show the full scope of what good female-friendly and female-created horror is capable of doing for the world. We’re happy to do that every day all year round here at Daily Grindhouse, but we’d be remiss if we didn’t throw our support behind this specific initiative.

Prompted by our own Mia Mayo (follow her on Instagram and check out her columns and videos here at Daily Grindhouse), here’s the first group question of 2016: This being Women In Horror Month, WHAT IS YOUR FAVORITE FEMALE-CENTRIC HORROR MOVIE AND HORROR PERFORMANCE? 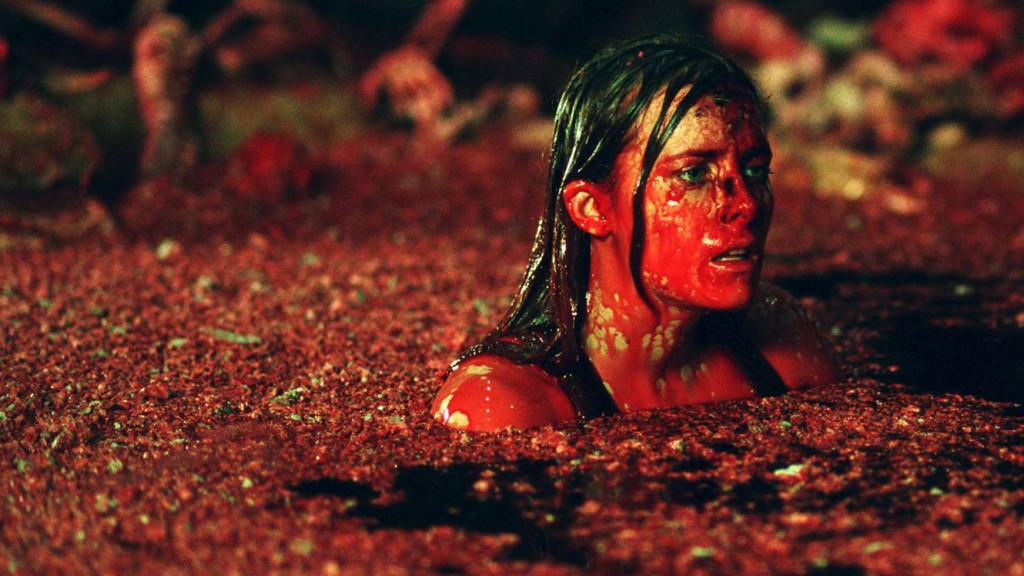 DOUG TILLEY:  Going to be the first to throw my hat in and say my favorite female-centric horror film is THE DESCENT. It builds from such a beautifully simple idea, but hits every note so perfectly. Wonderfully directed and written, with distinct characters who — unlike too many films — respond to the horror surrounding them in a realistic way. Best of all, it’s legitimately scary, and remains powerfully clausterphobic even while watching it at home. I mean, is there even another horror film with SIX female main characters? The fact that you’re probably searching your brain right now is a sad statement to the persistant boy’s club mentality of horror.

Favorite single performance, though? Eihi Shiina as Asami in AUDITION towers above all. Kiri-kiri-kiri. 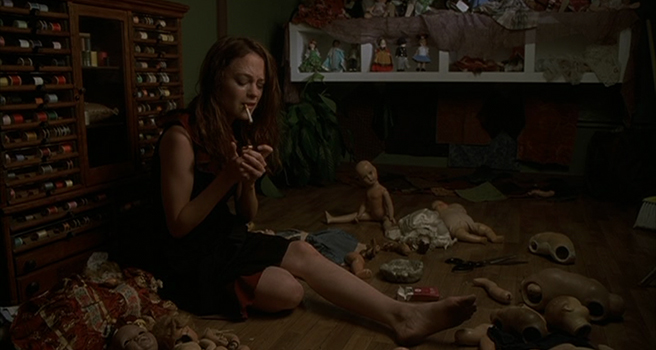 JEREMY LOWE:  I remember seeing the movie MAY in the theater back in 2003 with little to no expectation. I hadn’t see or heard any thing about the film. All I knew was that my boyfriend had read that Clive Barker thought it was amazing. Good enough for me. Goddadmn, my mind was blown! Director Lucky McGee had created a very cool feminist horror film that played with ideas societal norms, sexuality, and revenge. Before MAY, the only thing I knew actress Angela Bettis from was the film GIRL, INTERRUPTED, and I liked her in that…I just didn’t see her as a “horror” actress. I was wrong, MAY has cemented her reputation as a modern scream queen! As the titular character of MAY, Bettis masterfully portrayed a disenfranchised woman traumatized by a horrible childhood, trying her best to connect with other people. With each attempt, she is hurt, and let down. MAY is emotional, smart, and bloody! With great 1970s-style gore, and nods to giallo, hammer films, and classic exploitation, I’d have to say that MAY is without a doubt my favorite female centric horror film.

RYAN CAREY:  Not to kick over a hornet’s nest or anything, but my favorite female-centric horror flick is I SPIT ON YOUR GRAVE. First off, it’s horrifying as shit. Secondly, when Camille Keaton comes back for her pound of flesh (plus interest), she’s the most cool, calm, collected vengeance-seeker the screen has ever seen. She says so little and could kill you with a look — but why go that route when an axe will do? 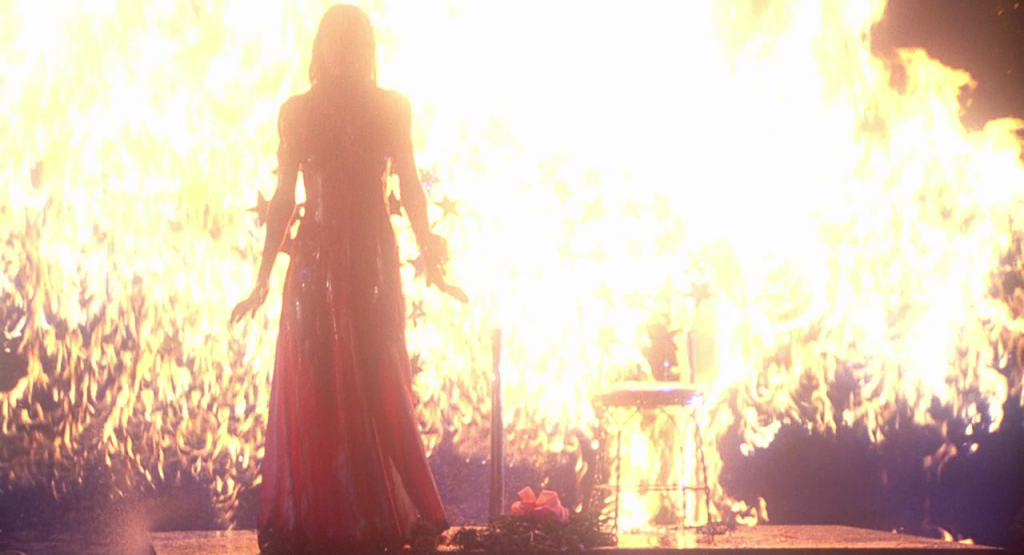 MIA MAYO:  My favorite female-centric horror flick (and favorite horror film of all time) will always be 1976’s CARRIE. I watch it once a month (period pun here) and every time I’m still totally and completely gutted that her prom turns out so utterly shitty. I don’t know how a film I have seen easily over a hundred times can still have the same powerful effect but this one always does! Damn you, Sissy Spacek! Damn you for making me continuously fall in love with Carrie White just to have my heart broken and soul crushed at the end! ugh! Now I have to go pop in the VHS and grab some tissues (and probably a maxi pad). 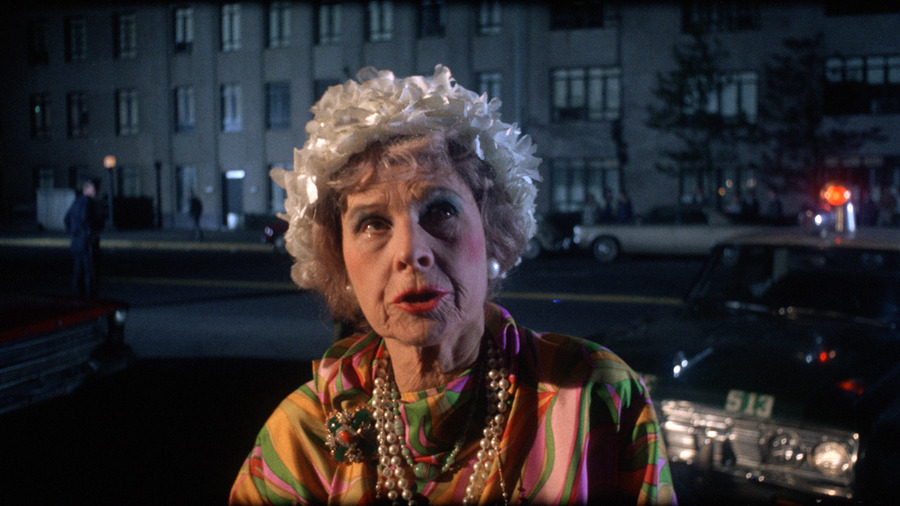 JOHN REENTS:  Well consarn it, Mia got there first!. Doesn’t change my answer though. For me, CARRIE is the gold standard in women’s horror (is that a thing?). Carrie White lives out two of every teenager’s greatest fantasies: She’s goes to prom with the most popular boy in school and is even elected Prom Queen. And when that all goes to hell, she gets her revenge on everyone who has made her entire life a living hell. What makes it even better is that the story upends the horror playbook with a story that’s entirely driven by women. The boyfriends are just beautifully-maned pawns. (Now let’s see… Carrie, Margaret, Miss Collins, Sue, and Chris. That’s only five. Close, but THE DESCENT still wins!)

Since Mia already nailed what makes Spacek so great in CARRIE, I’m gonna go with Ruth Gordon in ROSEMARY’S BABY. Minnie Castavet is one of the most complete characterizations ever committed to film. 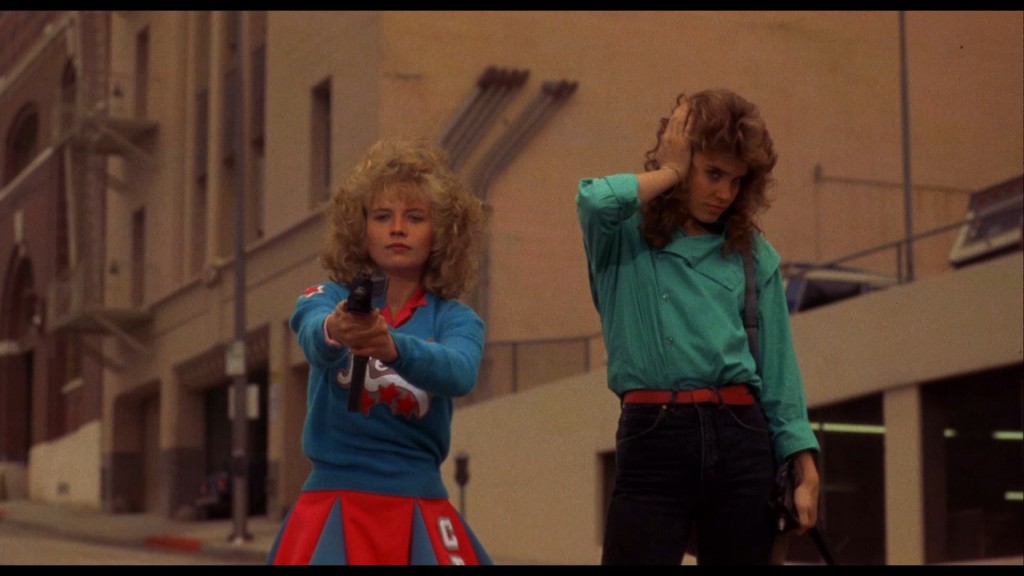 PATRICK SMITH:  I’m going to go with NIGHT OF THE COMET, a personal favorite of mine that also happens to have two of my favorite performances ever committed to the apocalyptic wasteland. NIGHT OF THE COMET has some kitschier elements that I don’t think hold up as well as they should but thanks to Catherine Mary Stewart and Kelli Maroney’s Reggie and Sam the film gets anchored with a pair of performances that feel lived in and natural which really sells the whole premise of two teenagers dealing with the near complete extinction of the human race via space radiation while simultaneously finding out those that are left are either mutated monsters or a bunch of asshole scientists. They add a level to commitment to the thing that works both in selling the seriousness of the desolation they find themselves in and then turning on a dime to dish out the films wicked sense of humor that has really worked in the films favor years later. 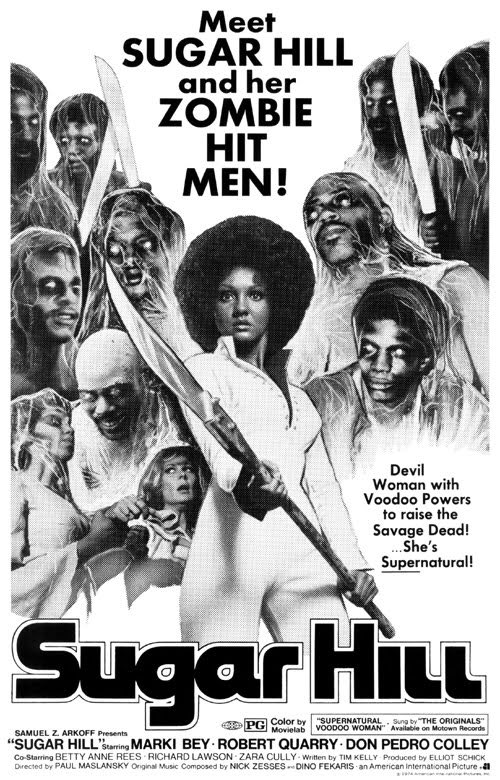 JON ABRAMS:  Excluding the one which I expected everyone else would be mentioning, and excluding the one everyone probably expects me to mention because I talk about it all the time, I’m going to celebrate a Women In Horror choice that arguably also works for Black History Month, SUGAR HILL.

Released by American International Pictures not even a month before FOXY BROWN, maybe the biggest surprise about this movie is that it didn’t star Pam Grier, the AIP superstar who just a year before made an appearance in 1973’s SCREAM BLACULA SCREAM. It’s very easily a role Pam could have played, theoretically, but SUGAR HILL is about a woman who sells her soul in exchange for the command of a zombie army she sends after the men who killed her nightclub-owner boyfriend. That’s not exactly a Pam Grier role — it’s a little harder upon close reflection to see Pam, a phenomenal and gorgeous force of nature, turning to voodoo for revenge when she doesn’t normally need the supernatural assist to whup a bad guy’s ass.

Marki Bey, who ended up with the role of Diana “Sugar” Hill, is a different sort of presence. She’s completely wonderful, for the record, but she has a slightly more urbane manner than Pam Grier, who in her AIP movies was fiery and coltish. She’s less of a physical presence than Pam is, though make no mistake, she’s definitely as charismatic as the movie needs. Sugar Hill’s fire is a much colder fire. Marki Bey is lovable and warm in the 1973 Arthur Marks picture THE ROOMMATES — she’s the one who most pops off the screen and makes a viewer, this viewer anyway, want to see and know much more about her. But Marki Bey’s acting career didn’t last past the 1970s, something that feels like more of a shame after seeing SUGAR HILL.

To some degree, SUGAR HILL is a silly movie, and it’s certainly an exploitation film, but to me there’s a fascinating moral charge to it. It’s one thing to punch or shoot a bad guy; it’s another thing to sic a horde of undead ghouls on them. Not that simple murder would be much nicer, but there’s something especially ruthless about how Sugar Hill goes about getting her revenge. The gangster who ordered the murder has a girlfriend, Celeste (Betty Ann Rees) who doesn’t get along with Sugar Hill — there’s a catfight, of course, and the girl’s a racist and it’s not too disappointing to see her defeated, but in the end Sugar dooms her to an eternity as the zombie hordes’ plaything. That’s awesomely cold.

If I didn’t find Marki Bey quite so attractive and appealing as an actor, and if the film had been directed by a madder filmmaker — Wes Craven or Tobe Hooper, maybe — instead of Paul Maslansky (who does a fine job in his one feature credit as director, but as the eventual producer of the POLICE ACADEMY movies, certainly isn’t a horror auteur), then SUGAR HILL could have been a movie that makes an audience more afraid of its righteously fearsome protagonist than even the monsters who lurk around the edges of the frame. As it is, SUGAR HILL is far more a terrific cult item more than any kind of legendary horror film, but it has faint traces of something epic. In another universe, this is a quintessential horror text concerning the loaded subjects of race, rancor, and gender. In ours, it’s at least snappy and fun. I’ll take it.